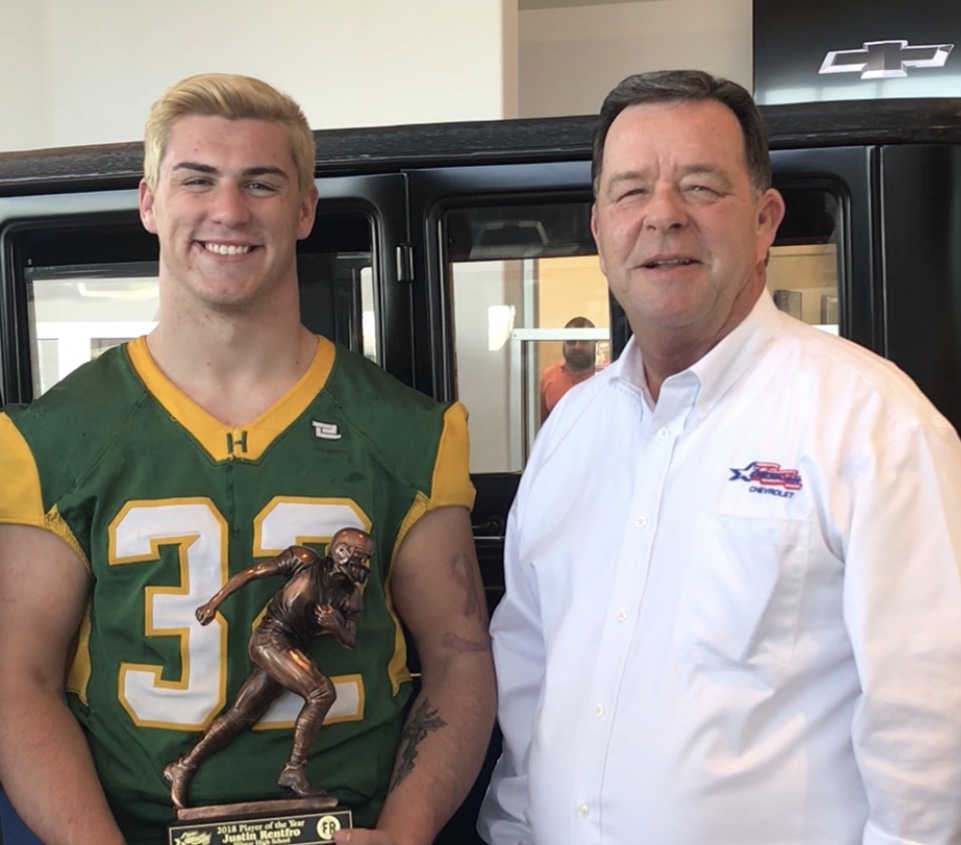 Justin Rentfro was the last to leave the field following Hilmar’s CIF Division VI-AA championship game victory over Strathmore, not wanting his senior season to come to an end.

More than a month after that convincing 49-0 victory, the season still lingers for Rentfro, the inaugural winner of Front Row Preps’ Player of the Year award, presented by American Chevrolet.

“There are no words to describe how thankful I am for you guys, and everything you guys have done for me. The recognition, everything, it’s just wonderful.”

Rentfro was a two-way starter for Hilmar, playing running back and linebacker and excelling at both positions. In 2017, Hilmar squeaked into the playoffs at 5-5 and then went on a Cinderella run to capture the Sac-Joaquin Section Division VI championship. This year, with two Trans-Valley League losses, Hilmar was denied a league title, but defended its section crown and then went on to capture its first state title in the CIF’s bowl era.

“Best senior season you could ever ask for,” said Rentfro. “We had a couple of losses,  but if it wasn’t for those losses I don’t think we’d be the team we were.”

The 6-foot-1, 215-pound Rentfro rushed for 1,125 yards and scored 15 touchdowns. On defense, he accounted for a team-leading 131 tackles. In the state final, he dragged defenders down the field for 139 yards on 11 carries, while on defense, he finished the night of Strathmore star Alonso Acevedo (1,779 yards, 32 TDs) with one crushing hit, bending his own facemask in the process.