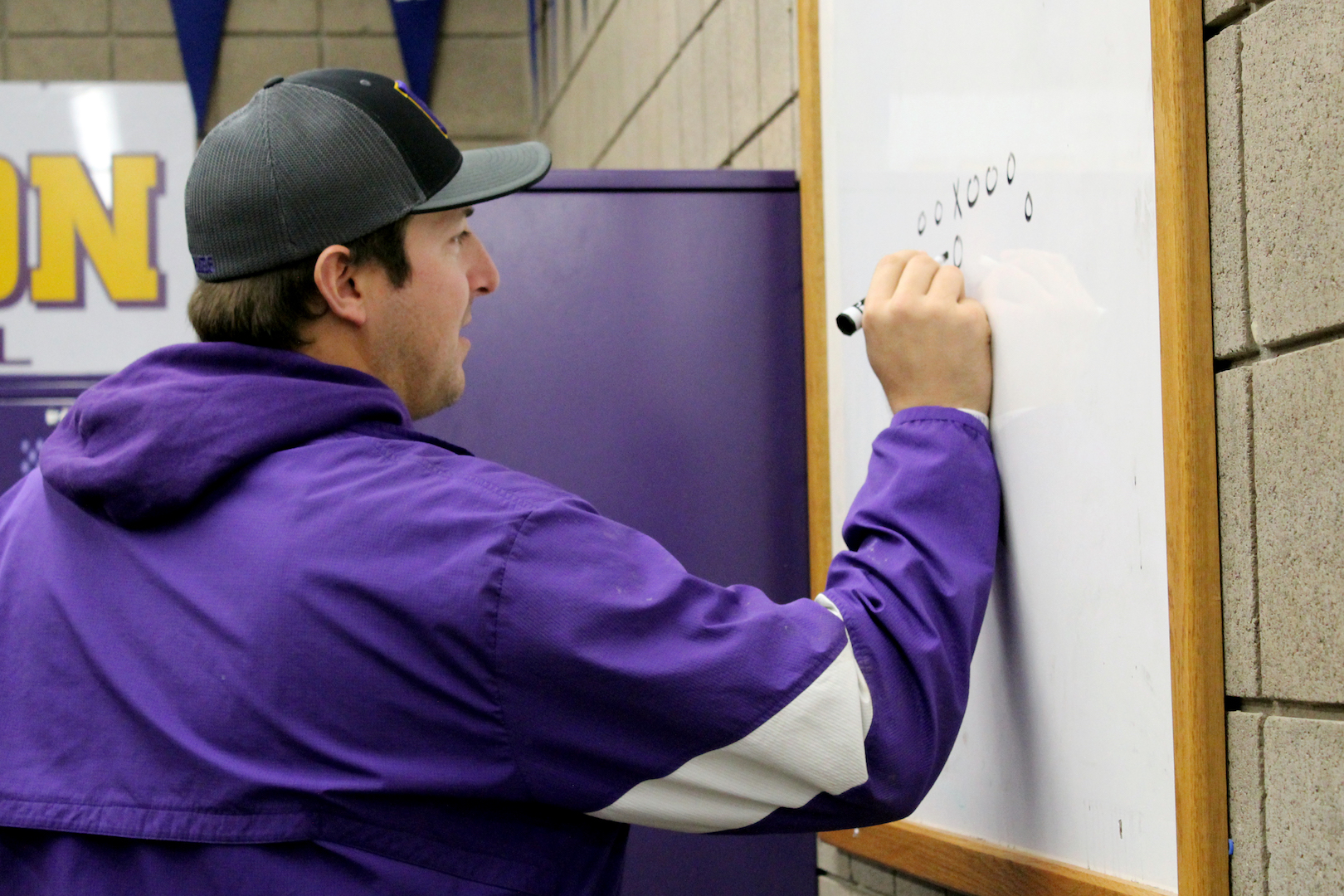 ESCALON — There’s something about football in a small town, and at first glance it would seem that Escalon, with a population of just under 8,000, is no different from any other.

The Friday night lights somehow shine brighter in one-school communities. But the hometown vibe could hardly be stronger than here, where the Cougars’ coaching staff is made up entirely of Escalon graduates.

As the Cougars ready for their second CIF state championship game this decade — the Northern California 4-A champions (13-1) will entertain SoCal champ La Jolla (10-4) on Saturday at 6 p.m. at Lloyd Engel Field — they are being prepared by coaches who once wore the purple and gold, and know what it’s like to play under the lofty expectations that surround the Escalon football program, which has won nine Sac-Joaquin Section titles in 14 trips to the big game, the third-highest accumulation of banners in section history.

“I think it’d be harder for (the players) to buy into what we’re doing if we were not Escalon guys,” said second-year head coach Andrew Beam, a 2006 graduate who helped the Cougars to a section title in the fall of 2005. “We all have the same experiences and we know what it takes to play and coach in this community, and the expectations that come with it.”

Between the six of them, they’ve accounted for three section crowns and seven overall trips to the title game.

But more than just being Escalon guys, with a proven track record, all six were coached by the same five men when they were in high school.

Mark Loureiro, the winningest coach in Sac-Joaquin Section history, had a staff of loyal lieutenants — Max Goldstein, Al Caton, Ray Scott and Mike Backovich — who either coached with Loureiro or at Escalon for decades. Even Loureiro’s junior varsity coach, Randy Northcutt, was a constant.

“I think it’s a major factor to get support from the community that way,” said Loureiro, who helmed the Cougars from 1989 to 2017. “The kids see the continuity of players who are now coaching.”

Hoover, who began to coach in 2009, bridged the gap between staffs. He wouldn’t want to coach anywhere but his alma mater.

“It’s made me a better coach,” said Hoover, who played on two section runner-up squads in 1998 and 1999. “I don’t want to let these people down. There’s a sense of pride in this community.”

Frank Marques, coach of Trans-Valley League rival Hilmar, coached the Yellowjackets to a state title in 2018 and had his team back in the final this year. Of his staff of 15, 13 are Hilmar graduates. Marques himself played for the legendary Jerry Van Lengen.

“There’s a culture that you’re brought up in and that you believe in,” said Marques. “That matters … I couldn’t imagine picking up and coaching somewhere else.”

Running back Colton Panero, who averages 10.6 yards per tote this season for the Cougars, envisions himself being a coach someday. Guess where he’d like to ply his trade.

Alec Von Alvensleben is the coaching newbie, having graduated from Escalon just six years ago. He went on to play football at San Joaquin Delta and Midland University in Nebraska. When Beam took over, he called on Von Alvensleben to help him with receivers and DBs.

“I came out that summer to work with some of the guys and I didn’t think I’d like it as much as I did,” said Von Alvensleben, who played in two section finals. “If I’m having a bad day, I can’t help but smile when I get around the kids.

“I wouldn’t coach anywhere but Escalon. It’s the tradition of the program.”

Tradition. It’s a word that Loureiro was fond of using.

“We used to have a T-shirt that said, ‘Tradition Never Graduates,’ ” Loureiro remembered. “And it’s true.”

Well, tradition might graduate, but if it does, it sure doesn’t stray far from the Escalon city limits.