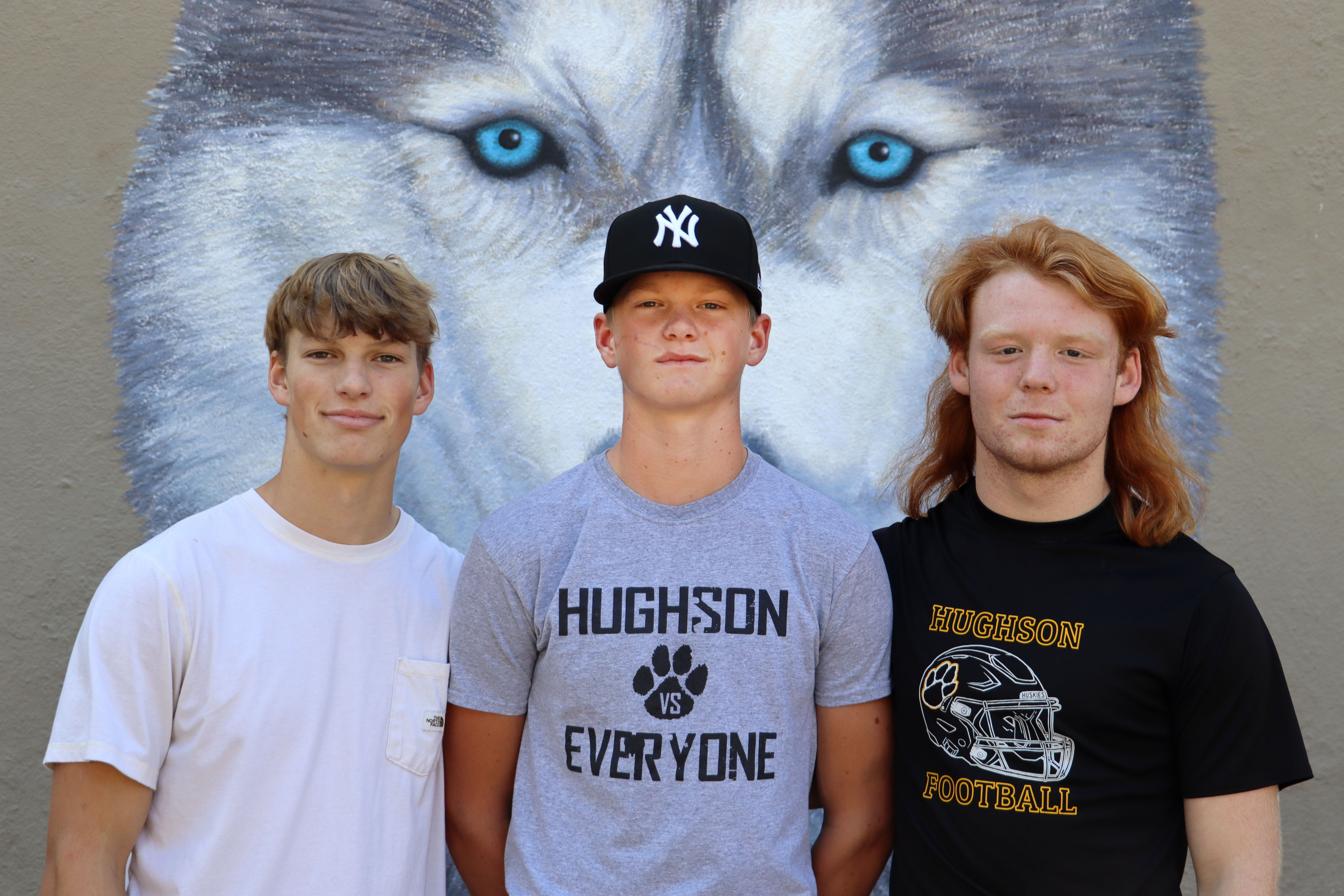 It was a warm summer night. Escalon’s Engel Field was packed for Homecoming and the TVL opener. The crowd was excited for another installment in the longtime Hughson/Escalon rivalry that dates back to 1932.

What they got was definitely a surprise: the Huskies stunned the Cougars in a 29-14 defeat for the first time since 2015.

Head coach Shaun King, now in his fifth year at Hughson, knows that Escalon is a tough team and has prepared just for this matchup.

“We have a thing called Escalon Week. It's more focused, we practice a little bit longer than we have in the past,” he said. That extra preparation paid off. “We told the boys the plan on Monday and they executed it for four quarters,” he continued.

King did not want a repeat of last year where the Huskies led by 13 at halftime, but Escalon came back to beat them, and neither did his team. Senior running back Liam Bridgeford knew he needed to be a leader on the field.

While the first quarter started out slow with one touchdown apiece, wide receiver Larkin Meyer found that encouraging.

“They scored; we answered back so I knew they were just as human as we were and there was a chance that we could win this.”

Meyer was instrumental to that chance with one touchdown and two interceptions, saying he “was just in the right place, at the right time.” The Huskies didn’t allow Escalon to score again until the fourth quarter.

After last year’s stinging defeat, King didn’t let himself think about winning “until [they] took a knee.”

As the clock wound down, Bridgeford says he was “in disbelief” and full of pride in his team and Meyer wishes he could go back and experience that night again.

“It was a fun weekend. Last night we had a pizza party and watched Monday Night Football together as a team,” said King. “Today it’s back to Livingston.”

While Livingston Wolves may not be as renowned as the Escalon Cougars, last year they shut out the Huskies. This year, the Huskies will have the added distraction of Homecoming to contend with as well.

“We have to come down from our high last week … We have to get them back focused, refocused this week,” remarked King.

Sophomore quarterback Robert McDaniel agreed, “We definitely have to come down to the middle again. We have to work on repeating what we did last week.”

Beyond Livingston, the Huskies are eagerly anticipating the rest of their season including a showdown with Hilmar. Bridgeford is trying to pace himself, “We can’t get ahead of ourselves. We still have to work as hard as we did last week. We gotta go game by game.”

Samantha Schmidt is a freelance reporter and photographer, whose work has been featured at FrontRowPreps.com for the last two years.