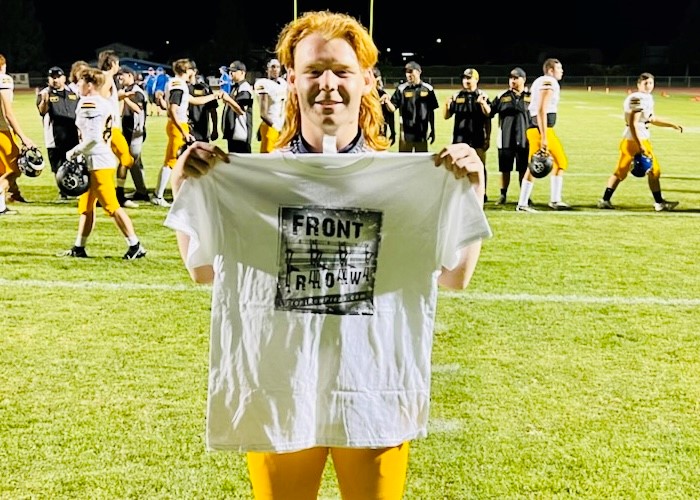 Huskies senior Liam Bridgford helped play the role of spoiler, delivering the play of the night – ripping the ball out of a running back’s arms and taking it 90 yards to the end zone.

Huskies coach Shaun King “expected (to win) coming into this week,” but explicitly stated that there was more work to be done.

“We had a lot of mistakes,” he said following a win over the much larger school. “Next week is going to be a challenge, (Hughson) and Orestimba go way back, and no matter what, those games are always tight.”

Even through mistakes, King stated that he was “proud of his boys,” and for good reason. Hughson dictated terms on an evening that saw Sierra return to Harbison, the architect of its CIF State title run in 2015. Huskies senior Liam Bridgford helped play the role of spoiler, delivering the play of the night – ripping the ball out of a running back’s arms and taking it 90 yards to the end zone.

“I just thought I needed to keep him up so I could get the ball,” said Bridgford, the FrontRowPreps.com Player of the Game. “Our coaches preach – score. Fumble and score. That’s all I thought. Take it to the corner (of the end zone).”

Although the going was rough for the Timberwolves, it was not without a few bright spots. Junior quarterback Tim Sarginson came on in relief in the late second half, and immediately sparked the Timberwolves’ spread offense. He guided Sierra into the red zone on back-to-back possessions. Sarginson led Sierra to the red zone on his second drive with one thing on his mind – score.

Sarginson called his own number on the drive, plunging in from inside the 5-yard line to make it 55-15 late in the fourth quarter.

Sierra’s first touchdown came on the receiving end, with Junior Andreyas “Dre” Gutierrez finding his way to the house late in the first half.  Gutierrez ran a slant route, reeling in a scoring toss from starting quarterback Arjin Birdi.

Gutierrez described the play as “just catching the ball and taking it up field.”

The Timberwolves (0-1) look to bounce back next week against Stagg, while the Huskies (1-0) look to keep the train rolling against Orestimba.