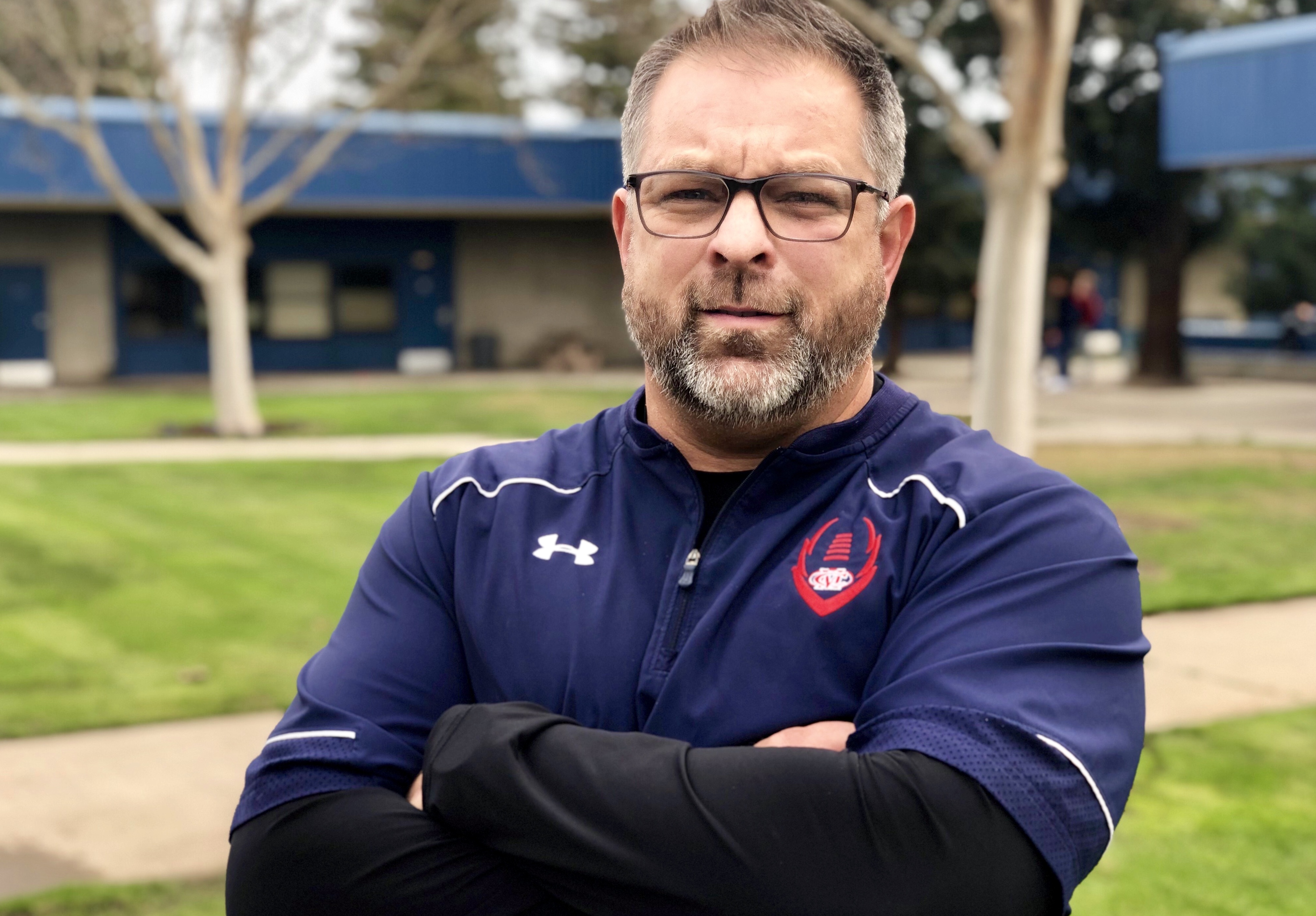 Mike Parsons has stepped down as the varsity head coach of the Modesto Christian football program. Parsons has won a school record 99 games in 11 seasons at the helm.

His tank on 'empty,' Parsons steps down as football coach Modesto Christian.

Mike Parsons has stepped down as the football coach at Modesto Christian. After 23 years of coaching, including 17 as a varsity head coach in the Sac-Joaquin and Central sections, Parsons says his tank is empty.

The announcement was made Wednesday morning.

“After a tough loss (to Ripon Christian in the semifinal round of the Division VI playoffs), going through Christmas, praying about it and taking some time to reflect, I felt my tank was empty as far as being a head coach,” said Parsons, who steps away with a career record 125-75. “ … I think I’ll coach again, but I don’t think I’ll be a head coach again.

The decision stunned many in the Modesto Christian community, including athletic director Robb Spencer. Parsons has won more games than any football coach in school history and has led the team to three Trans-Valley League championships since returning to the Sisk Road campus in 2014, including shares of the last two crowns.

Yet, the 2018 season was as difficult as any, despite the Crusaders’ success. Parsons’ assistant and close friend, Jeff Martin, died in March, testing the program in ways no opponent could. “I lost not only a football coach, but a brother,” Parsons said in the days after Martin’s death.

Modesto Christian rallied around “Coach Mack,” turning personal tragedy into a triumph. The Crusaders won 10 of their 12 games, relying on one of the section’s stingiest defenses. Modesto Christian earned a share of the TVL title and spent time at No. 1 in the FrontRowPreps.com small-school poll.

“His record. The league titles. The all-league selections and the players that have moved on (to college and the NFL). It’s the whole spectrum,” Spencer said. “That kind of coach doesn’t come along very often. Everything that he brought here, on and off the field … he’s definitely going to be missed.”

Parsons will remain on campus as a teacher. His daughter, Hannah, is a sophomore guard on the varsity basketball team.

As for his successor, Spencer said Modesto Christian will conduct a national search. The position is an attractive one, he says, because of the program’s success and its top-level talent. National recruit Xavier Carlton headlines the list of returners. The highly-touted defensive end holds offers from Notre Dame, USC and Oregon, among others, and was recently named to the All-Region team.

“It’s going to have to be a special person, because we’re a small school,” Spencer said. “As long as I’ve been here, it’s been iron man. It’s intriguing, but at the same time I know it’s difficult. You have to have the right mind frame.”

Parsons was born from a small-school culture (he was raised in Chowchilla) and won at every stop in his coaching career, beginning with a CIF State championship at Modesto Christian in 2009.

Former athletic director Greg Pearce, who hired Parsons each time and considers him one of his closest friends, recalled the magnitude of that 2009 season.

“It was huge for the football program and the school,” Pearce said. “It lit up the school in a positive way and it really showed what can happen when the coaching staff and players come together. Mike did a great job of leading that group. That really set the tone and sent the program to a whole new level.

“The most important thing, though, at least for me, wasn’t the winning aspect. What Mike brought to the school and football program was a winning culture. I don’t mean just wins and losses, but he showed what can be accomplished when the kids and the coaches have the same goal.”

Parsons left Modesto Christian after that season for a high-profile gig at Clovis West and once again, he found immediate success. He helped guide the Golden Eagles to the Central Section Division I title with a 20-10 victory over Bakersfield, capping a 12-win season. After three sub-.500 campaigns at Clovis West, Parsons returned to Modesto Christian in 2014 and led the Crusaders to a TVL championship and appearance in the Division VI section final.

“People can say anything they want to say, but at the end of the day he has this gift of getting kids to buy in and make special runs, year in and year out,” Spencer said. “For all the coaches out there, they know that’s not easy.”

He leaves Modesto Christian with a school-record 99 career wins and a share of back-to-back TVL titles in 2017-18. In 11 seasons at the helm of the Modesto Christian program, Parsons won 73 percent of his games (99-36) and guided the Crusaders to five section final appearances.

His only Sac-Joaquin Section championship came in 2009.

“Looking back, three are three things that every successful team has: One, you have to have talent. Two, that talent has to have some level of character. They got to put team first and be ready to compete. And the last thing you need is chemistry,” Parsons said. “Those three things are key. When you have those kinds of teams, you just try to stay out of the way. You don’t want to screw things up.”

Parsons hopes his legacy is that of his high school coach, Mike Little of Chowchilla. Parsons played for Little as a sophomore, junior and senior.