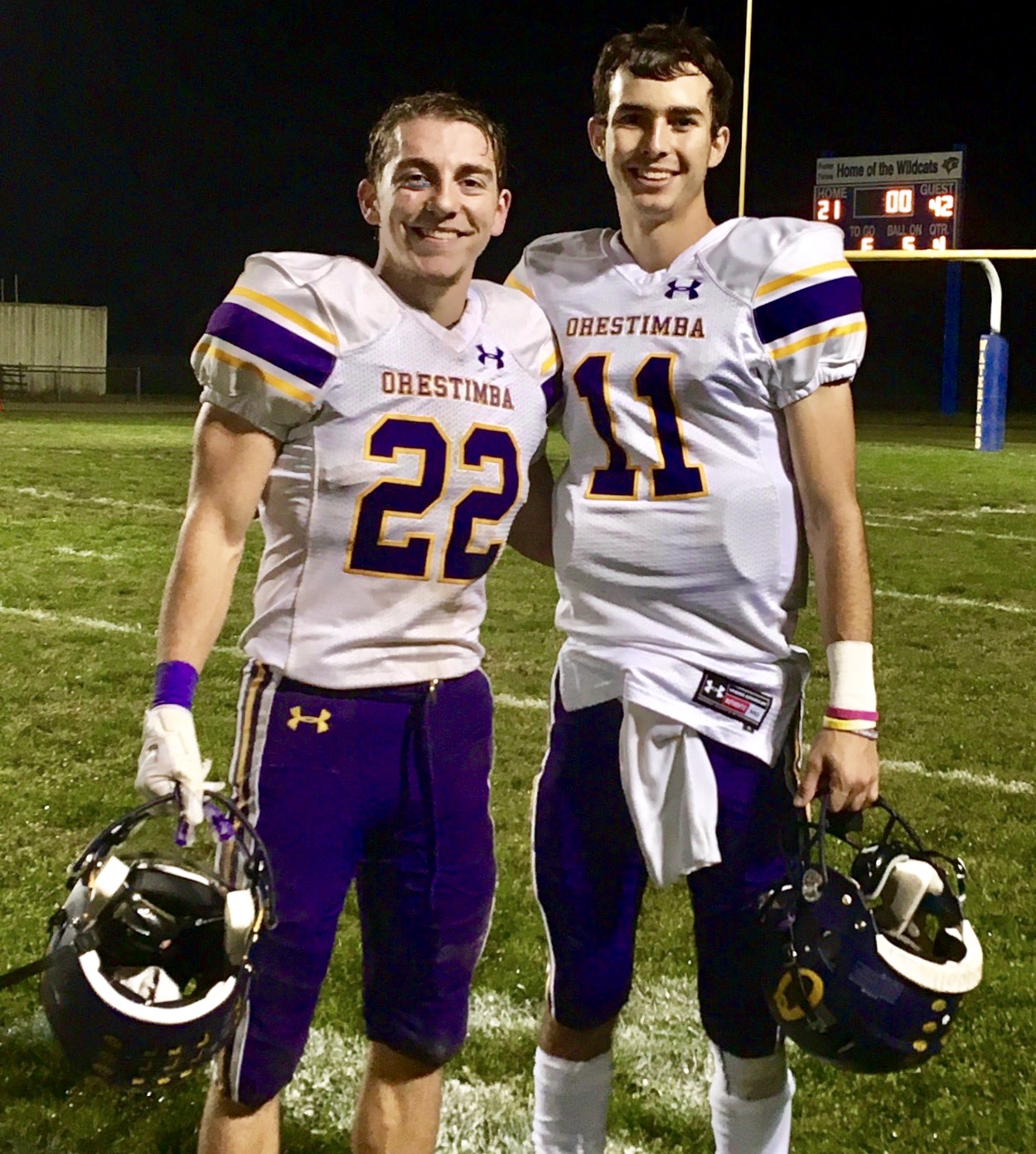 'I put in the work and nobody could deny me.' Vargas tops list of Southern stars.

NEWMAN — Tyler Vargas is aware of the company he keeps on the Sac-Joaquin Section leaderboard.

The Orestimba wide receiver led the section in receiving this season, finishing two places ahead of Folsom’s Joe Ngata, a Clemson commit and U.S. Army All-American.

Vargas had a career-high 1,458 yards on 87 receptions en route to the Southern League’s co-Offensive Player of the Year award and first-team selections on both sides of the ball. He also had 20 touchdown catches, second only to Ngata who played in four more games.

While it’s an unfair comparison, Vargas’ production and playmaking ability is undeniable, and his confidence is buoyed by the company.

“It means a lot, because I knew I’m a small guy. A lot of people don’t even give me a chance,” he said. “All offseason I put in the work and nobody could deny me that. I knew it would show in the season.”

Vargas, who will play at Modesto Junior College next fall, was one storyline in a banner season for the Southern League.

Led by one of the section's top scoring defenses, Ripon Christian snapped Orestimba’s stronghold on the league crown with a come-from-behind 23-17 victory and clinched a berth in the Sac-Joaquin Section Division VI final. The Knights won a program record 12 games, including a victory over Trans-Valley League co-champion in the D-VI semifinal, and the league title was its first in five years.

Denair and its vaunted Wing-T offense dropped into the Division VII section tournament and rolled to section and CIF State championships.

“It was cool to see Ripon Christian go to sections,” Vargas said, “and Denair winning a state title, good for them. That was pretty cool.”

Here’s a look at the Southern League’s major award winners and all-league selections, as voted upon by the coaches: