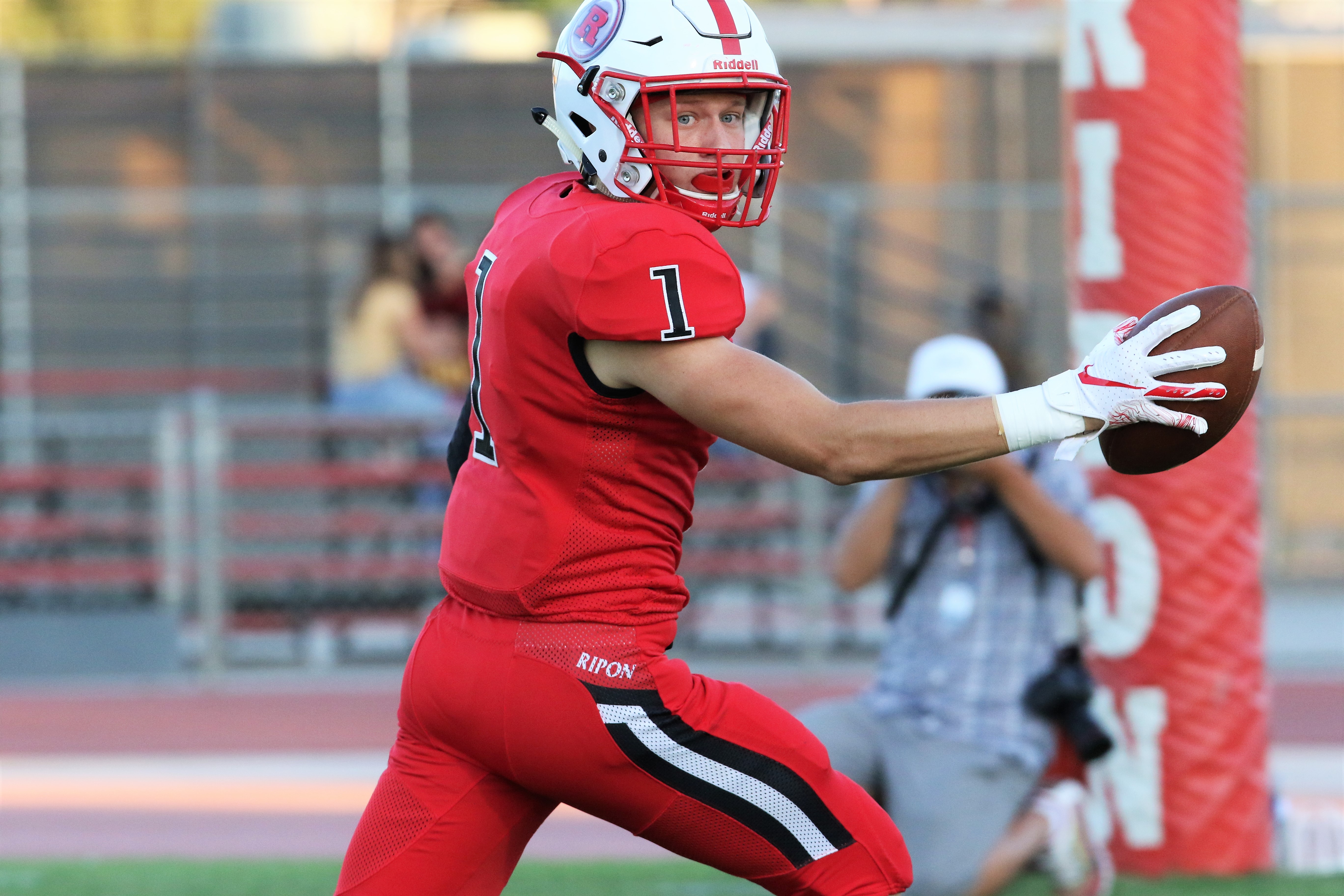 1. (1) Escalon (2-0): The Cougars have outscored their first two opponents 82-7, including a 17-0 finishing kick to secure a 24-7 victory over Mother Lode League title contender Calaveras. Escalon has won three straight against Calaveras and eight of the last 10. Friday: vs. Sonora. ‍

2. (2) Ripon (2-0): After missing on his first two throws, Indians quarterback Nico Ilardi was perfect the rest of the way in a 55-14 victory over Sonora. Ilardi completed his final six pass attempts, connecting with Dorian Dougherty for three touchdowns and totaling 216 yards through the air. Ilardi also rushed for two touchdowns. Friday: at Central Valley. ‍

3. (3) Hilmar (2-0): The Yellowjackets outscored Los Banos 28-7 in the second half. Senior Trent Crowley had 10 touches for 132 all-purpose yards, including eight carries for 115 yards and two touchdowns. Aiden Azevedo finished two of his three receptions in the end zone as Hilmar collected its ninth consecutive victory by 10 or more points, a streak that dates back to last season. Friday: at Gustine.‍

4. (4) Amador (1-0): Four different players scored a touchdown for the Buffaloes, who corrected quickly after a slow start in a 34-10 win over Orland. Amador was held scoreless in the first quarter and trailed 3-0 before erupting for 34 unanswered points. Miguel Mora led the way with two touchdown runs, while Augustus Gedney, Kole Alleyn and Blake Stock had one score apiece. Friday: at Liberty Ranch.‍

5. (7) Ripon Christian (1-1): After a season-opening loss to Grace Davis, the reigning Division VI section finalists bounced back in a big way with a 42-3 victory over Stone Ridge Christian. Sean McGovern accounted for all of the offense as the Knights surged into the halftime break ahead 21-3. McGovern, a preseason All-Region selection, had two rushing touchdowns and a 25-yard scoring grab to set the rout in motion. Friday: vs. Summerville.‍

6. (8) Denair (2-0): Running back Dylan De Silva picked up where he left off in last week’s season-opener. De Silva scored the first two touchdowns in a 34-7 rout of Woodland Christian. Through two games, the Coyotes, a defending small-school CIF State champion, have outscored their opposition 83-21. Friday: at Soquel.‍

7. (5) Calaveras (0-1): Calaveras hung tight with small-school No. 1 Escalon, but couldn’t keep pace as cramping and a lack of depth eventually took its toll. Nolan Dart tied the game at 7-7 late in the first half with 4-yard touchdown pass to Jake Black. Friday: at Modesto Christian.‍

8. (nr) Orestimba (2-0): The Warriors make their poll debut after a thrilling 22-21 victory over Hughson. Quarterback Anthony Casillas converted a pivotal two-point conversion with 5:45 left, connecting with Jayden Vargas on a rollout for the eventual game-winning points. Leading 22-21, the defense ushered the Warriors into the winner’s circle, holding its ground as Hughson mounted a drive that stalled at the Orestimba 25. Friday: at Golden Sierra.‍

9. (6) Hughson (1-1): The Huskies missed a 39-yard field goal in the final moments of a 22-21 loss to Orestimba. The Hughson kicker was iced twice by Orestimba coach Aaron Souza, who used his final timeouts wisely. Hughson has lost three straight to the Warriors since 2015, and all three have been decided by a touchdown or less. Friday: at Argonaut.‍

10. (nr) Livingston (2-0): The Wolves improved to 2-0 for the first time since 2011 with a 61-14 victory over Tranquility. The win was spiced with touchdowns by Eli Morales, Cooper Winton and Celso Sanchez, who scored on the team’s opening play. Friday: at Delhi.‍