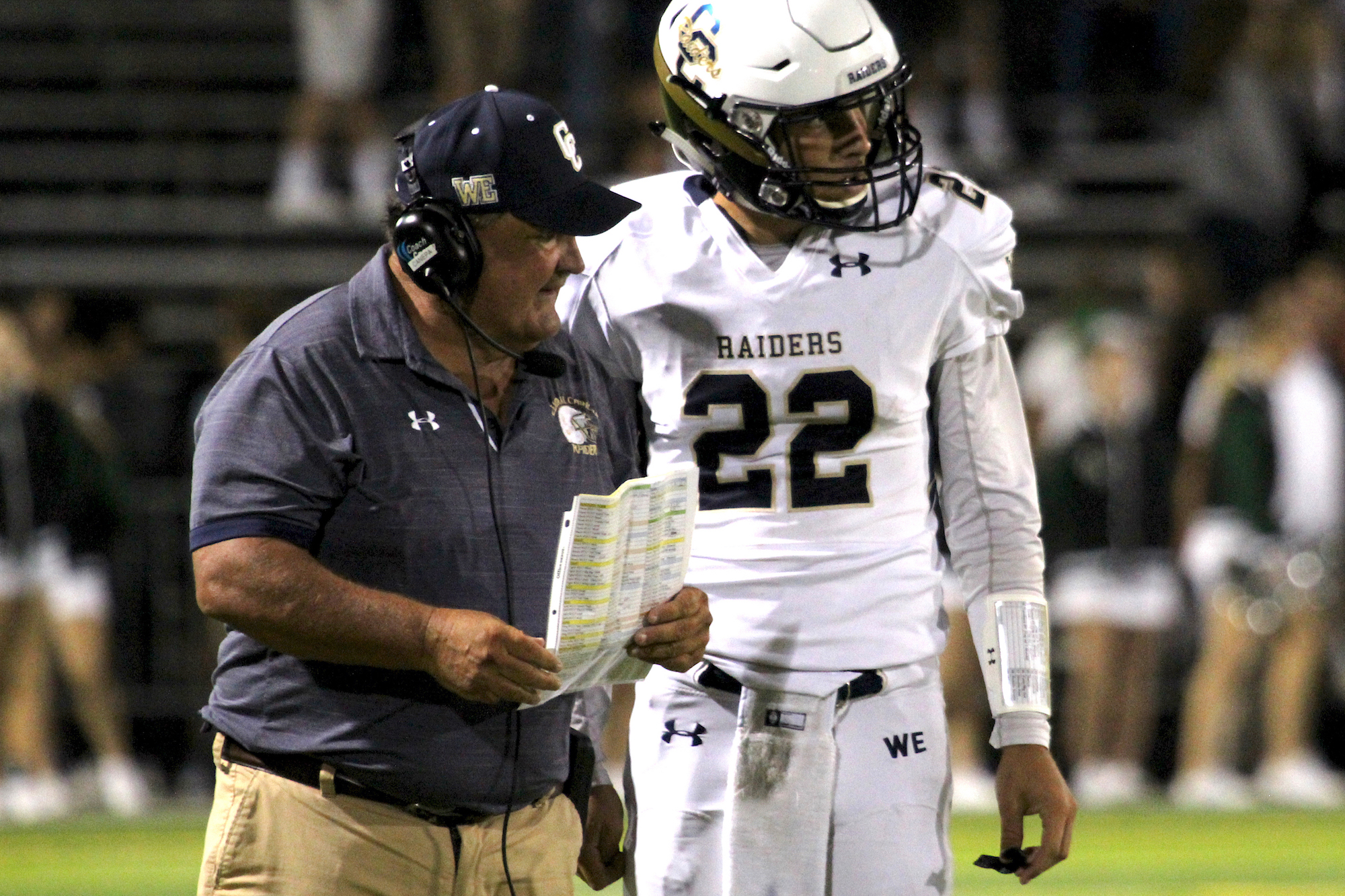 On Thursday, the school finalized a two-year, home-and-home contract with Upland of Los Angeles, a Southern California regional finalist in the fall.

“I want to play the best,” Central Catholic coach Roger Canepa started, “to see just how good we really are.”

Upland fills a void left by Lincoln of Stockton, and completes a daunting five-week stretch to open the season for the Raiders.

Central Catholic kicks off with back-to-back home games: vs. Clovis West, Aug. 23; and De La Salle, Aug. 30, which is expected to be the biggest home game in school history. De La Salle reached the CIF State Open Division final and finished No. 3 in the state. The Raiders’ next three are on the road, including trips to Holy Bowl rival St. Mary’s on Sept. 6; at Upland, a school just east of Los Angeles, on Sept 13; and at Manteca Sept. 20 for their Valley Oak League opener.

"It's exciting. Not everyone gets this chance," junior wide receiver/defensive back Sithri Price said. "When you play teams like that, you get more energy, like you want to work even harder. You want to be that person that competes at that level."

The Highlanders/Scots feature one of the top recruits in the nation — linebacker Justin Flowe, a 6-foot-2, 225-pound stopper. Flowe had 145 tackles, including 17 for a loss, and five sacks last season. He also forced two fumbles. Flowe holds offers from more than 30 schools, including Alabama, Clemson, Oklahoma, Michigan, Ohio State and USC.

“It’s all about playing the best guys,” Canepa said. “People talked about our schedule last year. Well, we replaced Lincoln with the 16th-ranked team in the state. That’s an upgrade. Now this is the toughest one (schedule) ever. When people thought we would downgrade, we upgraded. When people thought I’d gone crazy, I guess I’m a little crazier.”

Central Catholic will build around a strong nucleus.

On the offensive side of the ball, the Raiders return both quarterbacks — Santa Clara baseball commit Dalton Durossette and Kyle Jackson — running back Minaya Olivo, wide receivers Frank Clark and Price, and offensive linemen Armando Palominos (6-foot-3, 260 pounds) and Julius Lewis (6-4, 260). On defense, the Raiders will lean on linebacker Tony Cardenas and defensive end Nic Sani, who missed most of the season with a shoulder injury.

"For many of us, it's going to be our senior year," Price said. "We got to put our names out there."

Canepa, who led the Raiders to four consecutive CIF State titles from 2013-2016, has another rich collection of talent — and the schedule to sharpen and hone them.

“What good does it do you when you play somebody you’re going to beat by 60? I’m not as worried about win totals. I want to get better,” Canepa said. “Why not play better teams? It didn’t affect us last year. Our schedule last year made us better and this will make us better, too.”