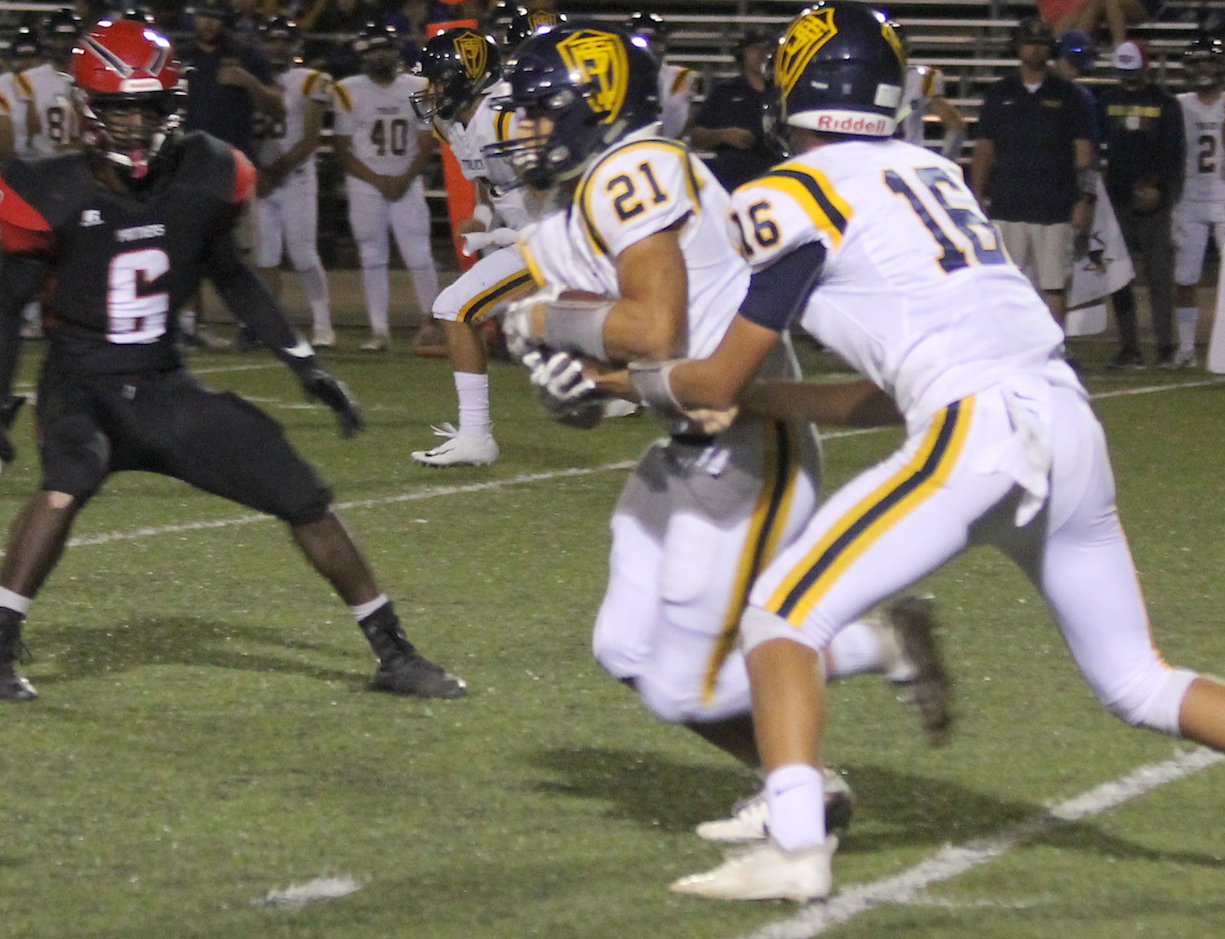 Turlock running back Anthony Farias carries the ball during a victory over Modesto on Oct. 5, 2018. (Joey Santos)

While both teams relieved heavily on the ground game, the impact player of the game, Turlock’s Lucas Curtis, had success through the air and on the ground. He caught two touchdowns and ran for two, with a successful two-point conversion as well.

Despite this, the Bulldogs saw consistent production from the quarterback tandem of Brock Paslay (12 of 16, 143 yards, two interceptions) and Jonah Kosakiewicz (2 of 2, 20 yards). Paslay started the game and threw for two touchdowns. Kosakiewicz played the second half and ran for a touchdown.

Turlock’s dominant offense faltered few times throughout the game, going the whole game without a punt. They snatched the lead early in the first quarter and never surrendered it. The Bulldogs led 24-13 at the intermission and then closed with a 14-0 charge in the second half to win a rivalry that began in 1921. .

Each team fumbled the ball at least two times, Turlock fumbled three. Turnovers were a theme, as they were plentiful. There were six turnovers, and would have been three more if all were recovered by the defense.

Turlock’s defense hounded Modesto quarterback Alonzo Rodriguez all game, forcing him to scramble for short gains. Halfway through the second quarter they got to him in the end
zone and forced a safety due to an intentional grounding call. Modesto’s highlight performer was Jaquile Ingram, who caught a 40-yard touchdown and had an interception. Ingram finished with three catches for 104 yards.

The Bulldogs' defense shut down the Panthers' vaunted run game. Zaire Eugene was limited to 12 yards on five carries, while Daeveon Graves had 6 yards on two totes.

This article was written by Joey Santos, a Manteca High senior.