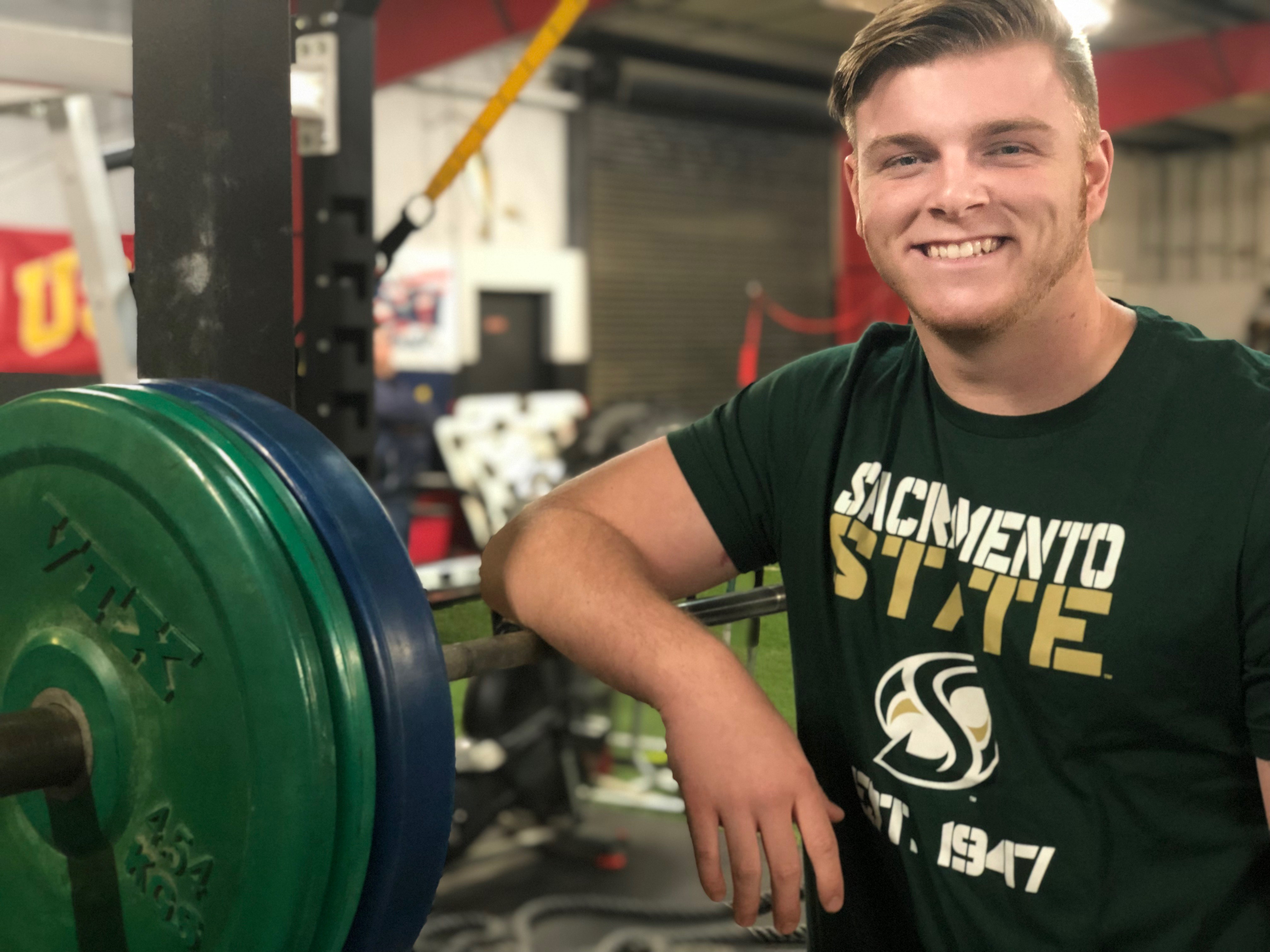 Downey center Jackson Betz will be a preferred walk on at Sacramento State in the fall. Betz celebrated his opportunity on Wednesday, Feb 6, 2019, during a Signing Day celebration at Bonsu Elite Athletics.

Into the Hornet's nest: All-Region center Betz will walk on at Sacramento State.

Betz was an all-Central California Athletic League and FrontRowPreps.com All-Region performer for the Knights, which became the first Modesto City Schools program to win a playoff road game in nearly 20 years this fall. The Knights whipped short-handed Grant of Sacramento, 57-27.

“It was the best option for me,” said Betz, who projects as either a center or guard at the next level. “It’s close to him. My sister goes there already, so I got connections there; got a few friends there. It’s a good program with new coaches, (and) I love the way they’re running it. I felt comfortable there; liked my visit.”

Betz joins a program with an exciting future under first-year coach Troy Taylor, who signed 14 players during the December and February commitment dates.

Betz isn’t a scholarship athlete — yet. He will report to offensive line coach Kris Richardson, who, along with Taylor, turned the Folsom High football program into a state and national power.

When asked what he looks forward to the most, Betz didn’t hesitate or flinch: “Competition,” he said. “I want to prove … whether I can do this, and keep pushing myself to work harder.”