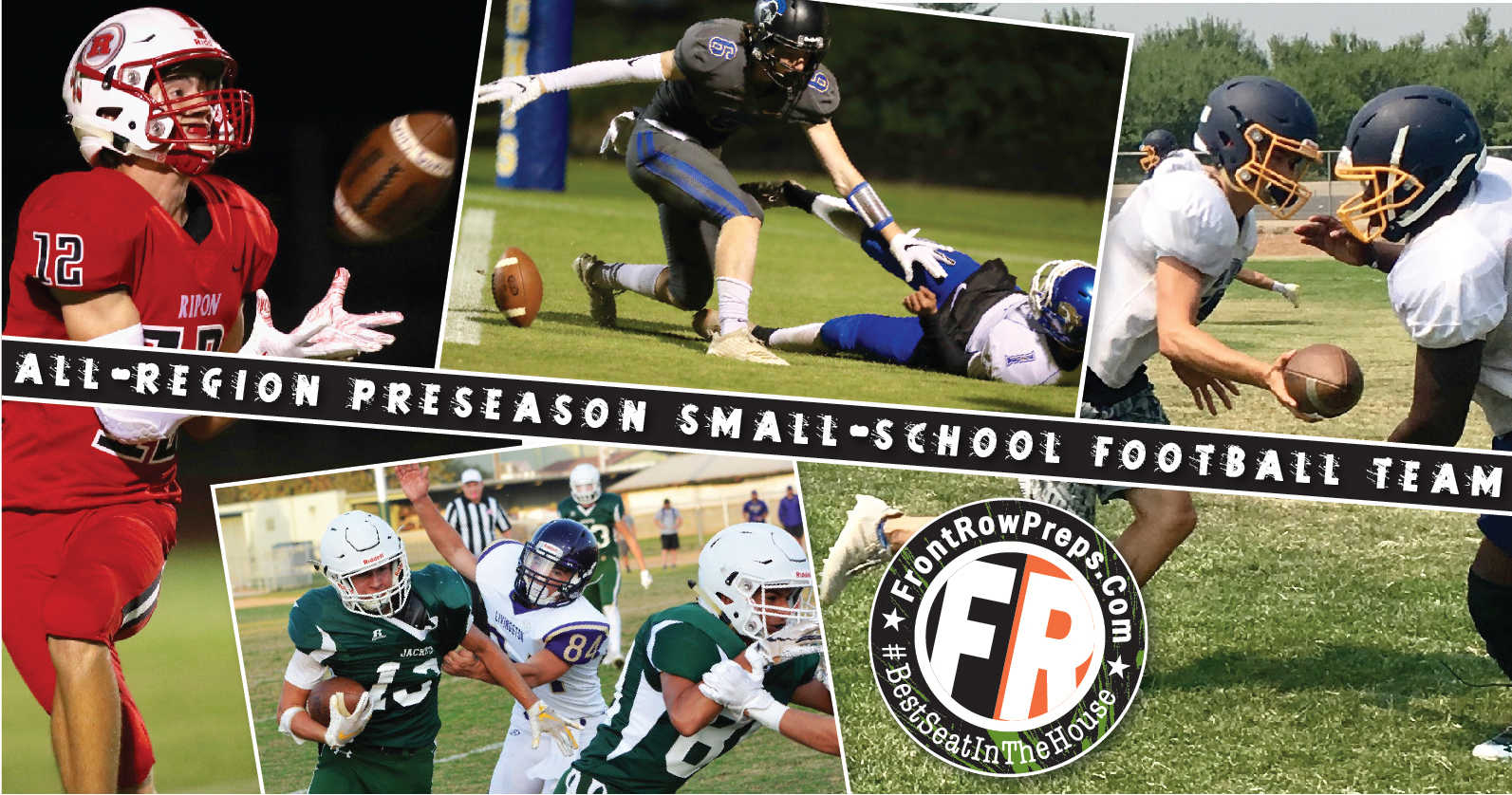 Ty Harris, Escalon: The Cougars’ old-school, run-heavy offense should evolve with Harris under center. He was promoted from the junior varsity team a season ago and started in the playoffs as Escalon reached the Sac-Joaquin Section semifinal round.

Nolan Lingley, Ripon Christian: Missed most of last season with a shoulder injury, but has all the intangibles -- arm talent, athleticism and leadership ability -- to develop into an MVP candidate in the Southern League.

Luke Anderson, Escalon: The strongest of the Cougars, Anderson, a hard-charging fullback, led the team in carries (146) and touchdowns (10) and finished second in yards (740) as a sophomore.

Dylan De Silva, Denair: De Silva is the Coyotes' top returning rusher and is poised for a big season after racking up 995 yards and 14 touchdowns during the school's CIF State championship run.

Troy Brogan, Ripon: A multi-sport athlete, Brogan has added considerable muscle to his 6-foot-3 frame. He should see an expanded role, offensively, with the arrival of throwing quarterback Nico Ilardi.

Cole Bailey, Hilmar: Bailey will be one of the breakout stars of the 2019 season. On a team full of fast-action athletes, Bailey is the pace setter. A track-and-field star, Bailey was called up for the Yellowjackets’ state run and finished with three interceptions in five games.

Sean McGovern, Ripon Christian: McGovern can do it all for the Knights, and he may be asked to fill the void left by graduated star Michael Kamps. McGovern had 560 receiving yards, 11 total TDs, and defensively, accounted for nine turnovers (four interceptions and five fumbles).

Gus Gedney, Amador: Though he appeared in only eight games for the Buffaloes, Gedney’s impact was considerable. He led the team in catches (26), yards (692), yards per catch (26.6), and touchdowns (nine).

Carlo Morales, Denair: Though undersized at 5-foot-8 and 180 pounds, Morales is an effective run blocker for the Coyotes. He was named the Southern League’s Offensive Lineman of the Year last fall.

Wyatt Van Vliet, Ripon Christian: A force on both sides of the ball, Van Vliet (5-foot-11, 235 pounds) was an all-Southern League first-team selection as an offensive lineman. Defensively, he had 113 tackles.

Inigo Baxter, Amador: Baxter represents the promise in Sutter Creek this fall. Baxter is a returning all-Mother Lode League first-team selection for the Buffalo, who finished 8-4 and reached the second round of the Sac-Joaquin Section playoffs.

Nathan Valdez, Ripon: He connected on 51 of his 58 extra-point kicks, but more importantly, Valdez was 4 for 4 on field goal tries, including a 27-yard dagger in the waning moments to spoil Modesto Christian’s bid at a perfect season and carve out a title share for the Indians.

Donovan Giangregorio, Calaveras: Led the Mother Lode League in sacks with seven as a sophomore, while earning all-league honors as a two-way lineman.

Blade House, Big Valley Christian: After sitting out the first month of the season following his transfer from Turlock Christian, House racked up 62 tackles and two forced fumbles in seven games, developing quickly into a leader on the Lions’ defense.

Cole Panero, Escalon: One of Escalon’s top playmakers, Panero earned all-TVL honors at outside linebacker after amassing 77 tackles. He also had 995 all-purpose yards, including 720 on the ground.

Declan Van Vuren, Ripon Christian: Van Vuren was a disruptive force for one of the top defenses in the Sac-Joaquin Section. He led the Knights with 12.5 sacks and forced four fumbles.

Abram Davis, Orestimba: Davis leads a strong group of returners on the defensive side of the ball for the perennial Southern League contenders. He paced the Warriors with 80 tackles, 16 tackles for loss, 8.5 sacks and three forced fumbles.

Steven Morris, Hughson: The Huskies’ top player is a versatile talent who will play a major role on both sides of the ball this fall. With his acumen and hands, Morris has a chance to be one of the region’s top defensive backs.

Michael Dinkins, Le Grand: Dinkins was an all-Southern League selection on both sides of the ball. Defensively, he had 53 tackles, two interceptions, two forced fumbles and one fumble recovery.