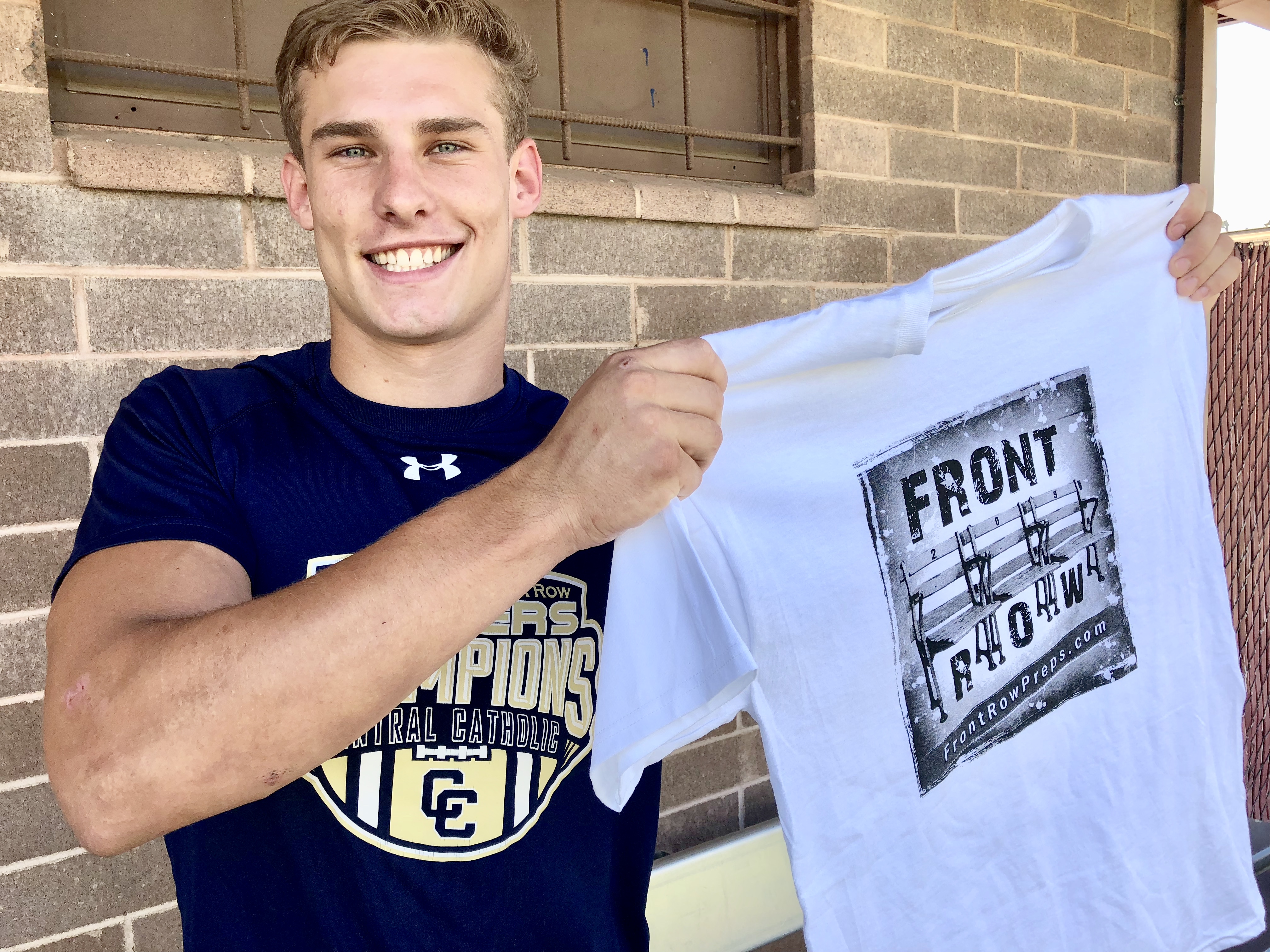 Central Catholic's Kyle Jacklich is the FrontRowPreps.com Large School Athlete of the Week after rushing for 173 yards and three TDs in a 33-20 win over St. Mary's. (James Burns)

Jacklich's journey: From 'Dude, where's my car?' to steering the Raiders' offense

That famous movie title could explain Kyle Jacklich's junior season. Without wheels, the talented Central Catholic running back missed team events, and ultimately, opportunities to increase his playing time or change his position on the depth chart. So he languished on special teams, where he began to doubt his ability and place at Central Catholic, a perennial Sac-Joaquin Section title contender and the region's most decorated program.

"Last year, I didn't do as much as I wanted," Jacklich said. "This year, I wanted to make a name for myself and maybe show some colleges what I can do. I haven't had any interest, but I'm hoping to show coaches I can play at the next level."

Ironically, Jacklich's chance was created by an injury to the region's top recruit in the Class of 2019 — senior tailback/defensive back Dawaiian McNeely, who injured his shoulder in a loss at De La Salle. With McNeely relegated to the defensive side of the ball, Jacklich was inserted into the starting lineup in last week's 33-20 victory over Holy Bowl rival St. Mary's.

He ran like his future depended on it, racking up career-highs in carries (25), yards (173) and touchdowns (three) as the Raiders improved to 2-1 and cemented their place atop the FrontRowPreps.com large-school ranking.

For his efforts, Jacklich is the Large School Athlete of the Week.

"I knew I had big shoes to fill," Jacklich said. "We worked hard all week. Minayo (Olivo) stepped up and played well at fullback, and the linemen played hard. All the credit goes to them."

Jacklich's confidence has soared in his senior season, spiking with every week. He highlighted the Raiders' season-opener at Clovis West with two touchdowns, and was one of the few offensive stars in a loss to national heavyweight De La Salle. Finally, it all came together in the Holy Bowl.

He points to a talent-rich roster, especially at the running back position, for bringing out the best in him. The Raiders are flush with talent in the backfield, beginning with McNeely, who holds offers from Arizona State, Fresno State and Tulane, among others. Even practices, Jacklich says, require your best output.

"It gives me confidence going forward, knowing I have people behind me and supporting me," he said. "I'm proud of myself. I hadn't had a game like that in a long time. I wanted to prove to them that I can play running back at one of the top schools in this area.

"It's not easy to play running back over here. We've got five or six guys that can run the ball, so every day is a competition. It's a good atmosphere. ... It's hard to shine. I could be at another school and be the big fish, but this is the best for me."

Few would argue he isn't already a big fish. Jacklich is tops on the team in carries (50), rushing yards (283), yards per carry (5.7) and touchdowns (five). As McNeely strolled by Jacklich before the start of Wednesday's practice, he pointed and smiled as if to acknowledge Jacklich's rise.

"I've struggled with confidence," Jacklich said. "I've never believed in myself that I could play college football. I'm finally starting to prove to myself that I can; that I'm worthy of the Raider uniform. There have been some amazing running backs to come through this school. It's a blessing to be here."