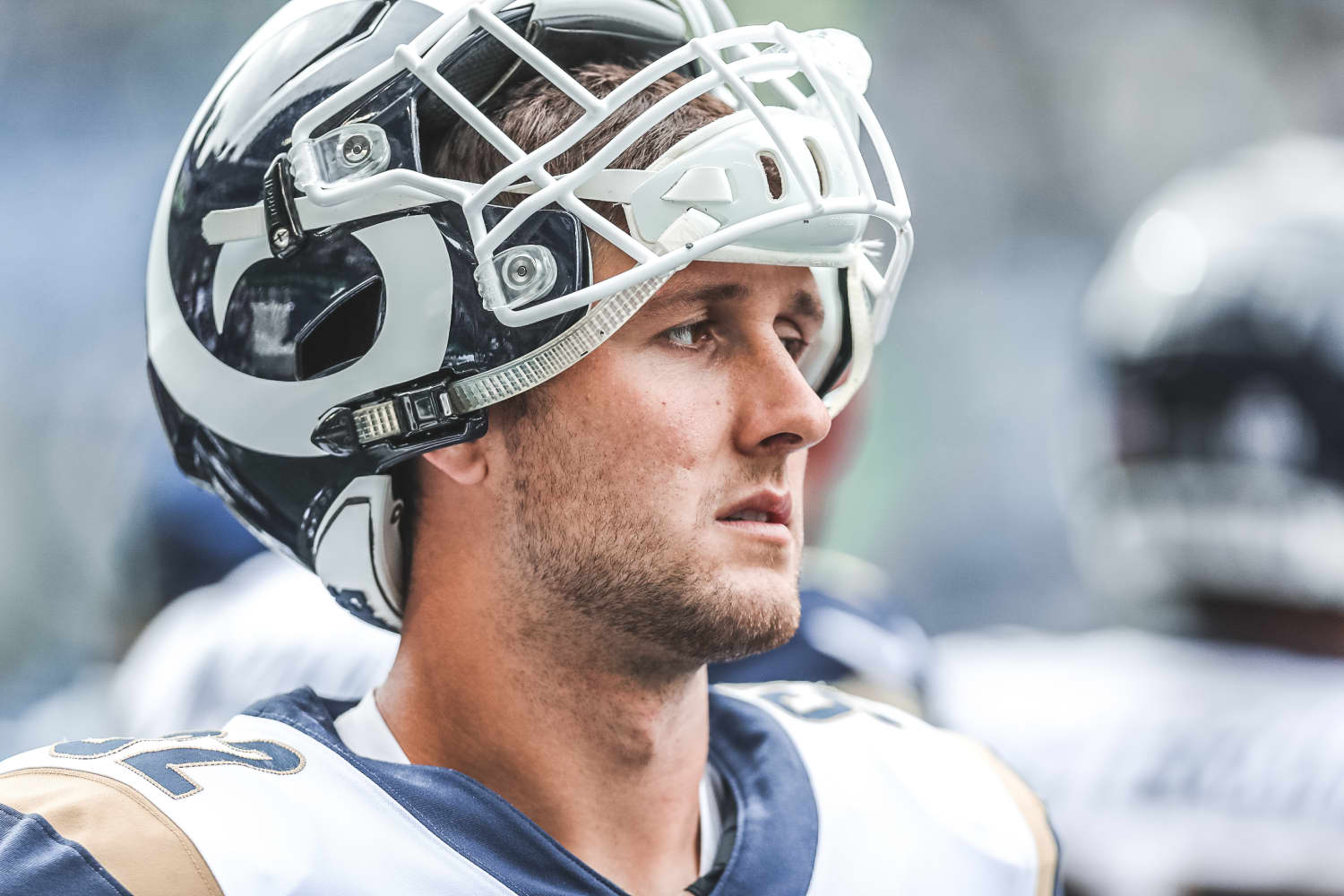 Johnny be good: From Central Catholic to NFL, unsung Mundt a proven winner

Something always follows Johnny Mundt around. Not unlike his shadow, it’s always been there, chasing his every move on the football field. That “something” is victory.

Teams do a lot of winning with Mundt on their side, and it’s not always a coincidence. Mundt, the former Central Catholic High star who’s beating outrageous odds as a member of the 8-1 Los Angeles Rams, brings a certain “it” that coaches love and teammates admire.

“I love football. I don’t take it for granted,” Mundt said last weekend during a telephone interview. "On our chalkboard it says, ‘Every day is a job interview.’ That’s how I approach it. I try to get better each day.”

Consider: With Mundt working overtime as an all-state tight end and linebacker, the Raiders won the 2012 Division IV state title. He soon wore the green and gold of the Oregon Ducks, who won the 2015 Rose Bowl and reached the national title game. Today, he’s clearly enjoying himself on one of the NFL’s cutting-edge teams.

All this from an undrafted free agent who was given next-to-no-chance to make a pro roster. Then again, he’s been unsung and under-appreciated for much of his career.

He performs a lot of blue-collar work for the Rams’ punt, punt return, kick and kick return teams. He has yet to catch a pass — he’s the third-string tight end behind starter Tyler Higbee and backup Gerald Everett — but he’s hardly disappointed. He was activated for Los Angeles’ first seven games and made the trip with the team to New Orleans last weekend. The Rams hope to complete a season sweep over the Seattle Seahawks on Sunday at the Coliseum.

“Being around this environment is awesome and contagious,” Mundt said. "There is a phrase in the league, ‘The more you can do, the better.’ Any way you can add value is good.”

Mundt, 6-foot-4 and 233 pounds, adds value as a dependable blocker. He owns the requisite athleticism — no one can fake it in the NFL — but the so called measurables are not what puts him on the field on Sunday.

“You knew from day one he had something special. He just got better and better,” Central Catholic coach Roger Canepa remembered. “Even up at Oregon, they put him at H-back and I think that helped him get ready for the NFL.”

One of his teammates at Oregon was fellow tight end Jake McCreath, who built his road to Eugene at Ripon High and Modesto Junior College. He was a member of the scout team in 2014, but roster attrition led to a memorable New Years Day in Pasadena. A rash of injuries allowed McCreath some playing time during Oregon’s 59-20 thrashing of Florida State. One problem: He had not received playing time since the season opener and he didn’t know all the plays and signals.

“Johnny and I played together that day," McCreath said. "Here I was on the scout team all season and now I’m on the field at the Rose Bowl. Johnny said, ‘I’ll get you through it,’ and I just followed him. He’s one of the hardest workers I’ve ever been around.”

Mundt literally has cashed in that work ethic in the NFL.

It didn’t start well. Among approximately 60 wanna-be’s on the first day of the Rams’ rookie mini-camp in 2017, he suffered a broken ankle. Surgeons repaired the fracture with a plate and eight screws.

“I thought I was done,” Mundt said.

But the Rams didn’t sign him on a whim. They noticed his willingness to engage bigger defensive ends along with the rest of his skill package. Somehow, Mundt willed himself onto L.A.’s practice squad in 2017 and was activated for two games.

One season later, the work paid off. He caught four passes for 40 yards in the Rams’ final preseason game and earned his coveted spot on the Rams’ “53.” Mundt hasn’t yet caught a pass from Jared Goff, but that day is coming. Knowing him, how could it not?

Ron Agostini was a national award-winning sports writer and columnist for The Modesto Bee for 40 years until his retirement in 2017.