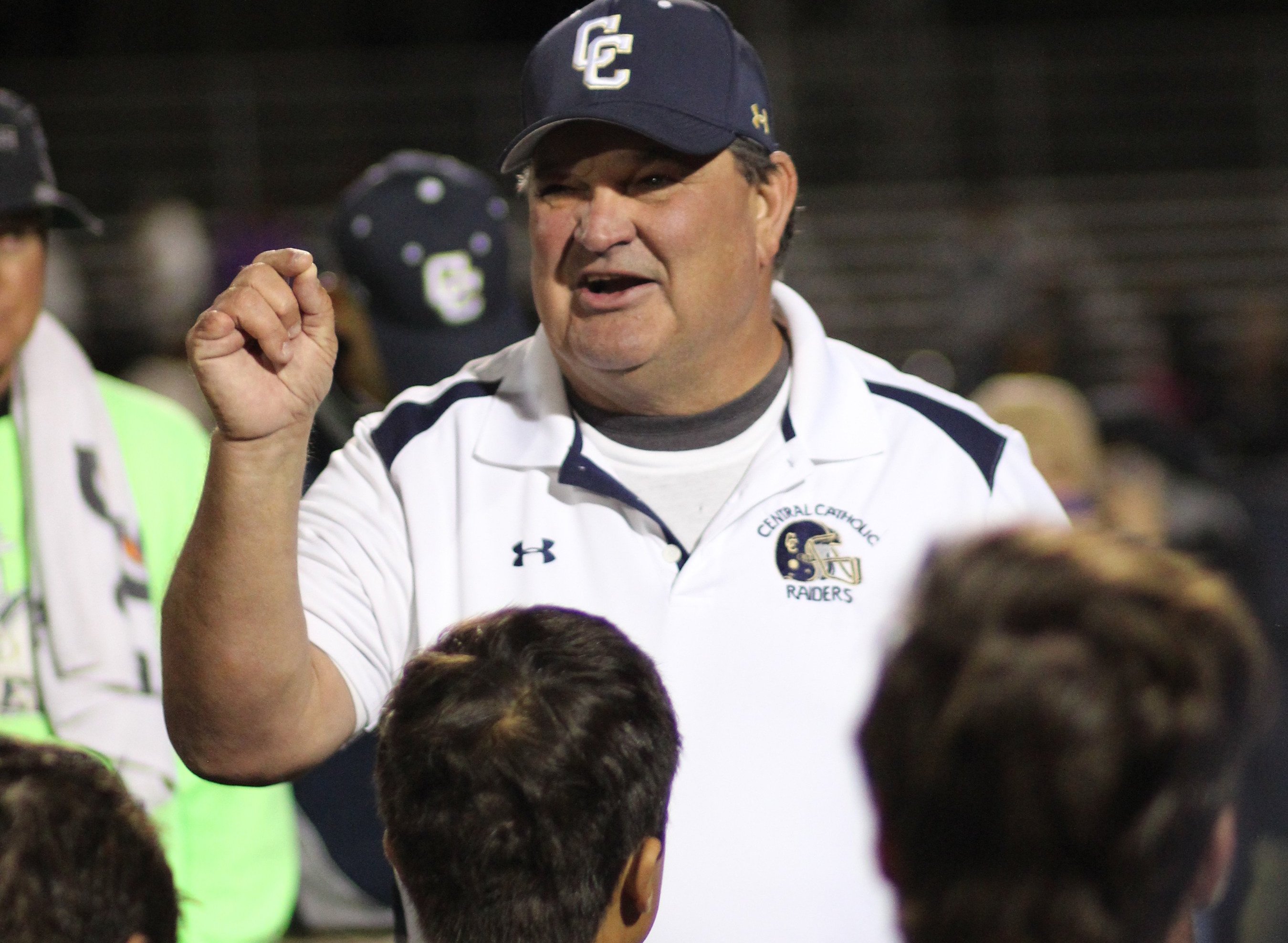 Central Catholic High is the Front Row's top-ranked large-school football team in the way-too-early rankings, but with a front-loaded schedule, can coach Roger Canepa and Co. stay there? (Samantha Schmidt)

Just win, baby: Raiders No. 1 in early poll, but how long will they stay there?

It's never too early to start talking about high school football in the southern half of the Sac-Joaquin Section. The season begins Aug. 17, and here's a quick look at the top-five large schools in the area, which stretches from Manteca to Turlock, Newman to Sonora. Projections are based on returning talent and pedigree, and subject to change as we inch closer and closer to the season's first kickoff.

So, without further ado:

4. Oakdale (12-2): The Mustangs have won 13 of the last 16 Valley Oak League championships, including two straight, and their success is predicated on replenishing the Wing-T. Oakdale has produced seven 1,000-yard rushers in the last three seasons including two 2,000-yard backs in Will Semoni (2,851 in 2016) and Cameron Cherry (2,154 in 2017). Who steps up this fall? Oakdale Leader reporter Dennis Cruz reports Oscar Ramos and Zeke Saffar could be next in line. Season opener: vs. Sonora, Aug. 17.