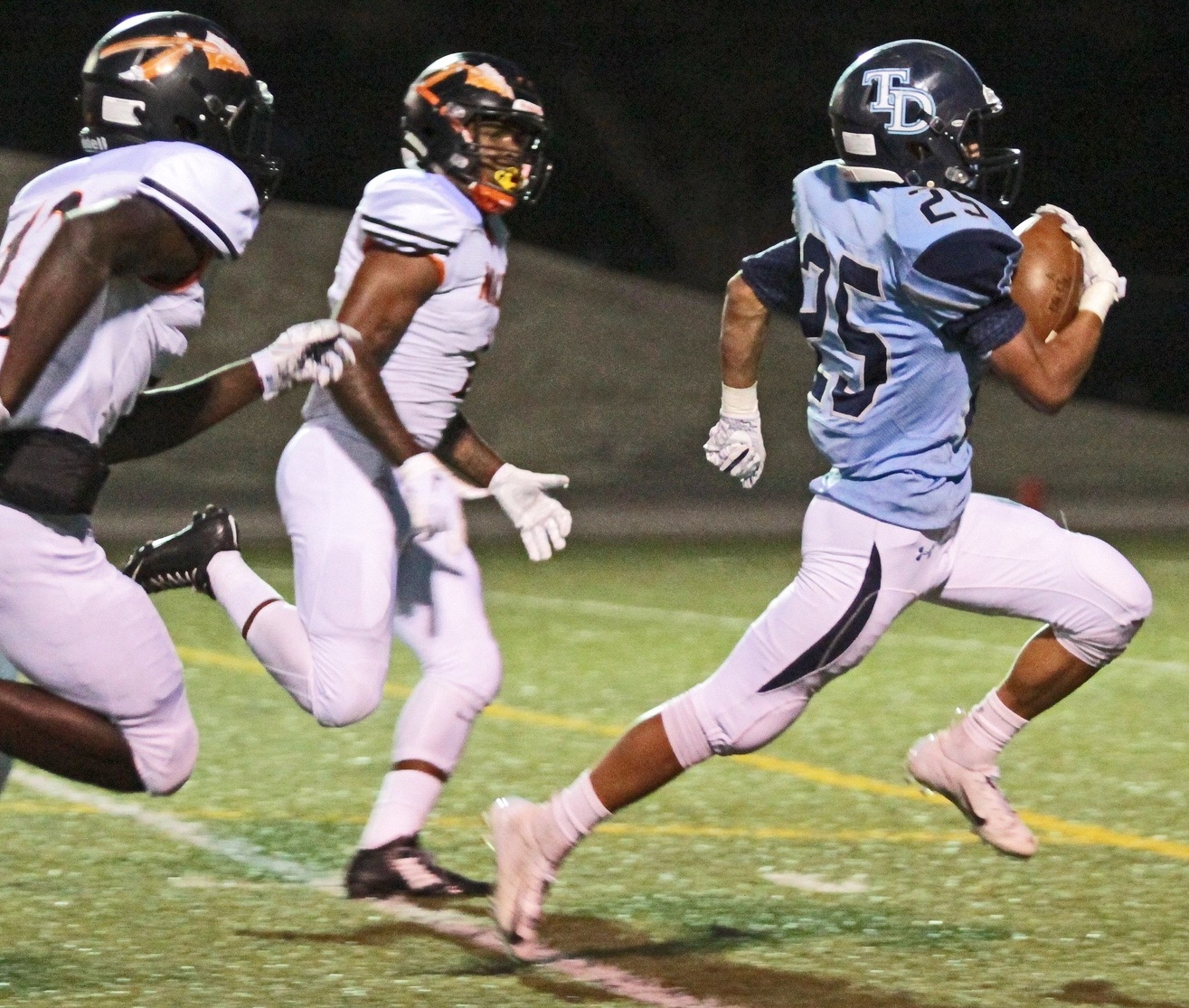 Downey running back Robert Rivera (25) pulls away from the McClymonds defense in a 20-14 loss on Sept. 14, 2018. The Knights, coming off a bye, open Central California Athletic League play at Turlock on Friday, Sept. 28, 2018. (Dan Harris Photography)

After a quiet week, CCAL ready to make noise with Friday's inaugural games

Six of the 10 teams in the FrontRowPreps.com large-school rankings were idle last week, and the inactivity is reflected in this week's poll.

For the first time all season, there isn't any movement. The teams in the top-10 begin this week just as they did last. That won't be the case next week, though, as league play in the Central California Athletic Alliance and Valley Oak League intensifies.

No. 6 Oakdale travels to No. 9 Manteca in a signature VOL contest, but the CCAL offers the most bang for your buck -- two games featuring a battle of top-10 teams, including No. 4 Downey at No. 5 Turlock and No. 8 Modesto at No. 10 Gregori.

2. (2) Merced (6-0, 2-0): The Bears led 34-0 at the intermission, highlighted by a pick-six interception return by Ke’suan Eddings, and emptied the bench in a rout of intra-city rival El Capitan. Next: Bye.

6. (6) Oakdale (5-1, 2-0): Sophomore Zeke Saffar rushed for 108 yards, fullback Max Moore found the end zone twice, and Angel Penenurri and Peyton Bradford combined for 4.5 sacks in a win over Weston Ranch. Next: at Manteca.