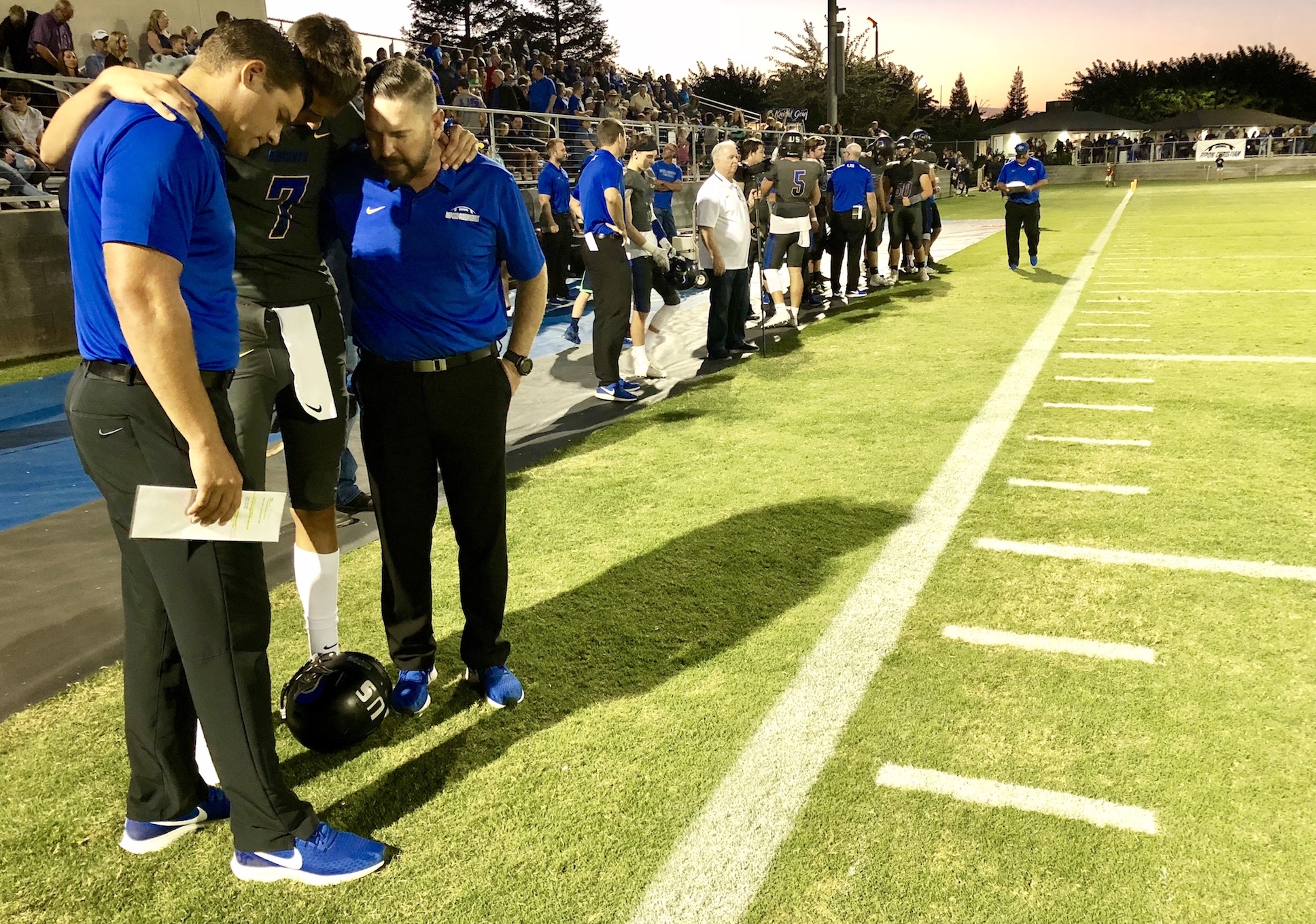 Longshots and barnburners: Which is the Chicken Ranch Game of the Week?

EDITOR'S NOTE: Waterford at Ripon Christian is this week's Chicken Ranch Casino Game of the Week. The game drew 52.92 percent of the fan vote, or 3,570 of the 6,746 votes cast.

Opening night of the Sac-Joaquin Section postseason yielded one of the most dramatic comebacks in recent memory. In Division VI, No. 12 Waterford scored 31 unanswered points in the final 5 minutes, 29 seconds to stun No. 5 Rio Vista, the reigning D-VII champion, 51-44.

Do-it-all quarterback Michael Vivo accounted for seven touchdowns, overcoming four turnovers in the first half, Rio Vista 2,000-yard running back Ryan Hurley was ejected for targeting, and the defense forced three consecutive three-and-outs in the fourth quarter to turn the unlikely upset.

Jacob Stout, a two-way hero, also converted a fourth-and-9 from the Rio Vista 40-yard line that allowed Waterford to score the game-winning touchdown.

"The kids kept fighting," Waterford coach Lonnie Statzer said. "Usually, in games like that, we put our heads down and that's the game. On Friday, we kept on trucking."

That win punctuated an evening of playoff football at its best. Three games on the West Side — Pacheco over Sierra, Los Banos over Orestimba and Gustine over Millennium — were decided in the final minutes, and across seven divisions from Sacramento to Merced, there were just six running-clock blowouts.

What will Week 2 of the postseason produce? Prognosticators, like CalPreps.com, anticipate more of the same for the Front Row Preps region, which spans the Central Valley and Mother Lode.

Waterford finds itself in another “nothing to lose”-type matchup with Southern League champion Ripon Christian, which, like Rio Vista, is favored to pummel the Wildcats and their wunderkind QB. Ripon Christian, which blasted Waterford in their regular-season meeting on Sept. 14, 42-6, is predicted to win 44-14.

"What we can take away from Friday night — it doesn't matter if Ripon Christian jumps on by 14 points," Statzer said. "The kids are feeling chippy. We're coming for RC. This is our Super Bowl this week. We just want to put them down."

There are three potential barnburners, as well, all involving small schools ranked in the FrontRowPreps.com top-10: Golden Sierra at No. 9 Big Valley Christian; Foothill at No. 7 Sonora; and No. 10 Calaveras at No. 2 Escalon. While Big Valley Christian, Sonora and Escalon are picked by CalPreps.com to advance to the semifinals, none is a decisive favorite.

All four games and Elk Grove-Central Catholic (the Thundering Herd advanced only after Vacaville's failed Hail Mary attempt) are candidates for the Chicken Ranch Casino Game of the Week. Help the Front Row Preps select its top game by voting here. The poll will close Wednesday at 10 p.m.

Here's a snapshot of each game, courtesy of a Sac-Joaquin Section press release:

These teams have never met in the playoffs. Elk Grove is in the second round for the seventh time in the last eight
years. Every time during that span, the Thundering Herd has won this round and advanced to the semifinals. Central Catholic is in the second round for the 18th straight season. The Raiders are looking for their second straight trip to the semifinals; they won 16 playoff games in a row from 2012-2016, a stretch that saw them win four Section championships. To vote, click here.

These teams have never met in the playoffs. Foothill is in the second round for the first time since 2006, its first-round win over Pioneer snapped a streak of 11 previous playoff games with only one victory. Foothill has made it to the semifinals once before, in 1982 it got all the way to the D2 championship game (a 41-15 loss to Central Catholic). Sonora is in the second round for the fifth straight year, it’s looking for its fifth straight appearance in the semifinals as well. The Wildcats won the 2015 D5 championship game (42-30 over Bear River). To vote, click here.

These teams have a lengthy postseason history – they’ve played 10 times against each other! – dating all the way
back to 1971. Escalon has an 8-2 edge over Calaveras, which beat the Cougars in 1971 and 1991; since then, Escalon has won eight straight. Calaveras is in the second round for the first time since 2015. Calaveras (the school has no mascot) is 0-8 in championship game appearances; its last such appearance was in 2010, that was a 22-19 loss to Escalon. The Cougars are in the second round for the second straight year; they’re looking to advance to their first championship since 2012. To vote, click here.