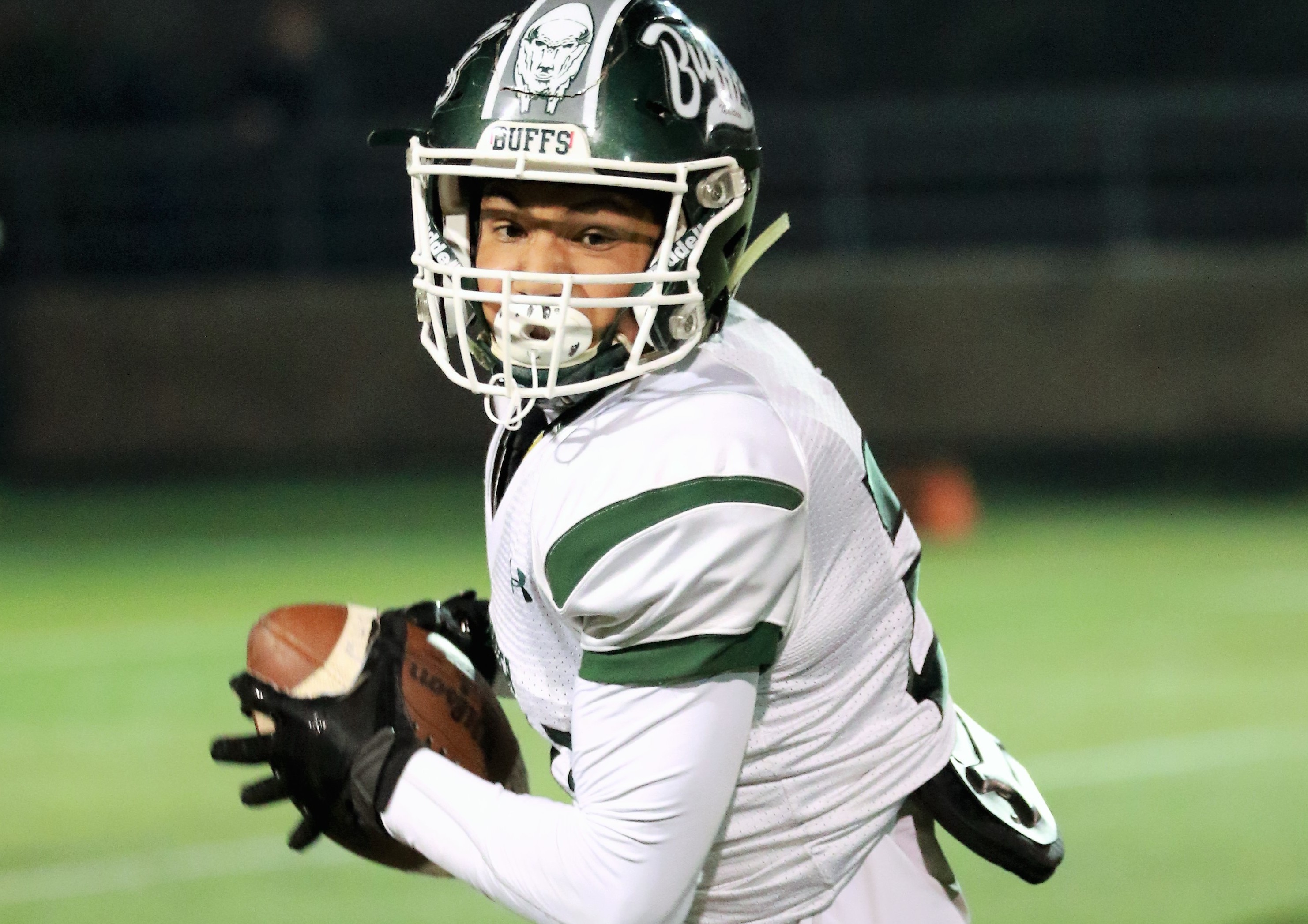 In one season, Manteca High’s new football coach Mark Varnum has chance to accomplish a feat even his predecessor could not.

Varnum won’t have the luxury of easing into a new role.

Instead, he has embraced the challenge — and the immense pressure that comes with talk of a three-peat, a rarity for public school programs in this area.

“We want to show out for coach Varnum, because it’s a new era now,” senior wide receiver Jorge Cedano said. "We want to show them he’s working just as hard as we are.”

Despite heavy graduation losses, Manteca remains one of the most talented teams in the southern half of the section.

Junior Ryan Ward, a highly touted pitcher, fills the void left under center by Campiotti, a three-year varsity star and 2017 VOL MVP. He has the confidence of Varnum, who has insulated the first-year starter with an array of weapons, including junior Trabron Russell, who has the ability to lead the VOL in rushing, and wide receivers Cedano, Jacob DeJesus and Kyle Lynch.

DeJesus isn’t the biggest or fastest slot receiver in the area, but few are as dynamic and explosive in pads. The 5-foot-7 playmaker led the Buffaloes in receptions (57) and receiving yards (711).

He’ll battle Cedano for touches. A high-profile basketball player, Cedano blossomed into a top target over the final seven games of the season, developing an electric connection with Campiotti.

“The person in front of me just can’t guard me, that’s how I think of things,” said Cedano, who has never lacked for confidence. “When I line up with someone, he’s the same dude as I am, but I think I’m better than him. … It’s Manteca football. That’s how they train us. Whoever you line up with, you’re better than. You better think that. If not, you’re going to get handled out there."

Cedano finished with 48 catches for 631 yards and six TDs, and Varnum said the long and lanky receiver could be targeted 10 times a game.

“It’s going to be hard without Gino. That guy did everything for us,” DeJesus said. "This year, we have a lot more weapons. … We’re all here to help him, because he’s not Gino. You can’t beat Gino how he was; he was a great quarterback. But we don’t need Ryan to be Gino."

“You’re either the hammer or the nail,” he barked as players crashed into one another, each trying to drive the other back. “Around here we want to be the hammer.”

Manteca’s bid for a third section title begins with a rigorous nonconference schedule. The Buffaloes open the season Aug. 17 with former VOL foe Lathrop, who has been realigned in the Western Athletic Conference. Manteca also clashes with Downey on Aug. 24, Granada of Livermore Aug. 31, and rekindles an old rivalry with Tracy Sept. 7.

Early on, Manteca will know if it has the team to make a run at a third consecutive section crown, and ultimately, the program’s first state title.

“The thing is, everybody thinks the class in front us was better and basically carried us.” Cedano said. "We don’t feel like that. We’re hungry. We feel we can get to where we want to be as long as we work as hard as we can. We're going to get there this year, we really think so."