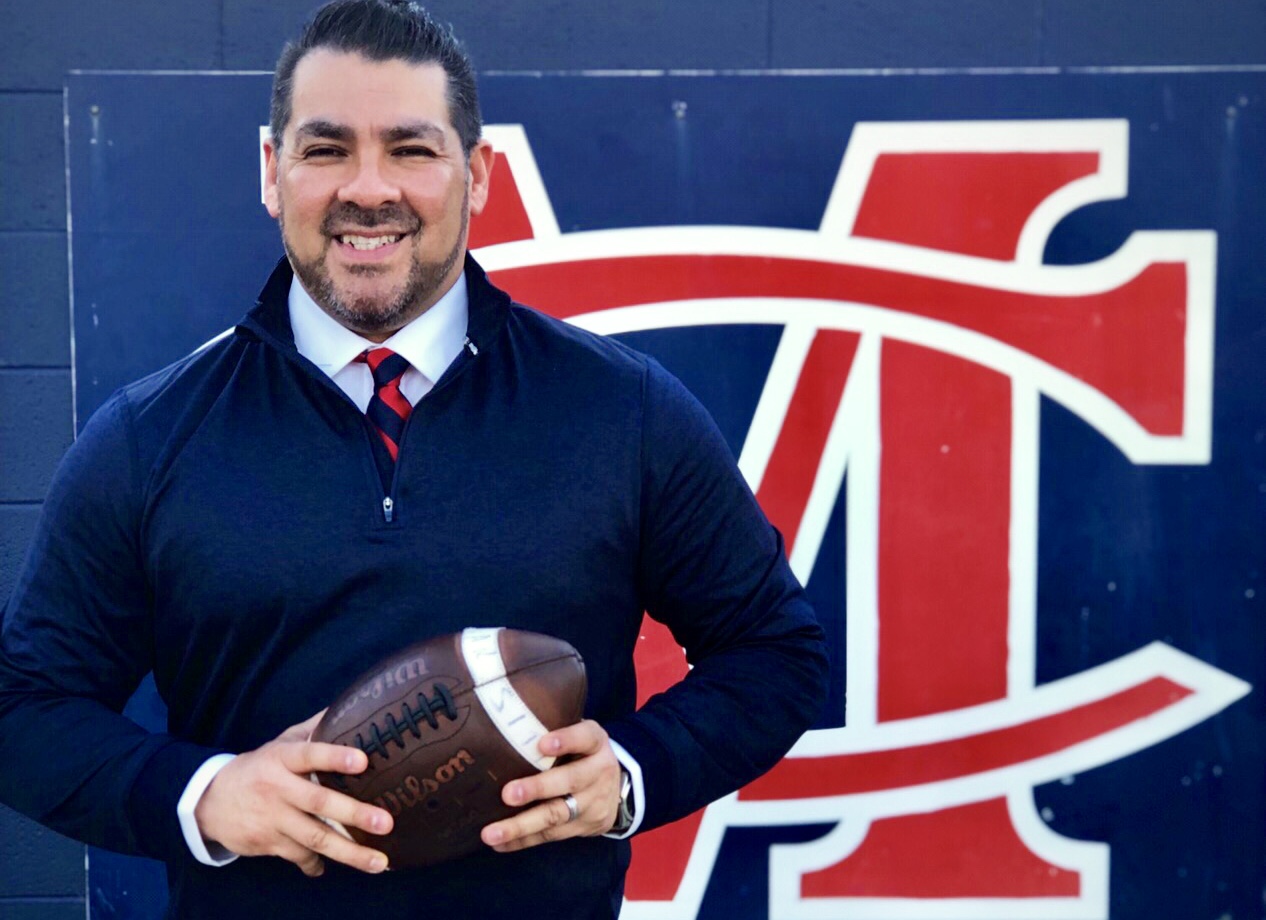 The makeover of the Modesto Christian High football staff continued Wednesday with the naming of a new defensive coordinator.

Donovan Perez, an assistant coach in the area the last three years and a former standout player at Central Catholic and Modesto Junior College, takes the reigns of one of the top scoring defenses in the Sac-Joaquin Section in 2018.

“He brings great knowledge and energy to the program," Green said of Perez in a message to FrontRowPreps.com. ”What attracted me the most was his experience with small schools that have had winning programs. He know what it takes to win with a small roster with kids playing both ways."

Bonsu and Perez are related by marriage, but Perez insists family ties had nothing to do with the hiring. The former UC Davis defensive back said he applied and interviewed in secret to most of his family “because you never know how things will hash out.”

Perez, who coached the secondary at Oakdale High and secondary, special teams and wide receivers at Sonora High, has ambitions of coaching at the collegiate level and saw this opportunity at Modesto Christian as a necessary stepping stone.

Perez was a varsity assistant to coach Trent Merzon at Oakdale in 2016, when the Mustangs captured their first-ever CIF State championship. He spent the last two seasons on Sonora coach Bryan Craig’s staff. He thanked both coaches, profusely, for the opportunity and responsibility shown to him at such an early stage in his coaching career.

“Credit to the people that helped me receive this opportunity. They helped me progress and feel like I’m ready for this next opportunity,” Perez said. “… I’m ambitious and have higher goals, but my loyalty to each program speaks for itself. I’ve only left for good reasons.”

Modesto Christian has won a share of the last two Trans-Valley League titles and reached the Sac-Joaquin Section Division VI final in 2017. The Crusaders were the No. 1 seed in the Division VI playoffs last fall, but had their season stopped by No. 4 Ripon Christian in the semifinal round, 25-13. The defense allowed less than 10 points per game, 114 points in 12 games, and shut out two opponents.

Parsons stepped down in January as the program’s winningest coach, saying “my tank was empty.” He has a career record of 125-75, including a school record 99 wins. In 2009, he led the Crusaders to the region’s first CIF State championship, a 44-40 victory over Francis Harker of San Diego in the Small-Schools state bowl.

Perez inherits one of the state’s top recruits — defensive end/tight end Xavier Carlton, who holds offers from Notre Dame, Oregon and USC, among others.

“Any coach, any D-coordinator would love to step into these type of shoes and have this type of talent waiting for you,” Perez said. “What I’m trying to do, though, is develop three or four more Xavier Carltons, so we’re well-balanced.”