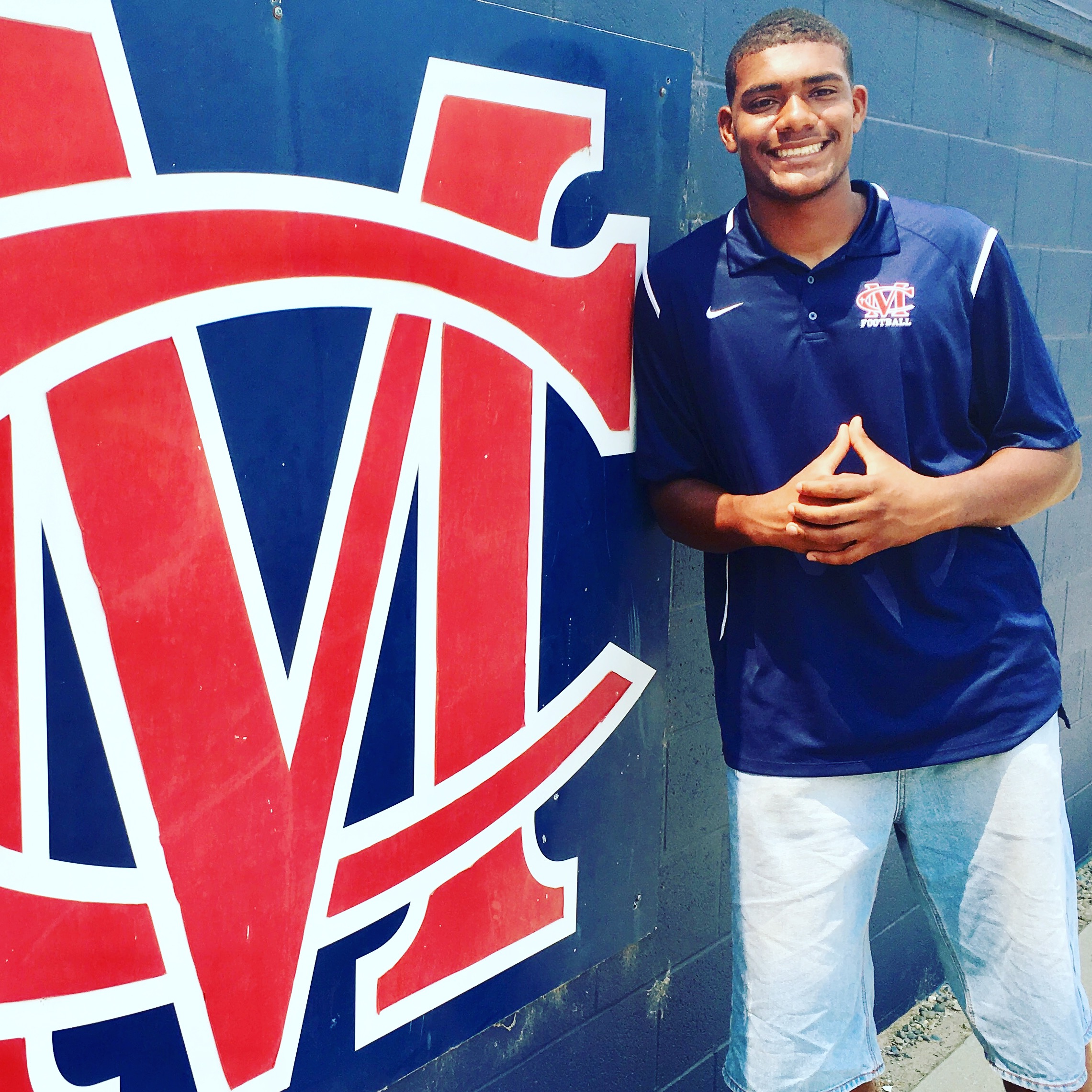 Modesto Chrisitan High School will not seek to appeal the suspension of Xavier Carlton, the defensive end/tight end who was involved in an altercation and ejected from the game during the team's 46-7 win over Livingston last Friday night.

As a result, the 6-foot-7, 245-pound junior who is drawing interest from Division I programs across the nation, will sit this Friday against Trans-Valley League foe Hilmar, in what is a rematch of last season's Sac-Joaquin Section Division VI championship game, won by the Yellowjackets 42-13.

The Crusaders are 8-0 this season and 4-0 in the TVL and a win against Hilmar heading into their bye week could set up a matchup of undefeated teams for the TVL title with Ripon (7-0, 3-0), which faces Escalon and Hughson before the finale.

"We're just going to take our medicine," said MC coach Mike Parsons of the decision not to appeal.

‍Downey -- Freshman quarterback Beau Green, who suffered an injured shoulder Sept. 14 against McClymonds (Oakland), has been cleared to play by doctors, but it remains uncertain if he'll start Friday against Gregori in a key Centra California Athletic League matchup. While the shoulder is sound, it's up to the quarterback to determine when he's reclaimed that strength in his shoulder that he possessed just a few weeks ago. The loser of Friday's Downey-Gregori game will be saddled with a second league loss and face an uphill battle just to claim a share of the conference crown.

‍Johansen -- Johansen High is 2-5 this season, having won multiple games for the first time this season. In fact, the Vikings haven't won more than one game in a season since 2011, when they went 5-5 under Jason McCoy, now at Gregori. Over the next three weeks, Johansen faces 2-5 Lathrop (whose only wins came against then-winless Ceres and winless Beyer), 2-5 Davis, and 0-7 Beyer. So, it's not out of the realm of possibility that the Vikings could go 5-5. Since McCoy departed after the 2011 season, the Vikings have won five games total. But to do so, head coach Scott Sacuskie needs to see more from his team emotionally.

"We got behind 7-0 (against Los Banos) and our heads just went into the tank," said Sacuskie. "We need to play with passion and fire."

‍Central Catholic -- Weston Ranch had a roster of just 14 players last week against powerful Central Catholic, the No. 1 large school team in the Front Row Preps district. As a result, the Raiders scored a school record 53 points in the first quarter ... and there were three minutes remaining in the opening stanza when head coach Roger Canepa emptied his bench, allowing his reserves to get meaningful playing time. That included 5-foot-5, 130-pound Tyler Streeter, who carried the ball three times for 40 yards and two scores. In the stands that night was Streeter's grandfather, Modesto legend Jerry Streeter.

‍Davis -- Spartans quarterback Xavier Rodriguez is getting quite a reputation as a prolific passer.

"It seemed like they had 19 guys in coverage back there," Davis coach Tim Garica said of Lathrop's defensive approach in a 55-28 Spartans victory. "They only had four in the box."
Dared to beat them with the run, Davis took the bait and gave the ball 23 times to Francisco Mercado, who rushed for 240 yards and five touchdowns. He missed tying the mark of six TDs set by Gerald Fryman in 1998.