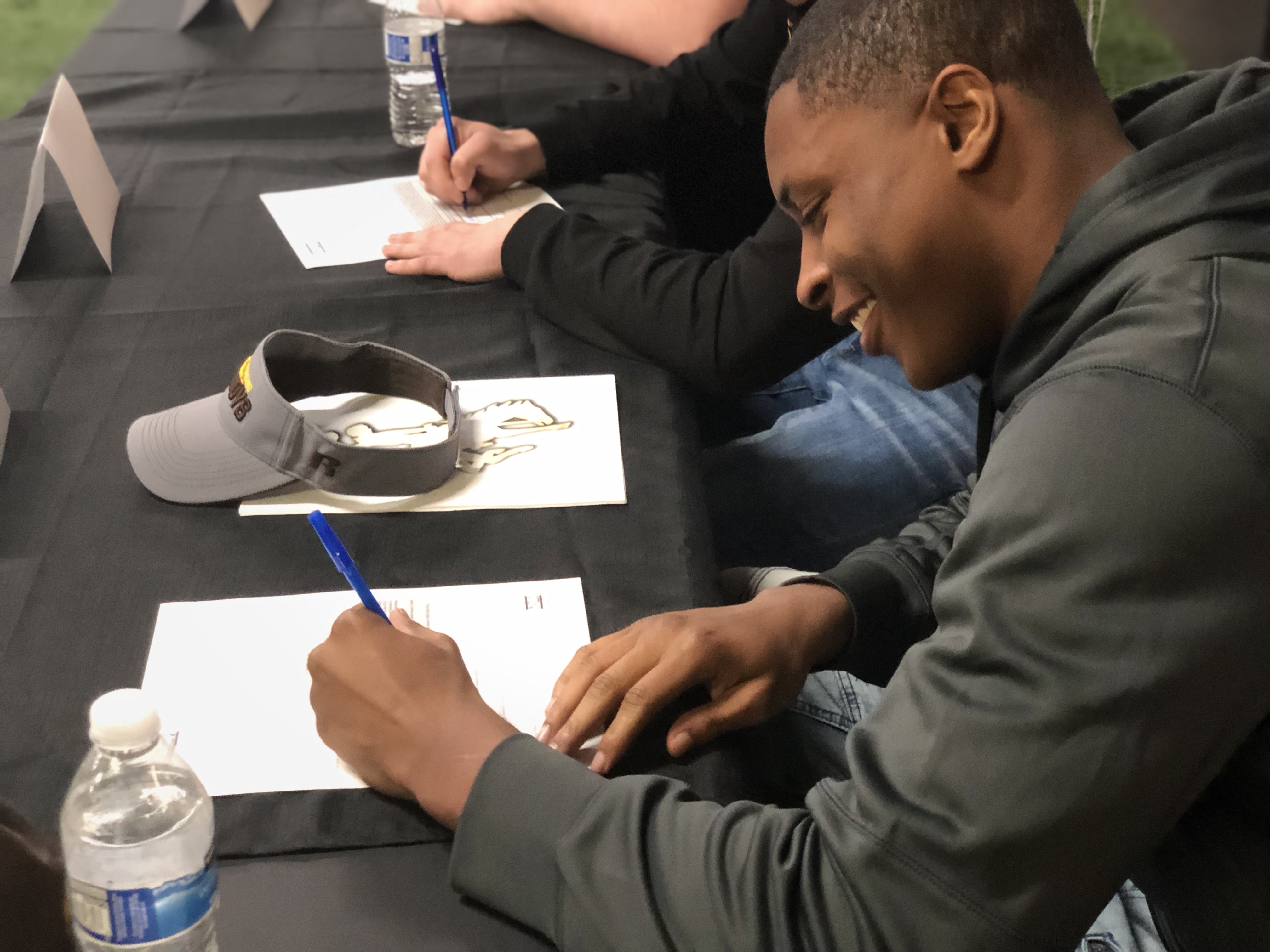 McNeely breaks with Central Catholic before choosing to sign with Wyoming

MODESTO, Calif. — Dawaiian McNeely, who starred for Central Catholic's football team and helped the Raiders reach the Sac-Joaquin Section Division II championship game, on Wednesday signed a national letter of intent to play for the University of Wyoming this autumn.

But in choosing his future school, he also made a decision about his current school.

Or, rather, his former school.

McNeely told FrontRowPreps.com on Wednesday that he has left Central Catholic and enrolled at Central Valley High School in Ceres, where he started classes Thursday. McNeely and his family are disappointed by confusion surrounding the two-way star’s school transcript, which they believe scared off some college recruiters.

“We had a number of colleges drop off behind his GPA and they’re showing a number that’s not accurate,” said McNeely’s father, Derrick McNeely. “Their transcript is saying a 2.14, when they have two different transcripts, and they have the accurate one, also.”

But by taking additional online courses, McNeely boosted his GPA to 2.34 according to the family, and was eligible to sign on Wednesday.

Nevertheless, he decided to part ways with Central Catholic after three and a half years at the Carpenter Road campus.

“Before today, we had already planned to take him out of Central Catholic,” said McNeely’s mother, Kameelah McNeely. “(Wednesday) was going to be his official last day. He’s starting there (Thursday). That was the last straw. We’re not going to let anybody dictate his future.

“Honestly, I did not feel safe with him having to finish his school year out and they don’t do his grades right and he possibly could not go on to college.”

When contacted to address the confusion, Central Catholic released a statement saying, "We are unable to comment on confidential issues regarding our students."

The 6-foot-2, 200-pound McNeely rushed rushed for 1,073 yards and 10 touchdowns this season on 128 carries, good for 8.4 yards per carry. He had seven games of 100 or more yards, including 101 in 20-17 loss to Del Oro (Loomis) in the section championship game Dec. 1 at Sacramento State, and a high of 220 yards on Sept. 14 against Manteca in Valley Oak League play. But most schools involved in the recruiting process saw his skills better suited to playing defensive back, which he also played at Central. He had 35 total tackles this season — 24 solo and 11 assisted — and nine passes defensed. He also returned a kickoff 99 yards for a touchdown in a 60-13 VOL victory over Weston Ranch on Oct. 5

McNeely is projected as a running back for Wyoming, which plays in the Mountain West Conference.

“It was really just the best fit for me,” said McNeely, who was at the Central Catholic signing ceremony at noon, but decided against participating and actually put pen to paper at Bonsu Elite Athletics in Ceres. “When I took my visit, that was the first visit I ever took, and it was just special, really. Just community, family … everything was right."