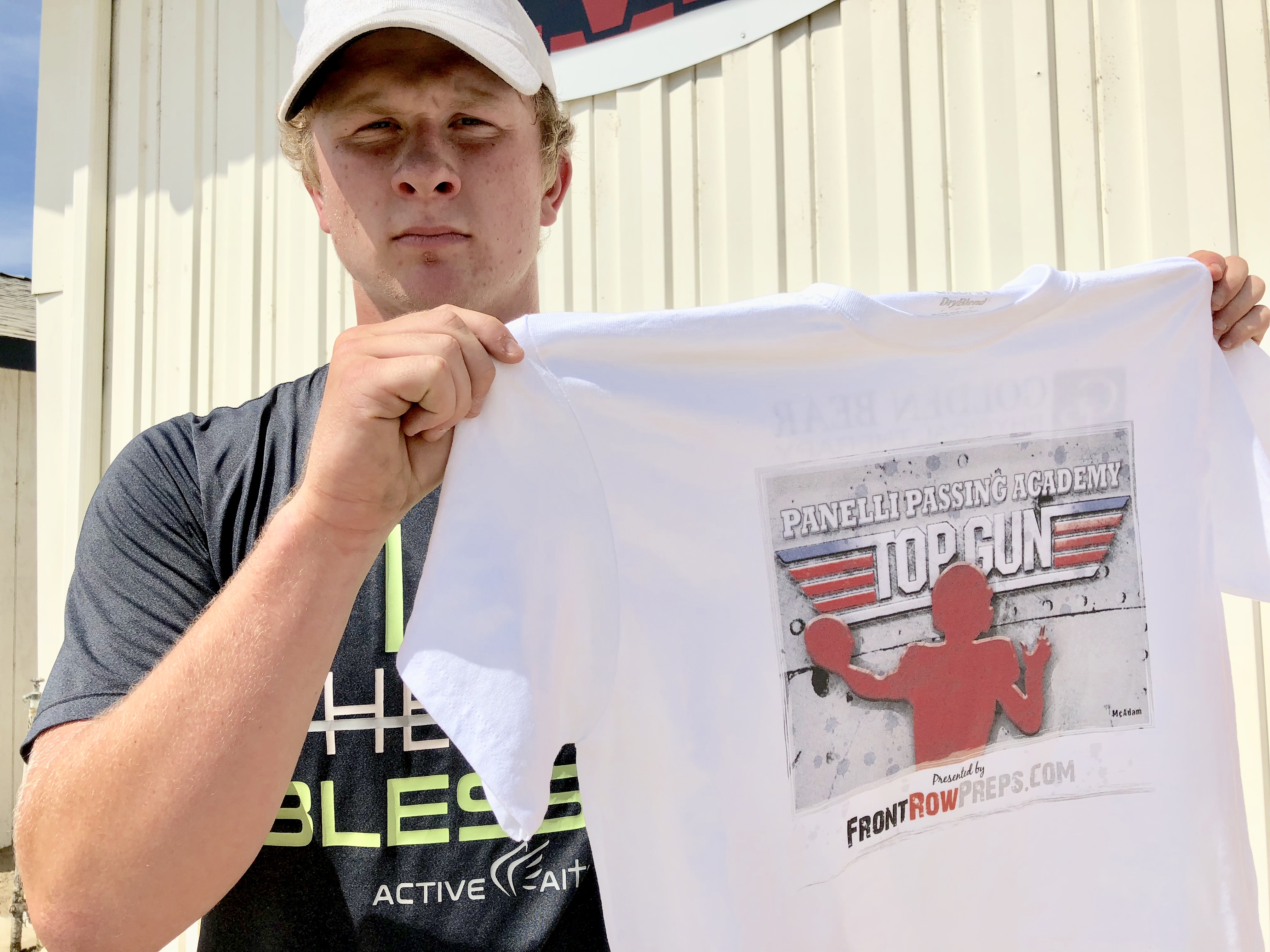 Modesto Christian is a TVL, section title contender with Sauser under center

SALIDA — On Wednesday afternoon, the weight room at Modesto Christian High School vibrated with the sounds of grunts, plates slamming against the ground and an industrial-sized fan humming.

As Modesto Christian quarterback Hayden Sauser walked past the roll-up door, returning from a media interview, the room went silent and then suddenly …

Bodies cascaded into the parking lot, descending upon Sauser with bottles of water and pickle juice. You think they love their quarterback?

The Crusaders gave Sauser an ice-water celebration nearly one week after he flirted with perfection in the first half of a 47-8 victory over El Capitan. Sauser completed nine of his 10 passes for 143 yards and two touchdowns, guiding Modesto Christian to a 41-0 lead at the intermission. For his efforts, Sauser is the Panelli Passing Academy small-school Top Gun award winner.

There is a special confidence that permeates the locker room, Sauser said. One season ago, Modesto Christian labored through August and September, clawing its way out of an 0-3 hole. This season? The Crusaders are 4-0 and ranked No. 4 in the FrontRowPreps.com small-school poll, but really, the differences between Nos. 1 through 4, all TVL teams, are minute and will be hashed over the next month.

“Confidence is something that I believe comes through hard work,” Sauser said. “I’ve tried to put in as much hard work as I possible can, working with Greg (Panelli) … just really getting my mechanics down. When it comes to games, it has to be second nature. I’d say I’m playing with a lot of confidence right now.”

Modesto Christian is 11-2 since Sauser was inserted into the starting lineup last fall and he’s seemingly getting stronger with every game. In four games this season, Sauser, who missed the team’s Sac-Joaquin Section final appearance with an injury, has completed 68.4 percent of his passes for 678 yards and five touchdowns. He’s thrown just one interception in 57 pass attempts.

“Not all the glory goes to me. The linemen have been terrific. Our skill backs and defense have been terrific,” he said. “It’s a team game. You have go out there as a quarterback and be confident and build hope into the other players that are on the field with you. That’s how you get the results.”