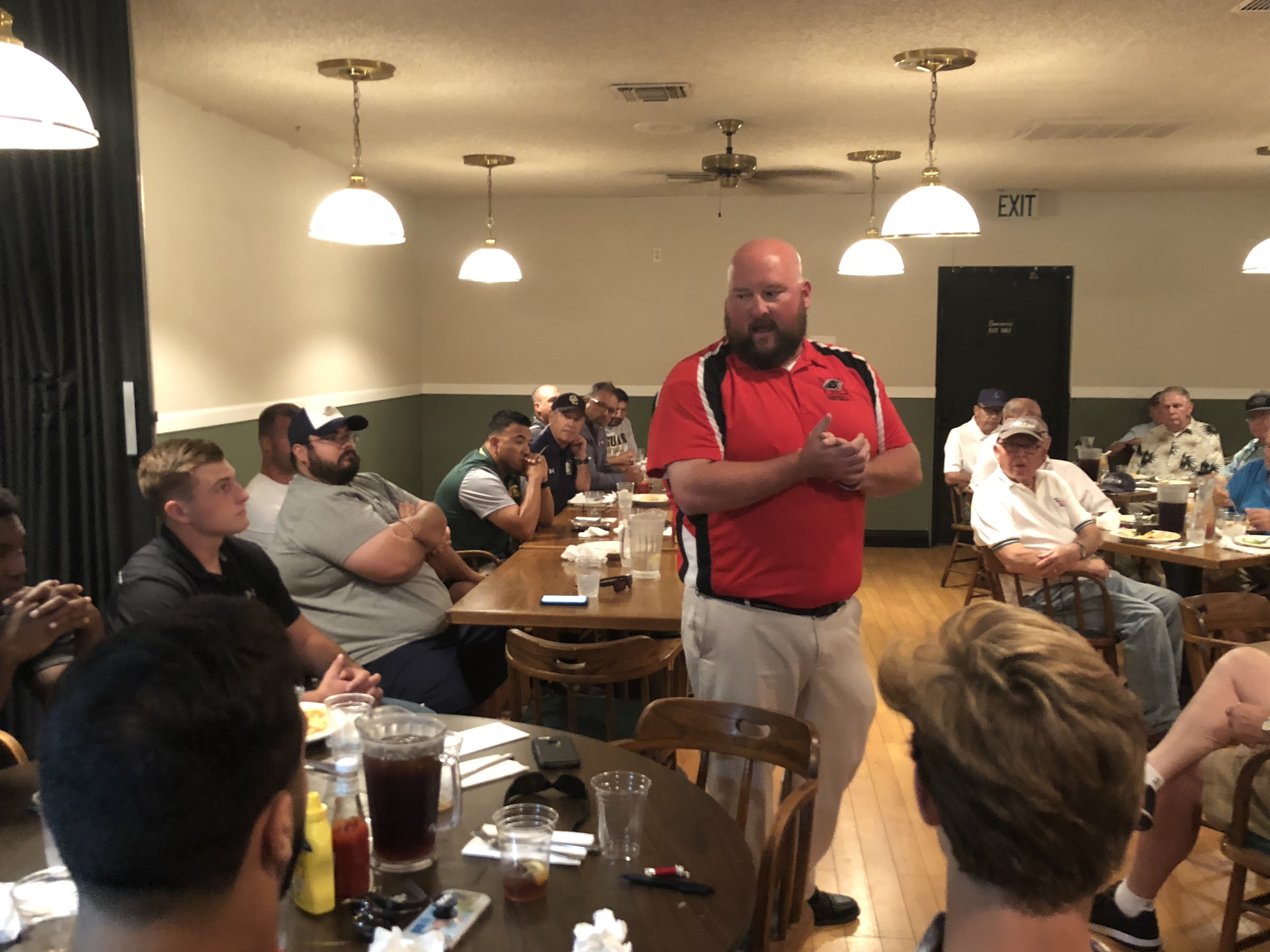 Brett Wagner would rather his team had its bye week later in the 2018 football season, when his players are tired, banged up and in need of a rest.

But he doesn't get to make the schedule.

The Panthers had their bye last week, and Wagner sees a silver lining. While other teams were scrambling to install this week's game plans around the holiday weekend, Modesto already had a week's worth of practice in preparation for a road game against high-powered Patterson High.

"It wasn't designed, actually, to be that way," said Wagner on Tuesday, after the Modesto Quarterback Club meeting at Coach's Corner. "But we had a cancellation, a team double-booked ... So we had to kind of pick up at the last minute and we were lucky enough to get Franklin to take that week, and then we moved another game around, and we made the schedule work the way it did."

Star running back Zaire Eugene would have welcomed the bye later in the season.

"Honestly, I would've rather had it later, because it's so early in the season guys are still rested up," said Eugene, the Panthers' leading rusher the past two seasons who helped the team to playoff appearances in his sophomore and junior campaigns -- Modesto has made the playoffs five consecutive seasons. "We didn't really need it, but we practiced, we went hard in practice, we did what we needed to do and everybody learned something new."

Modesto will need to be rested against Patterson's Spread 'n' Shred offense.

The Tigers are off to a 2-1 start, averaging 53 points in two victories this season -- a 51-12 victory over Tokay at Lodi's Grape Bowl opening week, and a 55-7 thumping of Los Banos last Friday. Patterson's lone loss was in Sacramento to Capital Christian, a small-school power that plays like a large school, as evidenced by its 42-14 win over perennial Sac-Joaquin Section powerhouse Grant.

Modesto opened the season with a 42-14 loss on the road to Clovis, then came back to beat former league rival Beyer 44-6 on Aug. 24

This marks the fifth time the teams have met recently, with the first two games in the series being nail-biters -- Patterson nipped Modesto 33-28 in 2015 while Modesto eked out a 21-20 victory in 2014 -- while the last two matchups were settled a bit earlier -- Patterson won 34-21 last season while Modesto triumphed 35-21 two years ago.

"I expect them to come out fighting hard," said Eugene. "Physical, go fast, get to the ball, do what they need to do."

QB Club notes: Brian Berkefeld and his Big Valley Christian team are coming off  an impressive 28-0 victory over Le Grand. His defense held the Bulldogs' Tony Garica, coming of a 291-yard performance against Livingston, to less than 80. This week, BVC has another Southern League test in a much-improved Waterford team, which boasts do-everythig quarterback Michael Vivo, who completed 8 of 14 passes for 100 yards and two scores, with 191 yards rushing, a 91-yard punt return, four tackles on defense and a pass deflection. ... Modesto Christian coach Rob Parsons was 0-3 last year and thought to himself, "Maybe it's time for retirement?" But this year, his Crusaders are 3-0 after a win against a talented Calaveras squad. "Just proves it's the Jimmys and the Joes" and not the X's and O's, quipped Parsons. ... Downey head coach Jeremy Plaa, whose team lost to Merced, 47-44, last week, came away impressed by the Bears, who are 17-2 since 2004 against Modesto City Schools. "I would be very surprised if Merced doesn't go 10-0," said Plaa, who felt the team that held the ball last in Friday's contest would walk away with the win. ... Davis High has a bye this week and, after running 194 plays in a 60-36 loss to Atwater, it couldn't come at better time.