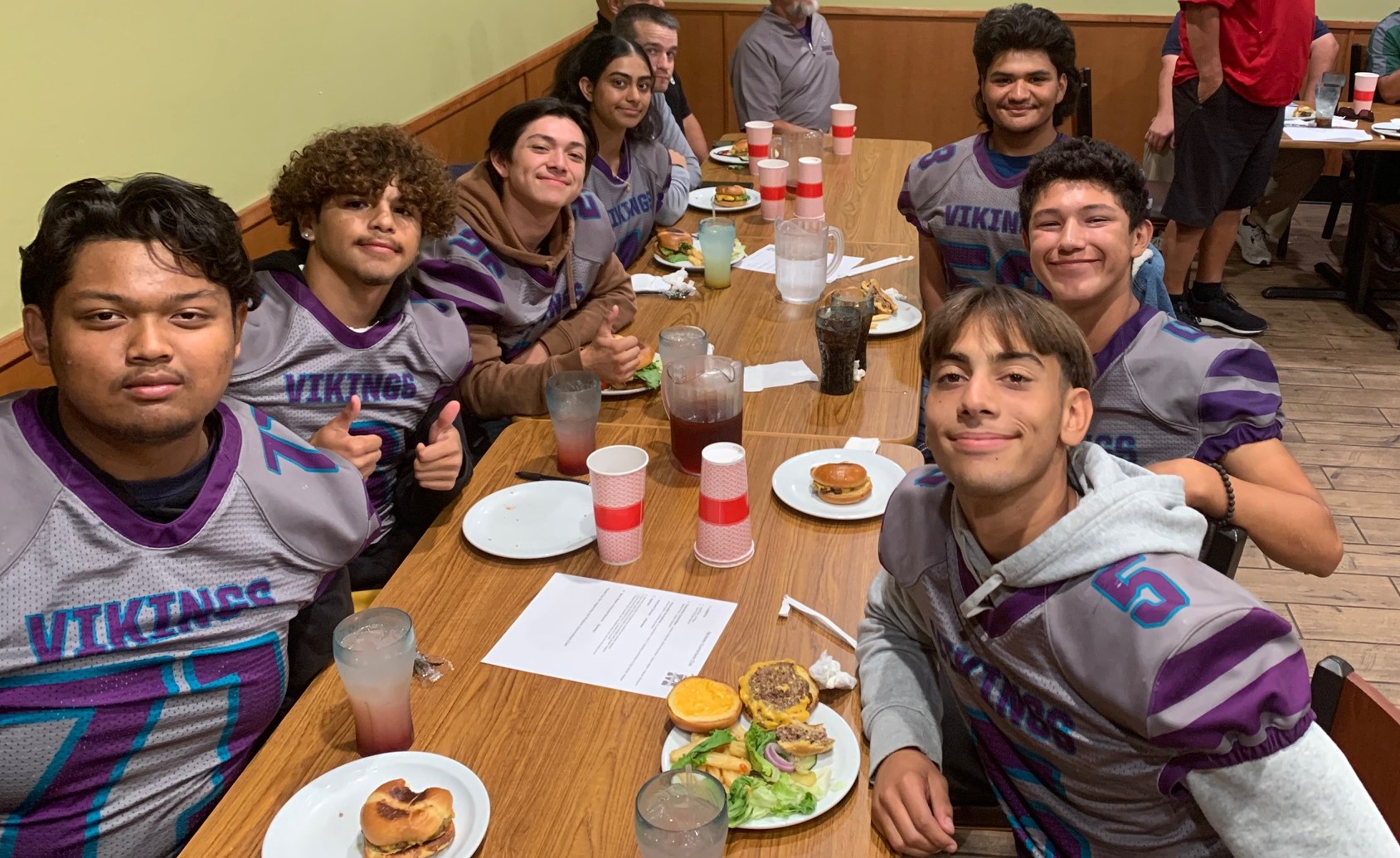 MODESTO – The Modesto Junior College Pirates needed a week off to regroup and re-assess what to do after a sobering 1-4 start.

The first half of the season couldn’t have gone much worse: A Laney bomb with 19 seconds to lose 26-25, a missed short field as time expired to lose at American River, an injury-ridden situation at quarterback.

Through it all, coach Rusty Stivers liked the makeup of his team. It showed last weekend when they again pressed the start button – the opening of the Valley Conference season – and produced a surprisingly lopsided 44-3 victory over Sacramento City.

“Our guys are a super group,” Stivers praised Monday. “You couldn’t tell if we were 5-0 or 0-5. They’ve maintained the course.”

MJC, ready to go on homecoming night, outgained the Panthers 408-93 and limited them to only seven first downs.   Keith Orona passed for 197 yards and was efficient in his first start, Aiden Taylor rushed for 127 yards and two touchdowns and the Pirates even executed a fake field goal for a touchdown pass from Cruz Marines to Holden Baldwin.

“It did surprise me. I expected a game all the way down to the last minute,” Stivers admitted. “We’ve played Sac when we’re 7-2 and they’re 2-7 and it’s right there down to one play.”

Not this time. Arguably the steadiest player for MJC, through the good and the bad this season, has been receiver Jacob De Jesus. The 175-pound sophomore, unrattled through the instability at quarterback, continued his strong performance by catching eight passes for 153 yards and a touchdown against Sacramento.

The bye week gave Modesto some time to reset its usually explosive NASCAR offense. Orona, a grayshirt until a few weeks ago, built on two full weeks of reps. The Pirates also settled on Taylor and Kimoni Stanley as a 1-2 punch with their ground game, and Alonzo Jackson moved to the slot while De Jesus shifted to wide receiver.

It fell into place against Sacramento but, more important, the overpowering performance by the defense lightened the load on the offense. Jalon Jackson, switched from receiver to defensive back, intercepted a pass to set up a score.

“It just created more balance for us,” Stivers said in reference to the changes. “We have to keep getting the ball to Jacob while keeping our balance.”

Modesto travels to San Pablo for a Saturday 3 p.m. kickoff against Contra Costa (2-3, 1-0), promoted this season to the Valley. Contra Costa, which defeated Reedley 22-14 in double overtime last week, features one of the state’s best defenses and a ball-control offense.

VIKINGS – Johansen (0-8, 0-5 in the Western Athletic Conference), the featured team at Monday’s Modesto Quarterback Club lunch meeting, brought eight upbeat players not daunted by its 0-8 record. “We haven’t been shut out in the second half. We are competing,” coach Rod Smith said. The Vikings trailed early last week and were beaten by Lathrop 28-14.

NOTES – Gregori (4-4, 3-0) will be a major underdog when it welcomes unbeaten Downey (8-0, 3-0) with first place in the Central California Athletic League on the line Friday night. The Jaguars trailed Pitman in the fourth quarter last week but rallied via two touchdowns by Michael Marsden (24 carries, 230 yards, 3 TDs) to win 28-21. Downey, still exhilarated by its last-second win over Turlock two weeks ago, cruised past Enochs 49-13. Conner Stoddard threw for 455 yards and six touchdowns and added a rushing TD. Gabe Hernandez caught 14 passes for 202 yards and three touchdowns, and Gavin Garcia tacked on seven receptions for 174 yards and two TDs. … Enochs started fast against Downey and trailed only 21-6 at halftime before the Knights reached their fastest gear. “They have speed that we don’t match,” Enochs coach Tracey Traub said. The Eagles travel to Turlock. …

Modesto Christian (6-3, 2-3) will finish its regular season with a tough assignment at home against Trans Valley League-leading Hilmar. The Crusaders believe they’re playoff-worthy after their 30-6 victory over Livingston. Last week, the QB club welcomed Crusader standouts Jeremiah Bernard, Raymond Corral Jr., Manasse Itete and Elmo Wartson. … Central Catholic (4-4, 3-0) will travel to undefeated Manteca on Friday night with the Valley Oak League title probably going to the victor. The Raiders, the defending VOL and Sac-Joaquin Section Division II champions, are hitting their stride after last week’s 35-7 win over Oakdale. Tyler Jacklich rushed for 223 yards and Tyler Wentworth passed for 173 yards on a pair of TDs, one of them a 50-yarder to Jaelen Nichols to end the first half. …

Modesto (2-6, 0-3 CCAL) will hold its homecoming Friday night at Chuck Hughes Stadium against Pitman. The Panthers were beaten by Turlock 58-15 last week. … Grace Davis (3-5, 2-3) snapped a three-game losing streak with a 31-0 win over Beyer last week. The Spartans limited the Patriots to only 51 yards in total offense. …