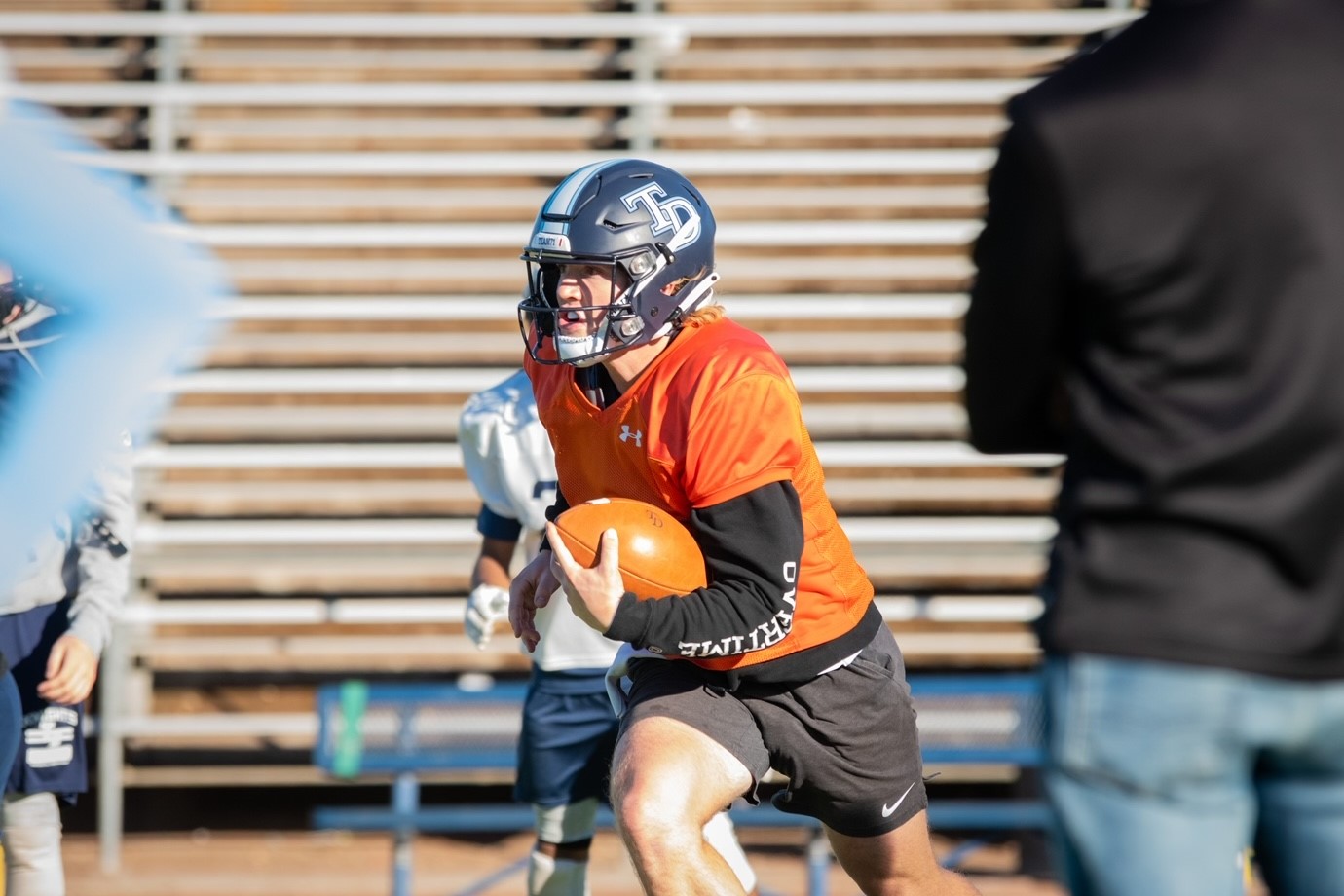 The 2022-23 season has been nothing short of historic for the Downey High football team. The Knights had gone nearly 40 years since their last perfect season.

That all changed when Conner Stoddard picked up a football on his first game of his senior year.

In a thrilling road game against the Lincoln Trojans, Downey’s superstar quarterback threw 369 yards and helped engineer a come-from-behind victory. From that point on it was obvious, Stoddard would lead these Knights to new heights.

Downey’s 10-0 regular season was its first since 1985. Deflecting praise, Stoddard instead pointed toward the Knights’ time together in the offseason. Downey spent a lot of time in the weight room and in passing leagues, building up their skills and trust in one another.

“I would also say that our offseason weight room and the summer 7-on-7s helped lead us to our record,” Stoddard said. “We’d have a passing league at Downey at least once a week and then we would go to Del Campo. We went to Cal (University of California Berkley) and Fresno State. Those workouts built unity and reliance.”

They also turned Stoddard into one of the most explosive players in the section, and one of two runaway favorites for the region’s Player of the Year award. Stoddard ranks among the Sac-Joaquin Section’s leaders in all passing categories. He’s currently third in passing yards with 2,824 yards with 35 touchdowns against just three interceptions. His 73.6% completion percentage is the highest among the section’s top-20 quarterbacks – by miles.

His stardom did not come overnight though.

Stoddard’s love for football comes from simple and humble beginnings.

“I would say that if it got down to a moment where I fell in love with it, it wouldn’t even be playing football and the team aspect. It would be when my dad and I would watch 49ers games on the weekends and then during halftime I couldn’t wait to throw with him,” said Stoddard.

That innocent love began to grow more over time. Playing football in elementary school eventually led to his football career in high school, where Stoddard originally started playing as a freshman at Pitman.

Stoddard also spent a brief period at Central Catholic. In search of a football team to better fit his style of game, Stoddard transferred to Downey where he instantly felt a sense of home. One aspect that made him feel the most at home was the experienced coaching staff, led by head coach Jeremy Plaa.

“I truly believe (what sets Downey apart is) we have the best coaches in the whole area, not just because I’m biased but because you can tell that these coaches care. It’s so organized how coach Plaa has it done. Every minute of practice he has set to the minute what we’re going to be doing and there’s a reason for everything. They’re invested in getting you to be better,” Stoddard said.

The coaching staff at Downey can be credited in part for Stoddard’s “tremendous growth” throughout his three years in the program.

“In my sophomore year, we didn’t get to throw because of COVID and then going into my junior year the summer really helped. Then senior year, I just feel like I feel a lot more confident now in the receivers, the routes, the team, and in the system the coaches have. Now I know that I don’t have to do anything crazy to have a good game. I know now that we just have to follow the script of what the coaches want us to do. … The growth has taken time. It’s growth I’ve had to be patient with,” he said.

All the skills Stoddard has developed and lessons he has learned have led him to this amazing season.

In his final year of high school football, Stoddard has guided Downey to a 10-0 regular season and second straight Central California Athletic League title. The Knights are ranked No. 2 in the FrontRowPreps.com region and will host Granite Bay in the second round of the Sac-Joaquin Section Division II playoffs on Friday.

“We want to go far in the playoffs, we want to win the section title,” he said. “Our games this season are proof we can go far and not think of going to State as something we can’t do; we can do that we just have to get it done.

“We have all the tools it takes to go get it done and I feel like it’s just about having that belief and confidence in ourselves. I’m looking forward to the opportunity to go out there and do it.”

Lauren Davis is a junior at Sierra High School in Manteca. The intern reporter is a rabid sports fan, cheering on the San Francisco Giants every chance she gets. Davis has dreams of working in journalism.