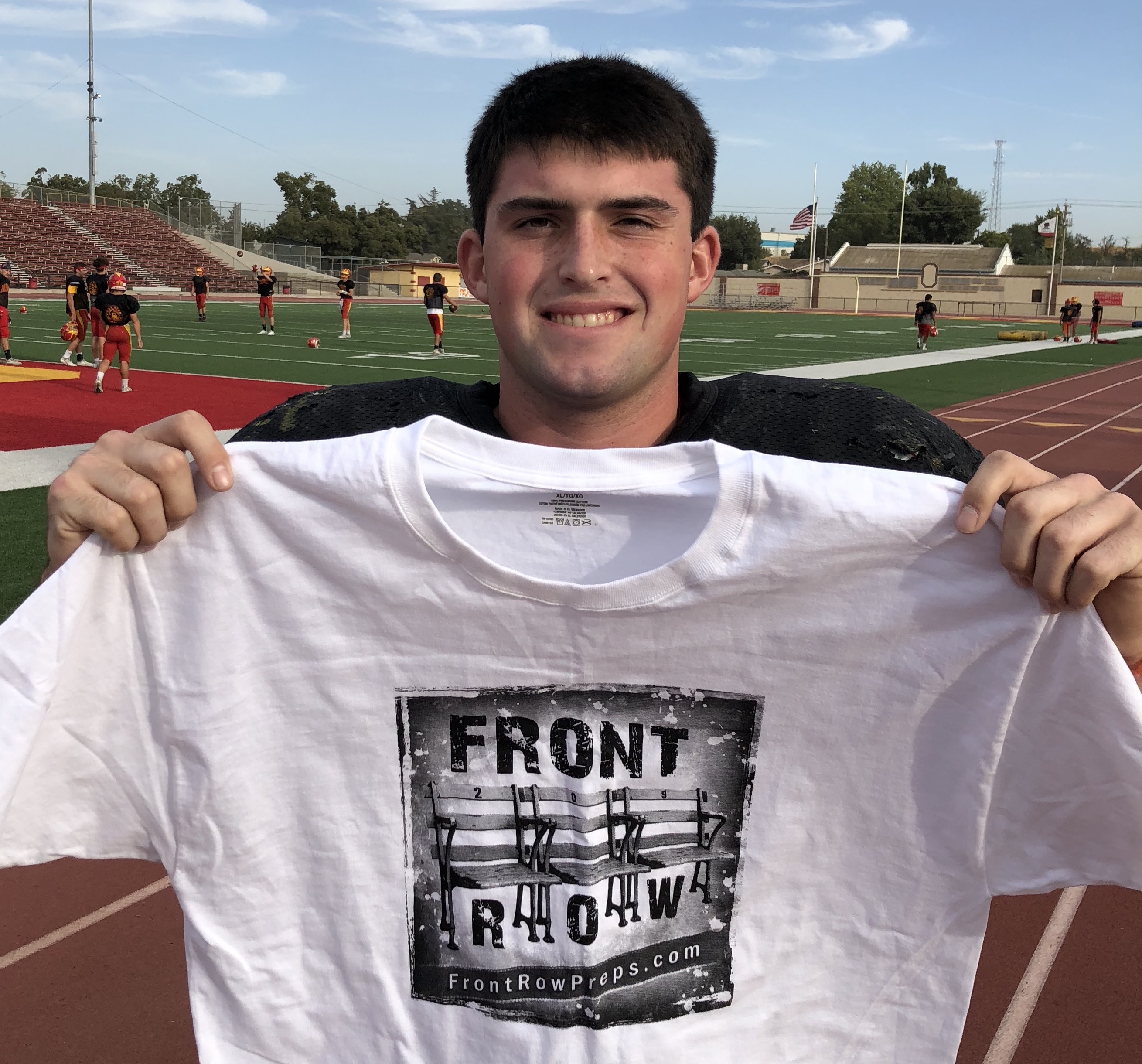 For the second time this season, an Oakdale High player has been named Front Row Preps' large school Athlete of the Week.

Moore carried the ball 23 times for 141 yards and scored a pair of touchdowns -- one on the ground and one through the air.

The Mustangs are 3-1 and travel to Manteca Friday night to begin Valley Oak League play against a much-improved East Union team. Kickoff is slated for 7 p.m.

FR: Did it feel like you were having a big night?

MM: I mean, a little bit. Obviously, the two toucdowns, but we were all contributing equally. I didn't really feel like I did much more than anyone else in the backfield.

FR: Do you mind being overlooked in the race for the VOL title? Does that fuel you at all?

MM: We don't mind it all. Everybody's going to have their opinion of us. We know what we can do. I mean, sure, it fuels us, people doubting us, but, at the end of the day we have to fuel ourselves, we can't rely on other people to give us motivation.

FR: Do you feel like the team is rounding into shape now?

MM: We're better now than we were when we started at the beginning of the year, but we've still got a long way to go, we've got a lot of errors to improve on."