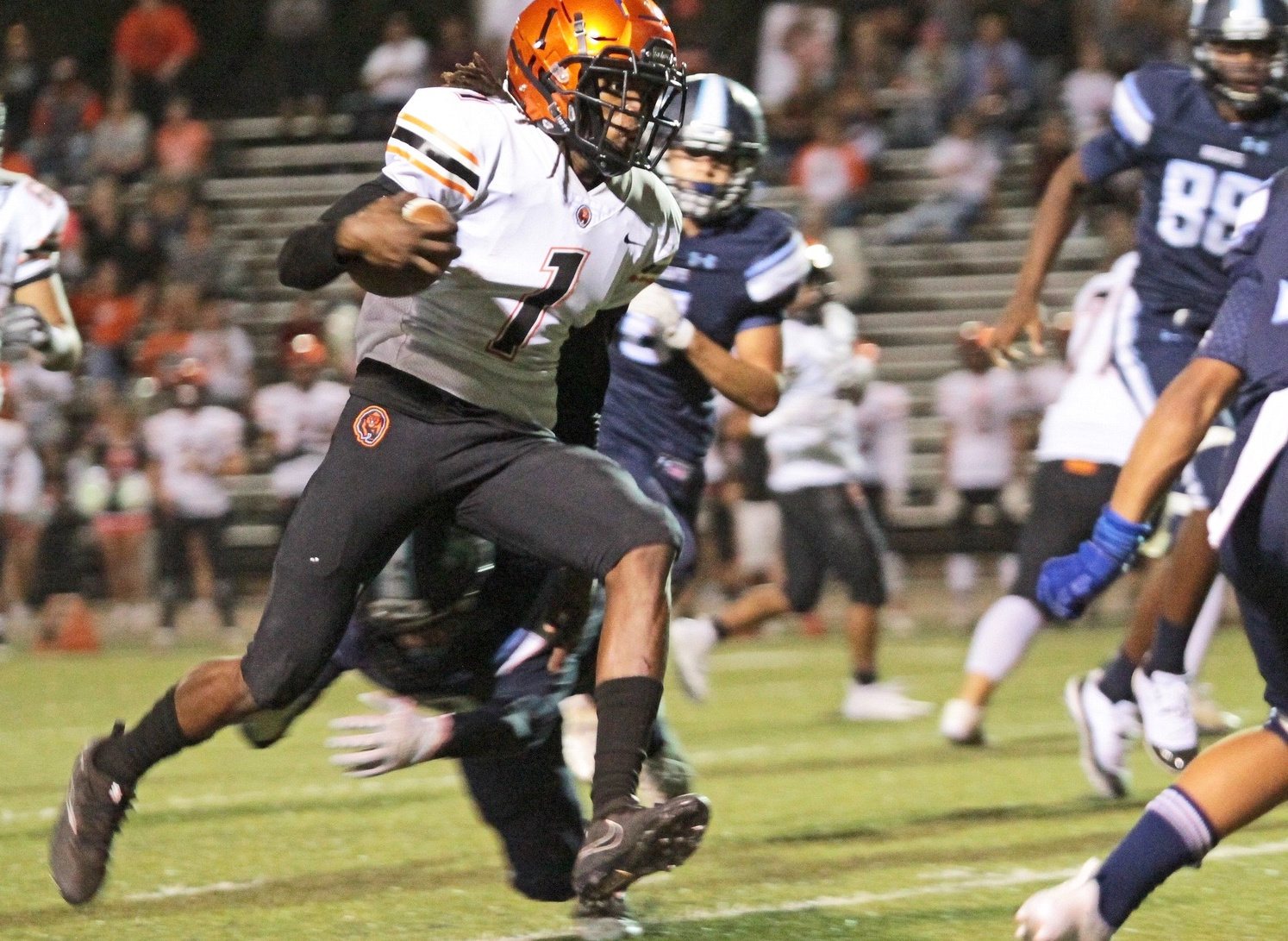 MVP and now All-State. Warren has it all except offer. 'No idea why,' coach says.

Rob Scheidt marvels at the athletic ability, just like everyone else, but the longtime coach of the Merced High football program is most impressed by Dhameer Warren’s demeanor.

For an electric multi-sport athlete who lives under a constant spotlight, Warren is remarkably humble. He can be soft-spoken and he’s never without a mega-watt smile.

“For me, as a coach, it was nice to have a player who is all in,” Scheidt said of Warren, a three-year varsity starter and the 2018 Central California Conference MVP. “He not only plays well, but he carries himself that way (off the field), too. He always has a smile on his face and it’s infectious.”

He’s got reason to grin.

Warren has been named to the Cal-Hi Sports All-State Medium School third team after a banner senior season. Warren was the Central California Conference’s Most Valuable Player and a FrontRowPreps.com All-Region Large-School selection, starring as a quarterback, kick returner and defensive back for the Bears.

Merced won its first 10 games and finished No. 2 in the FrontRowPreps.com final regular-season poll, trailing only season-long No. 1 Central Catholic. The Bears pummeled opponents en route to the CCC title and top seed in the Sac-Joaquin Section Division III playoffs, burying them beneath an avalanche of points. Merced led the region in scoring average at 47.7 points per game, also the sixth-best average in the section.

Warren was often the instigator.

He threw 14 touchdowns against just one interception while sharing time with Junior Garcia. He also rushed for 674 yards and nine touchdowns, and racked up a career-best three 100-yard games. Defensively, he picked off three passes, returning one for a touchdown.

“It’s been a good relationship with him,” Scheidt said, “and we’re proud of all the post-season accolades he’s received. We’re excited to see where football will take him.”

Just where he lands remains a bit of a mystery.

Warren, an Honor Roll student with a strong SAT score, has been offered a preferred walk-on spot with Arizona and Fresno State, two marquee West Coast programs. He’s also generated interest from UC Davis, a program on the rise under coach Dan Hawkins, Scheidt says, but there hasn’t been a single scholarship offer for the multi-sport star with qualifying academic marks.

“No one has pulled the trigger on him and I have no idea why,” he said. “We’ve sent all of his stuff out and he’s a really good student — over a 3.0 GPA and he did well on his SAT. I just feel like his best football is ahead of him, especially if concentrates on one side of the ball.”