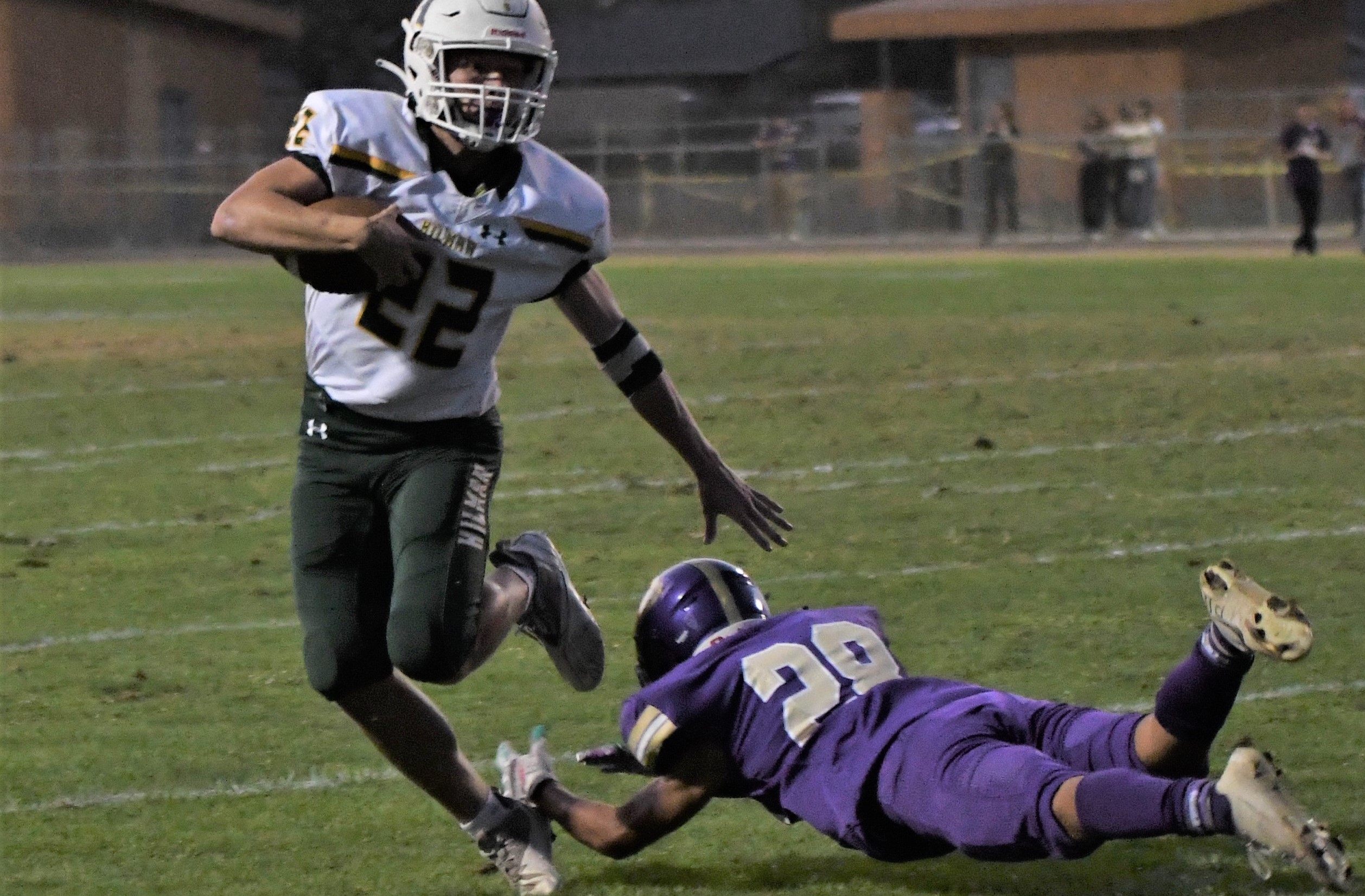 Hilmar quarterback Caden Bailey eludes a Livingston defender during the Yellowjackets' 35-0 win in the Trans-Valley League opener for both schools on Friday, Sept. 16, 2022, in Livingston, Calif. (Photo by AnnaMarie Silveira)

Caden Bailey scored on runs of 14 and 37 yards, and connected with receiver Derek Taylor for a 35-yard touchdown, as the Yellowjackets (2-3) bounced back for a convincing 35-0 Trans-Valley League win over Livingston (2-3).

Bailey threw three interceptions in the first half against Palma, but was much more steady in the second half of that game.

“After that first half last week, he was a different player,” said head coach Frank Marques. “The speed of the game was just different for him.”

In addition to Bailey and Taylor, Luis Vargas scored on runs of 11 and 2 yards as the Yellowjackets rolled to a 35-0 halftime lead.

The entire second half was played with a running clock.

“It’s tough to lose Huddy,” said Bailey. “But I’m glad the coaches saw in me what they saw. I think I’m ready.”

Hilmar faces a gauntlet over the next month.

The Yellowjackets will face Ripon, a 54-19 winner over Modesto Christian, this week, then host Escalon on Sept. 30. The Cougars entered Friday’s action as the No. 1-ranked Division V team in the Sac-Joaquin Section, but were upset by Hughson, 29-14.

After a bye, Hilmar takes on suddenly dangerous Hughson on Oct. 14.