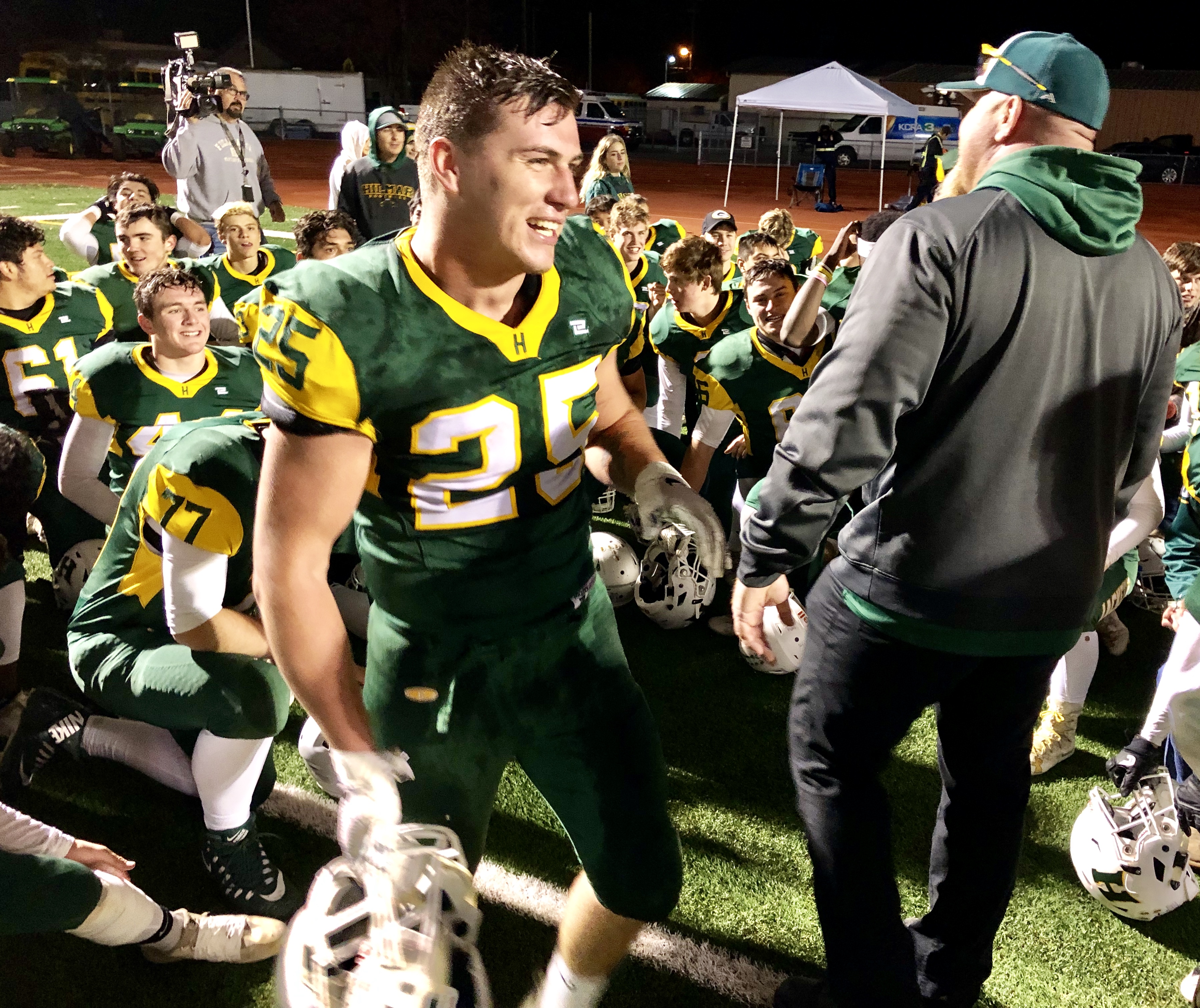 It really was a season for small-school football programs, like Hilmar and Denair, to rise to new heights.

The Yellowjackets capped the high school football season in the FrontRowPreps.com region with a CIF State Division VI-AA championships. Hilmar pummeled its final three opponents, including Strathmore in the state final, 49-0.

One week earlier, Denair, a school only 10 miles away, completed its banner season with a CIF State Division VII-AA trophy. The Coyotes, with a locked-and-loaded Wing-T offense, gutted Santee of Los Angeles before a hungry home crowd, 42-14.

Kamps was named as a multi-purpose player, while Vivo, an exciting dual-threat quarterback prospect, made the first team as a defensive back.

A pair of highly-touted linemen highlighted the Cal-Hi Sports All-State Juniors team. Turlock offensive lineman Everett Johnson, who has verbally committed to Cal, was a first-team selection, along with Carlton.

FrontRowPreps.com will continue to report on Cal-Hi Sports’ all-state teams as they’re released.