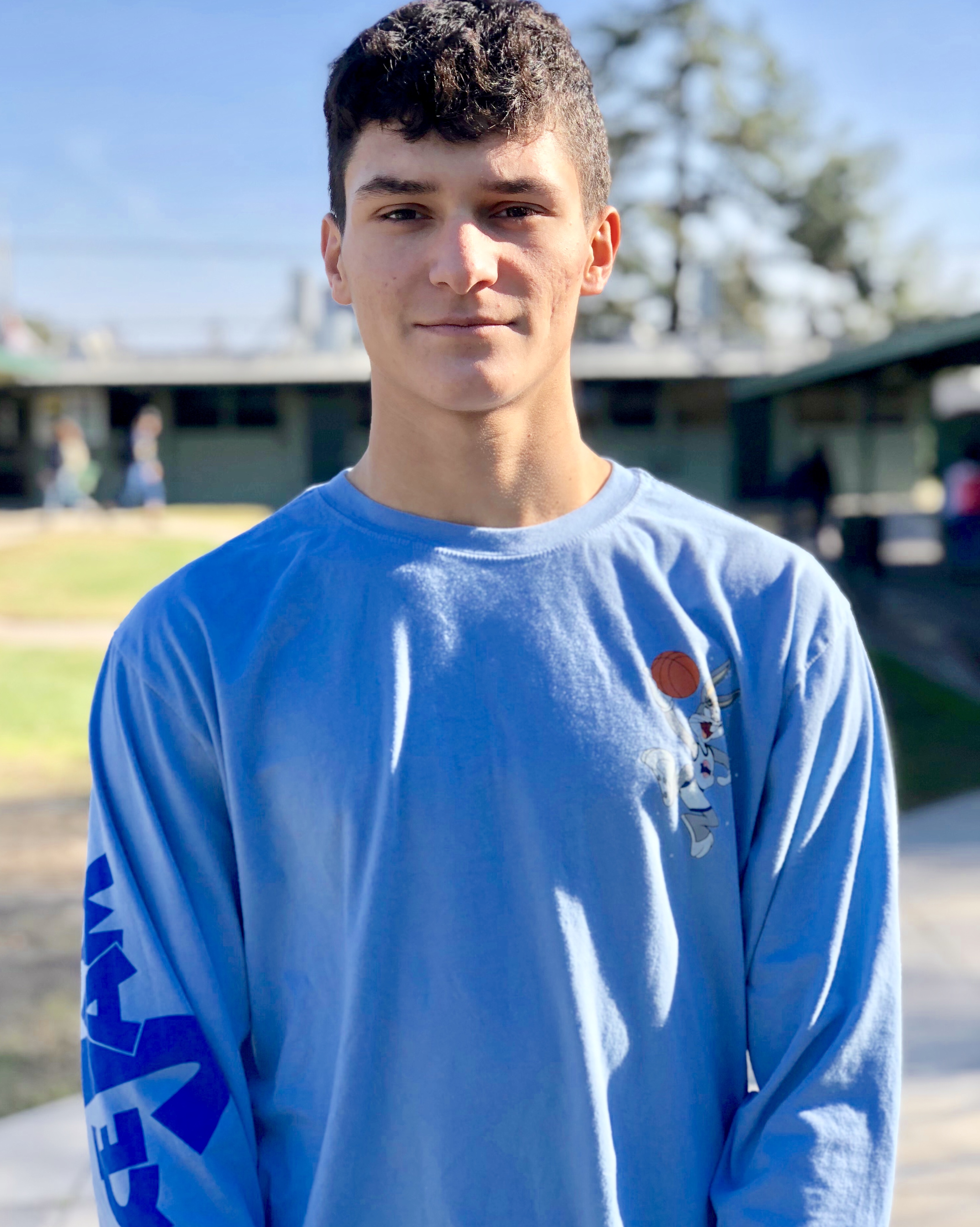 'Not afraid to take the reins.' Pitching prospect guides Hilmar's run at state.

HILMAR — Treven Crowley may have a quiet disposition and a slight frame, but his talent speaks loudly and casts a long shadow.

The Hilmar junior is a highly-touted pitching prospect with a howitzer for a right arm. Crowley can pound the mitt at 90 mph and holds several Division I offers, including an invitation to join the pitching staff at UCLA.

“I don’t know where he gets that speed,” Hilmar football coach Frank Marques said of his 6-foot-1, 165-pound quarterback. “His arm is the size of a pencil.”

Not that he is complaining.

After winning a battle that extended into the Trans-Valley League season, Crowley has become the maestro in the Yellowjackets’ explosive Spread offense. While running backs Isaac Sharp and Justin Rentfro draw most of the attention, Crowley has quietly pieced together a breakout season and guided Hilmar to within one game of its first state championship.

The Yellowjackets finished tied for the third in the TVL, but storm into the CIF State Division VI-AA bowl champions of the Sac-Joaquin Section and Northern California. Hilmar will host reigning state champion Strathmore on Saturday. Kickoff is 6 p.m.

Strathmore defeated Hilmar in a CIF State regional play-in game last fall, 53-52, in wild overtime thriller. The game was decided on the final play, a two-point conversion by the Spartans’ 2,000-yard running back Joseph Garcia.

“That one still hurt,” Marques said. “It’s one of those games that we had four opportunities to win the game and we couldn’t put it away. That last play of the game, we still think that guy was out of bounds and shouldn’t have scored.”

The Yellowjackets have used that loss as motivation.

Sharp and Rentfro combined for nearly 380 yards and five touchdowns, but the lightning-and-thunder tandem carry their own set of regrets into the rematch. Sharp battled injuries that limited his effectiveness late, while Rentfro’s fumble inside his own 5-yard line in the final minutes of regulation allowed Strathmore send the game into overtime.

“We have a chip on our shoulder and we want revenge. It’s like a sliver in your paw or a burr under your saddle,” Marques said. “That one hurt and it’s lasted a long time. Now we have a chance to play them again, and oh by the way, there’s a state title hanging in the balance. I think the kids are more excited about seeing them again than winning a state title.”

The rematch was solidified, in part, by Crowley, who threw a career-high five touchdowns in a 48-14 romp over East Nicolaus in last week’s regional bowl. Crowley had four TD passes by halftime and then punctuated his performance with a scoring strike to his twin brother, Trent Crowley.

For the season, Treven Crowley is completing nearly 61 percent of his passes for 1,411 yards and 15 touchdowns with no interceptions.

“He’s really matured into quite the quarterback,” Marques said. “I knew we had a quarterback battle on our hands, but he just kept improving. Part of the thing, too, he doesn’t make any mistakes. He plays error-free and doesn’t put any pressure on our team.”

Hilmar is 9-1 since Crowley became the full-time starter during an overtime victory at Escalon on Sept. 21. Crowley was named the starter before the game and then helped engineer the game-winning drive in overtime.

Padilla was carried off the field on the shoulders of his teammates after stroking a 33-yard field goal to clinch a 20-17 victory, but Crowley was once again the quiet catalyst on a night when Hilmar’s vaunted run game was bottled up. Crowley completed 11 of his 20 passes for 175 yards and two touchdowns.

“When the pressure was on, he drove us down the field when he had to,” Marques said. “He made some big throws. He’s a quiet kid, but he’s not afraid to take the reins. He’s got that in him.”