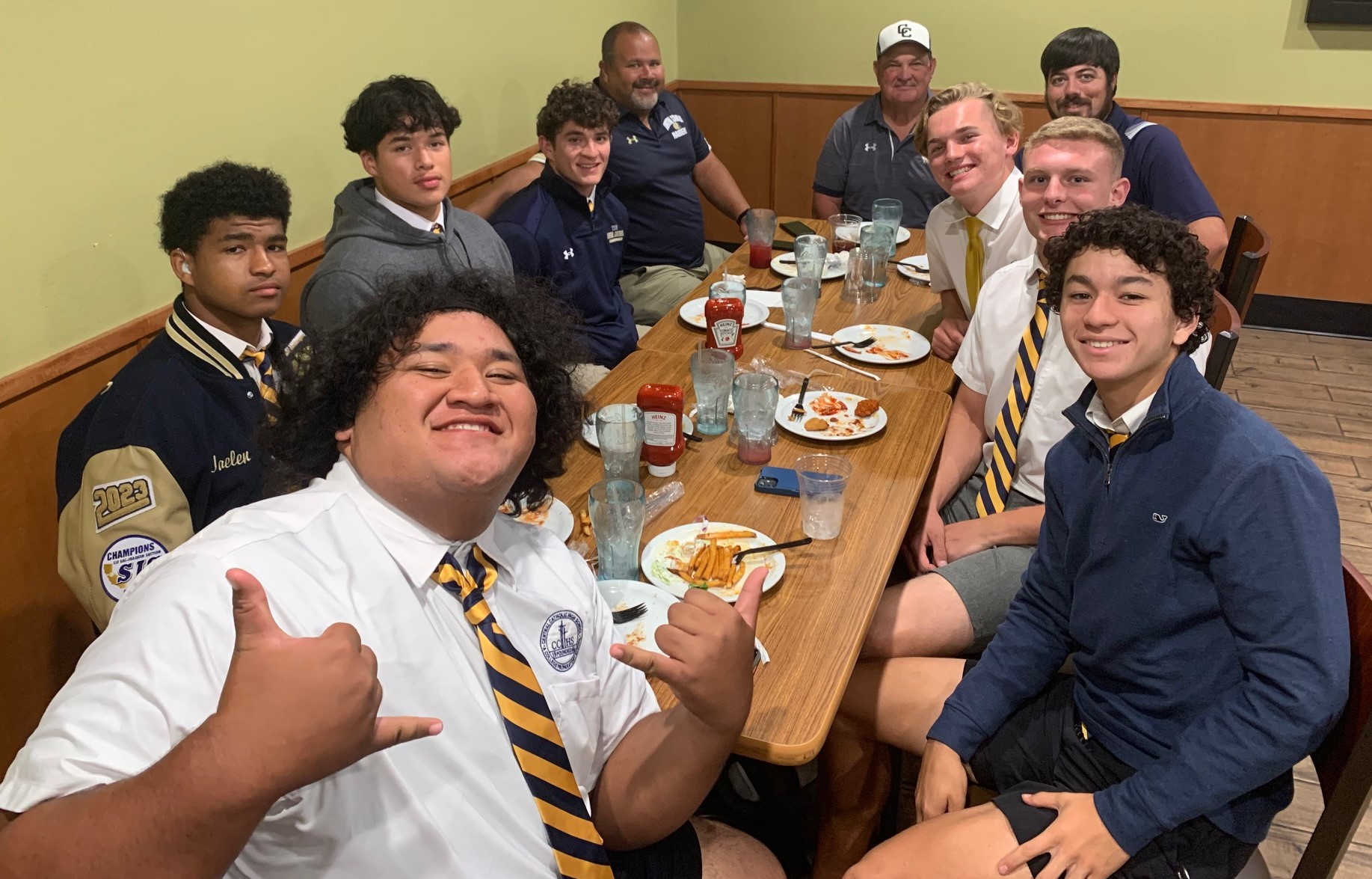 Nothing to lose: Central Catholic eager to take on California's #1 football team

MODESTO – The Central Catholic High Raiders will depart Thursday morning for their long journey to Bellflower and what all observers believe will be a certain defeat against national powerhouse St. John Bosco.

So why was Raiders veteran coach Roger Canepa so upbeat during the weekly Modesto Quarterback Club’s lunch meeting?

Can you say, “Nothing to lose?”

It is a rare opportunity for any football program in the valley to tee it up against a team like St. John Bosco (4-0).  The Braves have been recognized for two national titles in football and are currently ranked No. 1 in California by maxpreps.com.

Friday night’s game will be contested in front of the usual sellout crowd of up to 6,000 at Bosco. The Braves, an all-male prep school, have allowed only a touchdown per game while averaging 44 points. In fact, Bosco already has beaten Central Catholic — a 49-0 thumping at Central Catholic of Portland.

Last week, Kahuku – Hawaii’s top-ranked team – traveled to the mainland and was beaten by Bosco 34-7.

Central Catholic needed a game after Windsor of Santa Rosa canceled, and Bosco coach Jason Negro – a friend of Canepa’s who has family in Tuolumne –  quickly filled the date. The Braves have agreed to help with expenses for what is usually a five-figure trip.

The Raiders, ravaged with injuries during a nasty non-league schedule that included St. Francis of Mountain View, Serra of San Mateo and St. Mary’s, believe they are recovering after last wee’s bye.  They’ll begin the defense of their Valley Oak League title on Sept. 30 against East Union with a team they hope will be hardened and tough (the Raiders have played only one home game).

A lot will depend on how they fare at Bellflower. Toward that end, the Raiders will bring up several sophomores and put 35 in uniform for the game.

“If you want to be one of the top programs, you have to play the best,” said Canepa, who voiced no regrets over the rugged preseason schedule. “Our goals are always to win the Sac-Joaquin Section (Central will be promoted to Division 1) and Valley Oak League titles.

Canepa also was encouraged by CC’s improvement during its 42-30 loss at Serra two weeks ago. The Raiders led 16-7 before the Padres rallied.