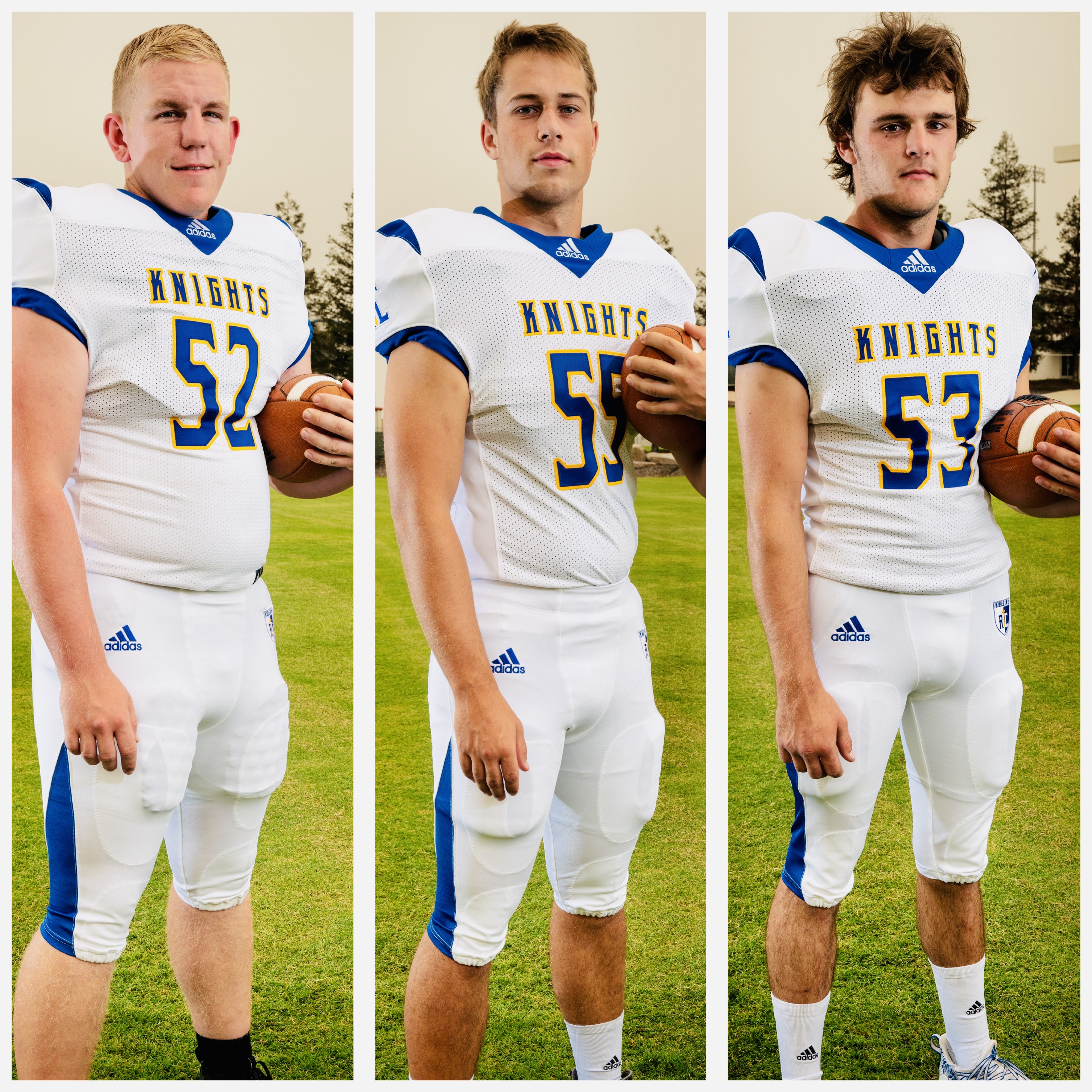 Zach Brouwer, Jay Hoekstra and Alex Sonke have led a late-season resurgence by the Ripon Christian defense, which has given up just 14 points in its last two Southern League games.

On the defensive: Knights build toward postseason while officials look to lift ban

Fact: Ripon Christian's postseason fate will be decided in a courtroom.

Also fact: While school officials work with lawyers to undo a postseason ban, the football Knights have played with blinders on, hyper-focused on building momentum going into the Sac-Joaquin Section Division VII playoffs.

Ripon Christian was placed on probation for three years and also banned from the postseason for two years after the section ruled the Knights and three others participated illegally in club football in February and March. The Knights lost their appeal, head coach Phil Grams said, but are seeking a temporary restraining order on the playoff ban.

Until then, football marches on.

"We're preparing and playing like we'll be in the playoffs," Grams said.

Ripon Christian has won two straight games to climb to 6-3 heading into a Week 10 showdown with upstart Delhi. The Knights have smothered their last two opponents, limiting Mariposa and Gustine to just seven points apiece.

Grams points to a subtle change in the Knights' look, defensively. Ripon Christian began the season in an even look, but after yielding an average of 28 points per game over the first seven weeks, the Knights have incorporated an odd look -- similar to a 3-5-3 stack -- a defense many of the players were raised in in the Knights' youth system.

"We were having to score six or seven touchdowns to win. We scored 21 points against Waterford, which should have been enough to win that game," Grams said. "We needed one more stop and they got 28 on us. We felt like we were giving up way too many points, so we made a change."

Captaining the change have been two-way linemen Zach Brouwer and Jay Hoekstra, whose play in the trenches have allowed the linebackers, like middle Dustin Hoekstra, to play free and fast. Brouwer is a mountain of a man, standing 6-feet, 2-inches tall and tipping the scales at 260 pounds. Zach Hoekstra is taller and leaner at 6-foot-3 and 210 pounds.

Fellow senior Alex Sonke is the odd duck when posed next to Brouwer and Hoekstra. Sonke is 5-10 and 165 pounds, disappearing in their shadows, but Grams believes his play at defensive tackle has been just as instrumental.

"The kids have eaten up the change," he added. "Defenses play better as the season goes on as a whole, right, as teams get more comfortable. The timing has been great. I believe defenses win championships and our defense is playing well going into the playoffs. We feel like we're a pretty good matchup for anybody in the D-VII playoffs."

Ripon Christian closes the regular season with the Hawks (4-4, 2-4), who became playoff eligible with a runaway victory over Le Grand last week. Angel Ramirez rushed for 324 yards and five touchdowns and returned an interception 92 yards for another score as Delhi rolled to a 56-38 win.

It's another big test for the Knights' defense.

"He's hard to tackle," Grams said of Ramirez, who has rushed for 613 yards in his last two games. "He moves well and reads the defense. He plays pretty well on defense, too. He's just a good football player. You got to account for him on both sides of the ball. ... The Southern League is crazy, man. The Southern League is playing well. It's a neat league to be in right now."