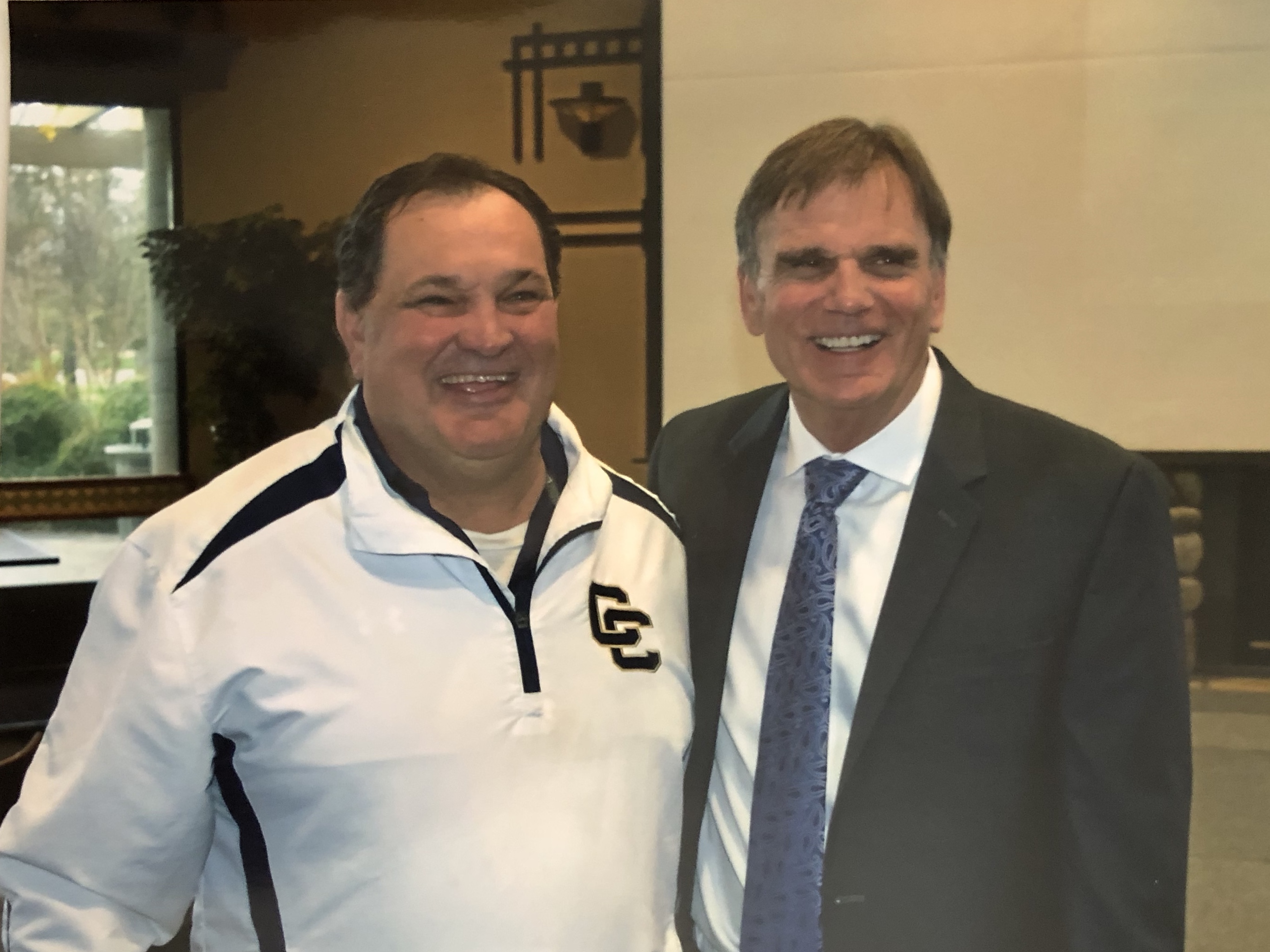 Five reasons you need clones: One game stands above the rest this Friday night

And even though it's not being played within the region, the Central Catholic-De La Salle matchup in Concord is the game about which most fans will be asking, "Do you know the score?"

That stands to reason, since the parochial school powers -- Central Catholic a small school, De La Salle a large -- have never met on the gridiron.

Central Catholic is a stalwart within the Sac-Joaquin Section with a record 19 championship banners in its 50-plus-year history. De La Salle, meanwhile, has won 26 North Coast Section championships ...

The last time the Spartans failed to win the NCS title was in 1991, when they lost to Pittsburg in the section final. Before that, De La Salle had won seven of the previous nine section titles. The following year, the Spartans began their national-record 151-game winning streak, with Merced being the first victim on that list.

A quick check of the math shows that since 1982, the Spartans have won 33 of 36 possible D-I titles, and have played for a state championship every year since 2007, when the CIF went to a north-south state bowl format.

If you can't get to Concord for what undoubtedly will be Central Catholic's toughest game of the year, there are plenty of other games closer to home that figure to be entertaining.

Downey (1-0) at Manteca (1-0): The Buffaloes are the reigning Sac-Joaquin Section Division III champions, having won the D-IV title the year before. They showed last week in a 64-14 thumping of Lathrop that despite losing head coach Eric Reis and quarterback Gino Campiotti the offense remains explosive. Jorge Cedano had 178 yards receiving, Trabron Russell rushed for 125 yards on 14 carries, and junior quarterback Ryan Ward completed 77 percent of his passes. Downey impressed in its opener with freshman phenom quarterback Beau Green throwing for two touchdowns and rushing for another in a 39-19 win over East Union.

Gregori (0-1) at Merced (1-0): Last season, the Jaguars ran the table against Merced teams, beating the Bears, Golden Valley and El Capitan to start the season. Atwater's Buhach Colony gained a measure of revenge for the Central California Conference last week with 13-6 win over Gregori. Merced, which throttled Del Campo 51-15 in its opener, will be looking to settle the score.

Ripon (1-0) at Sonora (0-1): This week probably is the worst possible time to be playing the Wildcats, who are making their home debut one week after being knocked from the No. 1 spot in Front Row Preps' small-school rankings following an embarrassing 49-0 setback to archrival Oakdale. Think Bryan Craig will have his troops a little fired up this week? Ripon blanked Weston Ranch last week. Ryan Daggett, one of the area's top dual-threat quarterbacks, rushed for two scores.

Orestimba (1-0) at Hughson (1-0): The Huskies moved into Front Row Preps' small school rankings at No. 9 after a thrilling 40-39 win over Stagg. They'll face another stiff test in an Orestimba team -- ranked fourth by Front Row -- that has become one of the most consistent small-school programs in the region under head coach Aaron Souza. MaxPreps has the Warriors ranked No. 436 in the state, while it puts Hughson at No. 452. This one should be close.