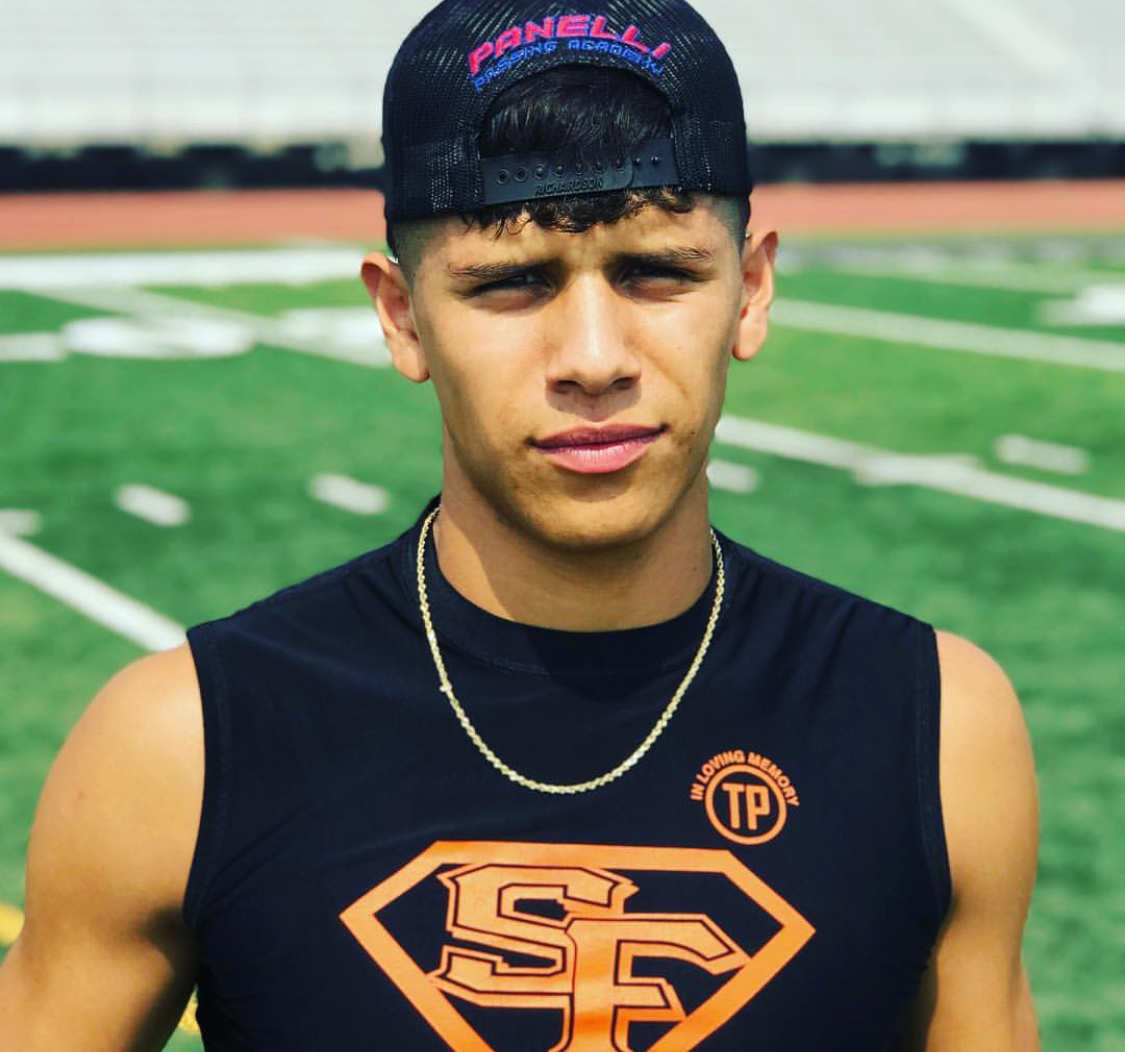 Pacheco quarterback Marcus Ordunez has three straight games with at least 200 yards of total offense, including 258 yards and four touchdowns in a victory over Lathrop on Sept. 21, 2018. (Greg Panelli)

From scout team reps to spotlight, Pacheco quarterback plays with a fire

LOS BANOS — The Pacheco football team is off to its best start in five years, flying high with dual-threat quarterback Marcus Ordunez at the controls.

Ordunez had 258 total yards and four touchdowns as the Panthers defeated Lathrop 49-12, improving to 4-1 and 2-0 in the Western Athletic Conference. Pacheco is one of three league teams at 2-0, joined by intra-city rival Los Banos and WAC newcomer Mountain House, and is 4-1 for the first time since 2013.

"We try to take it one week at a time. We want to go 1-0 every week," Ordunez said. "That's one thing our coaches preach. We can't get too far ahead. We have to game plan for each team we see."

Ordunez's game has peaked with the arrival of league. He has three consecutive games with 200 or more yards of total offense, including a season-high 171 yards through the air against the Spartans, once a member of the Valley Oak League. Ordunez completed 6 of his 12 passes and had touchdown strikes to Chris Medrano and Jerry Winters.

He also rushed for 87 yards and two touchdowns on 10 carries en route to the American Chevrolet Large-School Athlete of the Week award. The Panthers had 501 yards of offense, including 330 on the ground.

"I feel like as a team we've played better. We've been playing smarter, limiting the penalties as a offense," Ordunez said. "With everyone around us playing their game — like I said, playing smarter — it really helps us execute things as a offense. It makes my job easier and it makes the running backs' jobs easier."

For the season, Ordunez, a third-year varsity player, has 1,118 yards of total offense. He has completed 61 percent of his passes for 625 yards and four touchdowns. He's also rushed for 493 yards and nine touchdowns, averaging nearly 8 yards per carry.

Ordunez is relishing his time under center. He began playing the quarterback position at the Pop Warner level and was elevated to the Panthers' frosh-soph as a freshman. He pushed two-year starter Eric Barton for the varsity job as a sophomore and junior, biding his time as scout team QB and a wide receiver.