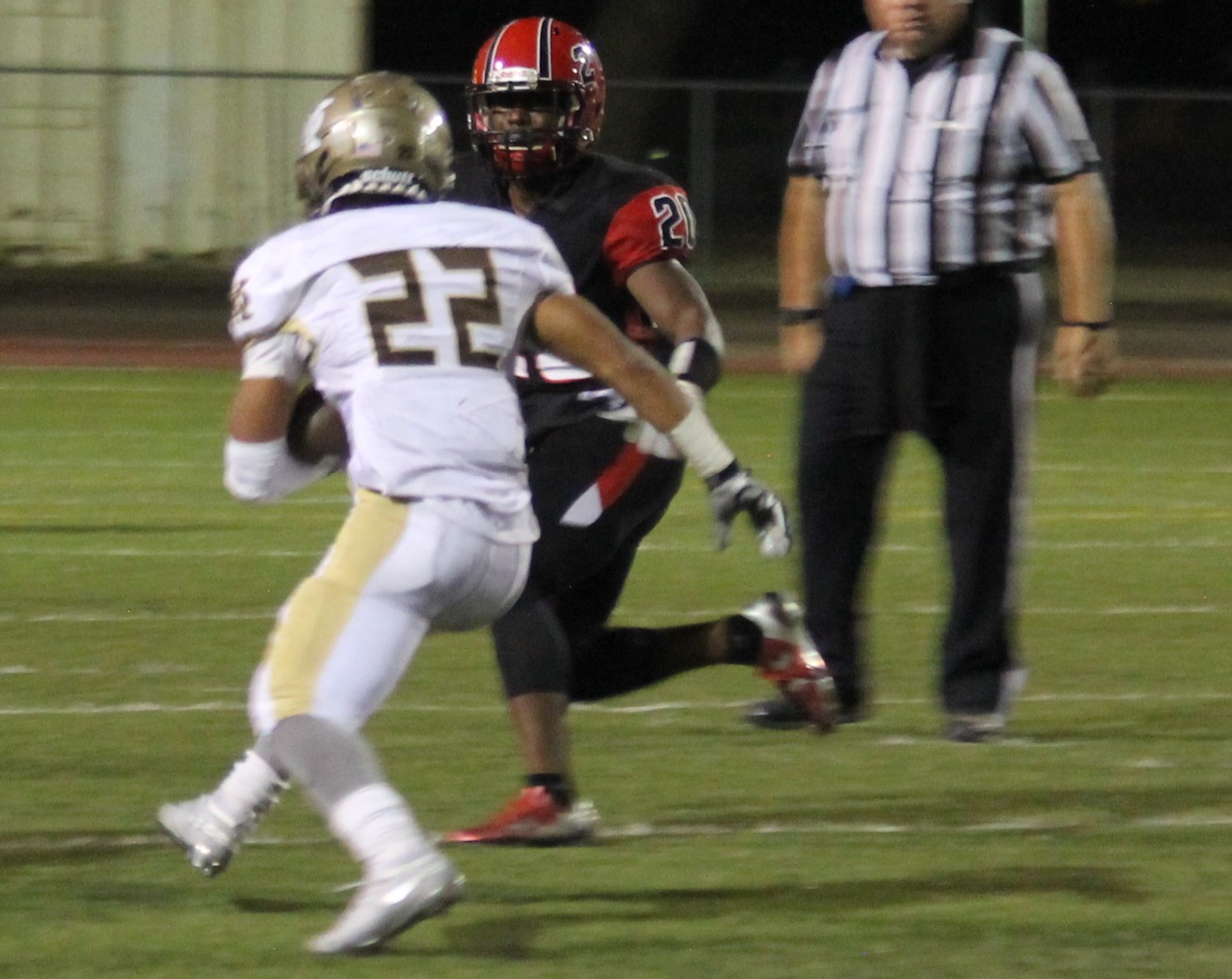 Modesto running back and safety Zaire Eugene had more than 140 rushing yards, two touchdowns and two interceptions in the Panthers' 26-16 victory over Stagg on Friday, Sept. 21, 2018. (Joey Santos)

Both teams entered the game with win streaks and both teams started the game rough, but only one was able to put it together.

Stagg got on the board first with an unforced error by Modesto. Backed up to their own end zone, quarterback Alonzo Rodriguez pitched the ball behind his running back and through the end zone for a safety.

The running back and safety was all over the field.

They key to stopping Stagg’s offense was bottling up Cameron Deville. The senior quarterback was coming off a 335-yard, five-touchdown performance last week.

The Modesto defense made it clear that it was a new game, as they picked off an errant pass in the first few minutes of the game. Deville had six interceptions.

At the end of the first quarter it was 2-0 Stagg and it looked to be a ground-and-pound, slow-paced battle. The outcome remained in limbo at the half, as Modesto held a 13-9 lead.

This article was written by Manteca High senior Joey Santos.