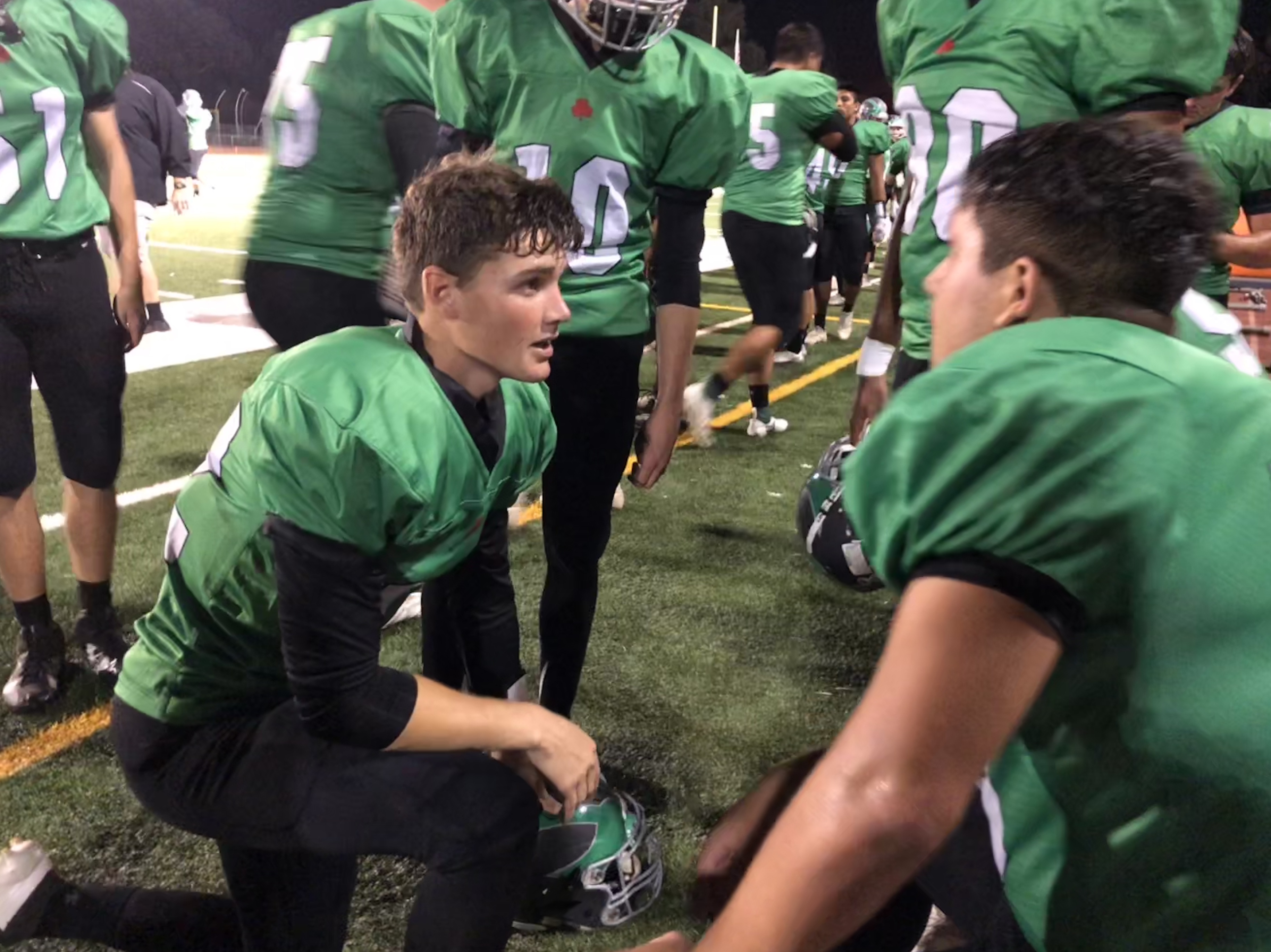 The 6-foot, 170-pound senior might worry about how much he’ll be fined for using the  pronouns “me” or “my” or “I” during sessions with the media. Fair has such a team-first mentality that he doesn’t even like to refer to his targets as “my receivers,” but rather “our receivers.”

But after his performance in Friday night’s 24-6 statement win over Gregori in a Central California Athletic League matchup, there’s another little stat for him to mull: Fair completed 12 of 17 passes for 264 yards and two TDs, unofficially breaking the school’s single-game yardage mark, formerly held by 2006 graduate Colin Kaepernick.

“It feels good,” said Fair. “He’s a big name out in the world right now. I’m kind of speechless. I don’t focus much on them, but it’s going to be fun to see my name in there (record book)."

As a bonus, Fair and his teammates no longer will have to hear criticism about how they had not beaten a team with a winning record.

“We know what we can do, we know our team’s good, we know that we can execute and get the job done,” said Fair, whose team entered the Gregori game with an opponents’ combined won-loss record of 6-31. “Playing the ball that we like to play, it kind of opens up people’s eyes.”

The Pride opened eyes against the Jags, who entered the contest averaging nearly 52 points per game over their previous four.

The teams battled to a scoreless tie then Pitman went up 3-0 on a 28-yard field goal by Caden Speckens with 1 minute, 59 seconds elapsed in the second quarter. On the ensuing possession, Gregori missed a 19-yard field goal that would’ve tied the score. Pitman took over on the 20 following the miss, and after gains of 21 combined yards on the first first three plays, Fair hit Denzel Steckwren for a 59-yard scoring strike to make it 10-0 with 2:44 to play in the first half.

Early in the third quarter, the Pride got the ball back when Jaron Acevedo deflected a Gregori pass, which then fell into the waiting arms of Matt Robinson. Pitman capped the drive when Fair hit a wide-open Payton Bass to make it 17-0 with 9:16 to play in the stanza. It was fair's last throw of the contest.

The Pride added one more score when Jakob Partida powered his way into the end zone from the 1, making it 24-0 in the fourth quarter. The drive started at their own 2-yard line.

Gregori got on the scoreboard late in the game when Trey Longstreth hauled in a 51-yard strike from Baker Melendez for the final margin.

After the game, Pitman coach Tom Tyler stood on the field near Debely's north end zone, talking to reporters. Finally, he was asked the inevitable: Was he sick of hearing about how his team hadn't played anyone this season?

Tyler paused for a moment, then laughed before answering rhetorically, "What do you think?" He went on. "You know, the teams that we had on the schedule are notoriously pretty good programs, they just haven’t won, you know what I mean. And we’d like to think we got their best shot and did a pretty good job against them."

To see other scores from around the region, click here.