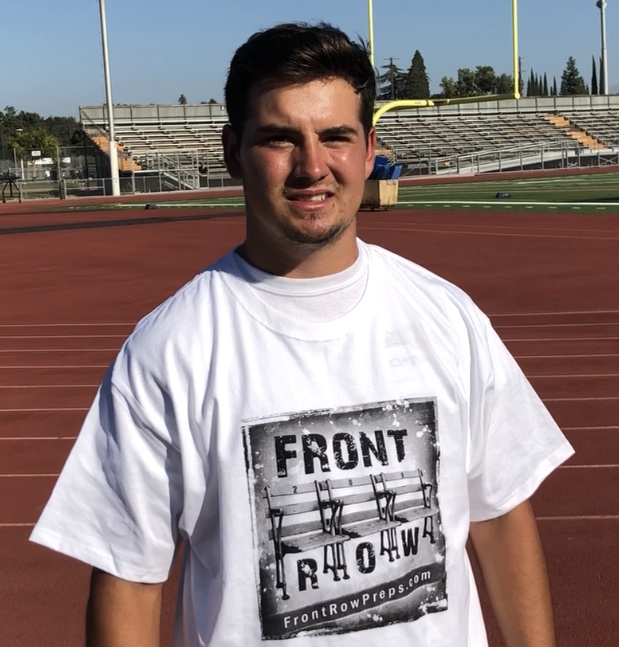 Jakob Partida was thought he had a shot at Pitman High's single-game scoring record. Instead, he broke the single-game rushing record.

Jakob Partida set the Pitman High single-game rushing record Friday at Lincoln High in Stockton, carrying the ball 21 times for 303 yards and four touchdowns in the Pride's 49-28 victory over the Trojans.

But that wasn't the record he was after.

The single-game yardage record was not even on his radar, according to the running back. He had three touchdowns by halftime and the single-game scoring record was suddenly within reach. But while Partida faltered in the quest to tie teammate Payton Bass' school record, he did manage to eclipse Anthony Harding's record of 273 rushing yards, even though he didn't know that he had when he left Spanos Stadium.

It was only nearly 24 hours later, when he saw it on Twitter, that he realized he had put his name in the school record book after all.

In a season-opening 55-7 trouncing of Napa, Partida rushed for 89 yards on nine attempts, giving him a total of 392 yards on 30 attempts this season, good for 13.1 yards every time he runs the ball from scrimmage.

The Pride is off to a 2-0 start and jumped two spots in Front Row Preps' large-school rankings to No. 6.

Pitman travels to Elk Grove on Friday to take on winless Pleasant Grove.‍

FR: You weren't even thinking about the rushing record, were you?‍

JP: "The only record that was on my mind that night was for Payton Bass' record that he broke last year — six touchdowns in one game. And I told Coach Weck (Lance Weckerle) , 'Coach, I'm at four right now. I need two more to tie it. I want it.' I actually didn't find out I had the record until the next night because I worked all day and I don't have service. (Note: Partida works for Sunshine Rafting in Knights Ferry.) So when I got home that night I went on Twitter and found out I had that record, so it was pretty cool."‍

FR: Did you realize, in the moment, you were having a big night?‍

JP: I felt like after the first half I knew I was on to something. I kept rolling and was going. As a team we didn't play our best, but our offensive line and me and our quarterbacks and running backs, we just got stuff done, and our defense on the other hand was just pounding it.‍

JP: I'd like to give a huge shout-out to my linemen out there, for that last Friday. We've got Jaden  Lee-Brinkman, Jeandro Ruezga, Angel Favila and Brandon Garcia and last but not least Joseph Mattos. They made this record happen, they opened up those holes, they were on it and I'm thankful to that front line because they got me here.