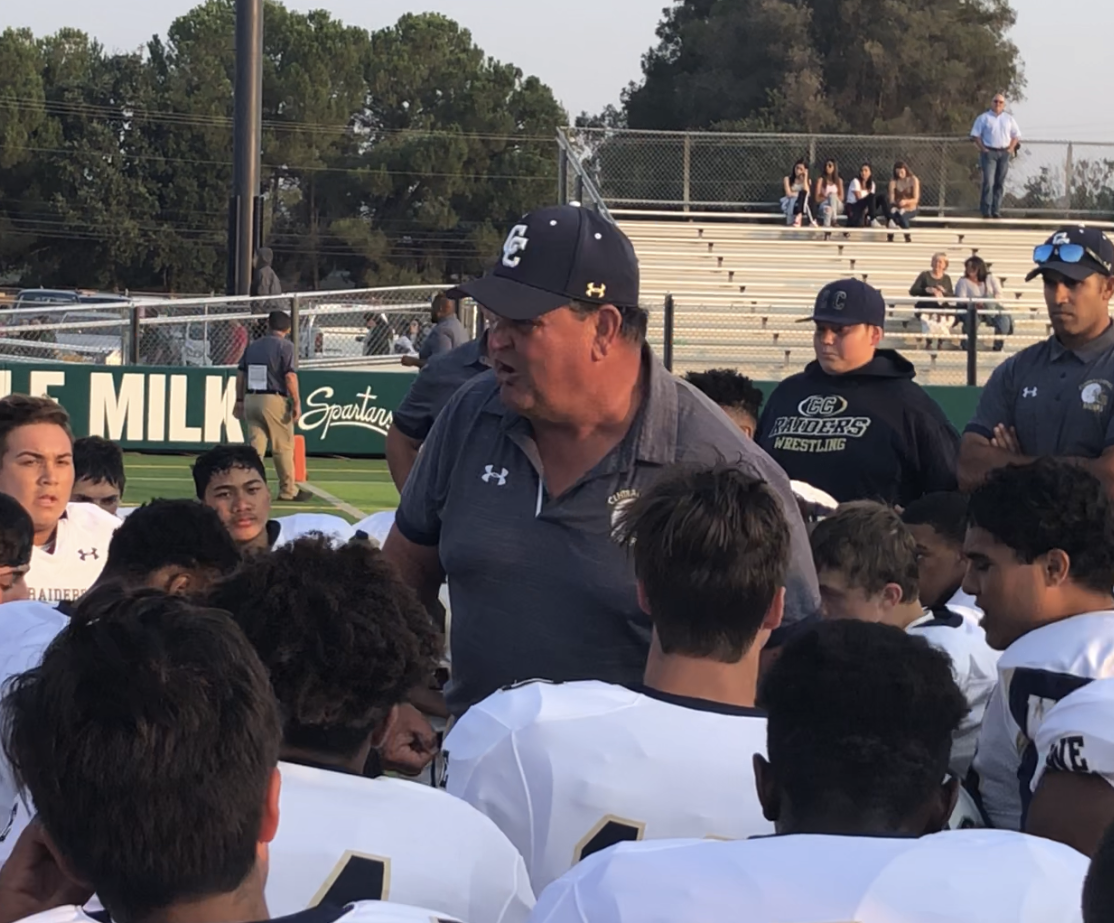 MODESTO — When national powerhouse De Le Salle pays a visit to David Patton Field on Friday night to take on Central Catholic, it will mark the Spartans' first visit to the city of Modesto for a high school football game.

However, it won't be De Le Salle's first trip to California's Great Central Valley or even to Stanislaus County.  The Spartans, who set a national record with 151 consecutive victories between 1992 and 2004, have played Valley teams 25 times before, posting a 23-2 record dating back to 1980 when the Spartans made their first foray into the Valley and earned a 46-13 victory over Ceres.

The lone losses against Valley opponents both came against Clovis West, which beat De La Salle 30-12 in 2004 and 7-0 the following season.

In fact, one of the most notable games in De La Salle history came against a Valley team.

The Spartans opened the 1992 season at home in Concord against Merced High and defeated the Bears 34-14, the first of 151 consecutive victories.

Two seasons prior, the Bears (14-0) had aced out De La Salle (13-0) for Cal-Hi Sports' mythical state championship. The teams agreed to meet for a home-and-home series in 1991.

“It was really had for us to get games back then,” said former Merced High coach Speckman, whose Bears were a combined 28-0 in 1989 and 1990. “We had a hard time lining up opponents, they had a hard time lining up opponents. It was really very frustrating. We went to Bakersfield, the Bay Area, Las Vegas … the national schedule was not yet in vogue, but if it had been, we probably would’ve been playing a national schedule.”

The Spartans would win that first meeting against Merced 35-21 at Stadium '76, then go on to win 11 more games without a loss before falling to Pittsburg 35-27 in the North Coast Section final.

De La Salle would not lose again for 13 years.

“I tell those coaches up there that they’re nothing without me,” quipped Speckman, now the assistant head coach and running backs coach at UC Davis. “There wouldn’t be a streak without Merced.

Some of the best programs in the Sac-Joaquin Section have tried their luck against De La Salle.  St. Mary's (Stockton) is 0-for-6.  Bakersfield, one of the winningest programs in the history of the state, is 0-for-2.  Buchanan (Clovis) is 0-for-4 — though it has played DLS to within a touchdown in two of those contests  — and high-flying Folsom was blanked 14-0 last year in the first meeting between the Northern California heavyweights.

Most of the success that brought De La Salle to national prominence came under legendary coach Bob Ladouceur, who compiled a 399-25-3 (.934 winning percentage) record between 1979-2012 — that’s an average of less than one loss per season during a 34-year career.

And if you thought the Spartans would lose something after Ladouceur's retirement, well, just look at the record.

Justin Alumbaugh, who played at De La Salle and took over for his old mentor prior to the 2013 season, has maintained the standard of excellence.  Now in his seventh season,   Alumbaugh is 75-8 with six consecutive trips to the CIF Open Division state bowl game, winning back-to-back titles in 2014-15.  His Spartans are ranked 20th in the nation by USA Today, and third in the state and No. 1 in Northern California by Cal-Hi Sports.