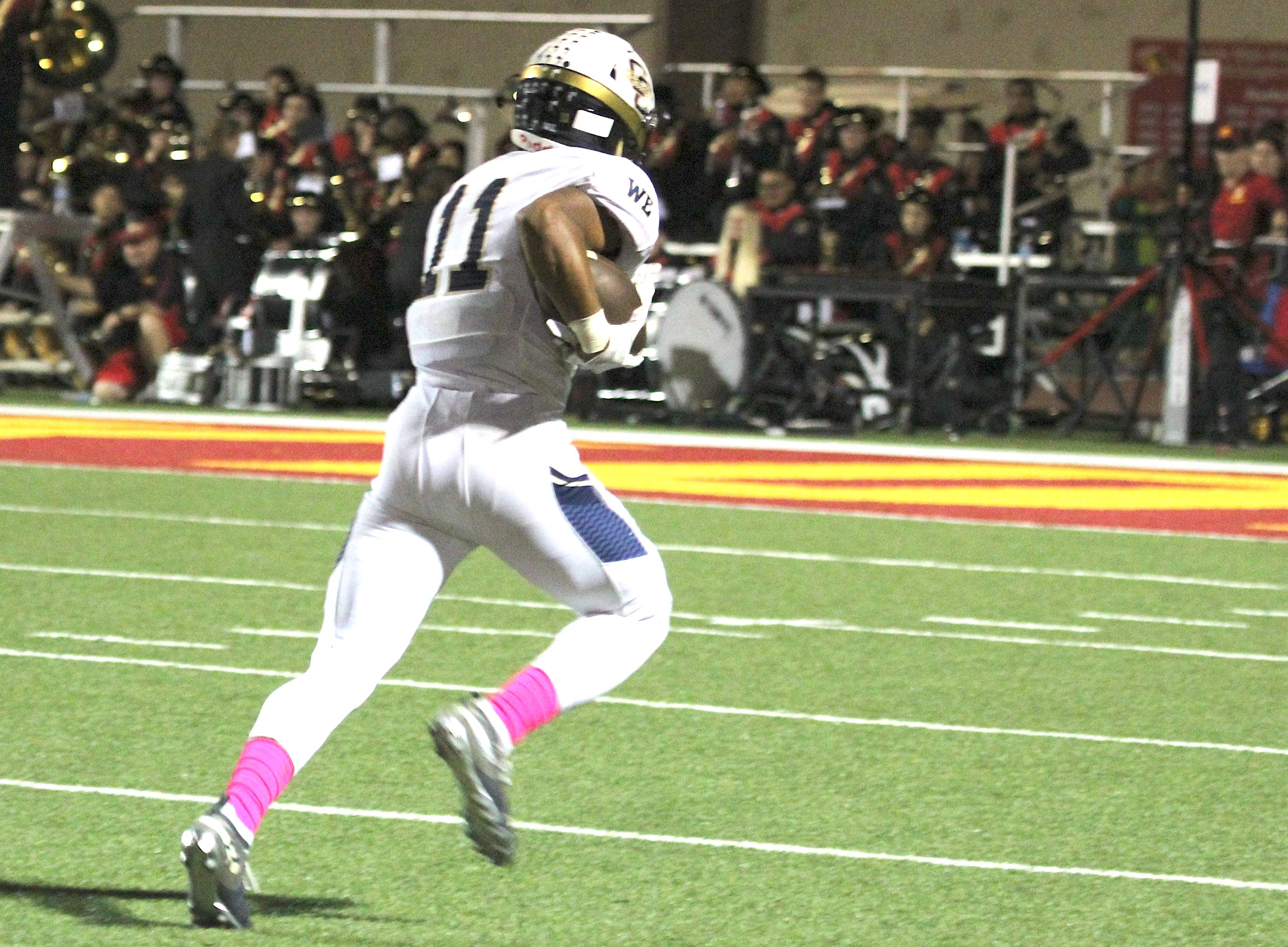 Price is right for Raiders: 'I don't think there is another receiver like him'

As far as elite high school wide receivers go, Central Catholic's Sithri Price may not pass the look test. The junior is generously listed at 5-foot-11, and his statistics don't register at the top of leaderboards.

Yet, coach Roger Canepa dares you to find a more impactful set of hands in the southern half of the Sac-Joaquin Section over the final few weeks of the regular season. Price had two touchdown receptions and an interception in the Raiders' stunning 54-14 victory over Valley Oak League rival Oakdale on. Oct 26.

"He's a guy that can make a play at any time — offense, defense, running, blocking and catching. He's a legit threat," Canepa said. "If you watch him go get the ball, and then when he gets it, I don't think there is another wide receiver in the area like him running. No one tackles him. He's got very good instincts."

With the win, Central Catholic (9-1) wrapped up the outright VOL title and the No. 2 seed in the Sac-Joaquin Section Division II playoffs. The Raiders will host the winner of No. 7 Vacaville-No. 10 Elk Grove next Friday.

Despite all of its success — an eight-game winning streak and the third-most prolific offense in the region — Central Catholic doesn't feature a statistical monster.

There isn't a 1,000-yard running back or receiver on the roster. Four running backs have combined for nearly 2,700 yards and five different players have at least seven receptions. Price says the only number that matters along South Carpenter Road is "1."

The Raiders have been the season-long No. 1 in the FrontRowPreps.com large-school poll, a ranking it maintained even after a Week 1 loss to national power De La Salle.

"Everyone on this team is equal," Price said. "Some teams you'll see wide receivers with 1,000 yards or running backs with 1,000 yards. That just tells me they might have one player on their team. Here, we got rotations, we got players that can run routes and block.

"I don't care about getting 100 yards and having the ball thrown to me. I just want to win. It isn't about me. Everyone will shine at the end of the day."

Nevertheless, his hands — and ability to run after the catch — has shined brightest down the stretch. Price has back-to-back 100-yard receiving games, and finished both catches against the Mustangs in the end zone. He scored on 56- and 75-yard receptions as the Raiders scored seven first-half touchdowns, including five on just eight plays in the second quarter.

For the season, Price leads the Raiders with 443 yards and seven touchdowns on 11 catches. He's also tops on the team with five interceptions. He has developed quick chemistry with junior quarterback Dalton Durossette, whose big arm pairs nicely with Price's top-end speed.

"We knew he was going to be good, but he's been really good," Canepa said of Price, who got his first taste of varsity football as a JV call-up in the 2017 postseason.

Durossette and the Raiders stretched the Mustangs' defense with Price, overcoming the loss of second-year starter Justin Traina who missed the game with a groin injury. Durossette, a Santa Clara baseball commit, completed five of his 10 passes for a season-high 210 yards with three touchdowns.

Price was targeted six times, Canepa said, including once a jump ball. The mighty mite high-pointed the pass near midfield, out-leaping and then outracing the Oakdale secondary for a 75-yard touchdown.

"I'm not going to back down from that challenge," Price said. "When I see a taller corner or safety, I use my agility against them. They can't do the things I can do."