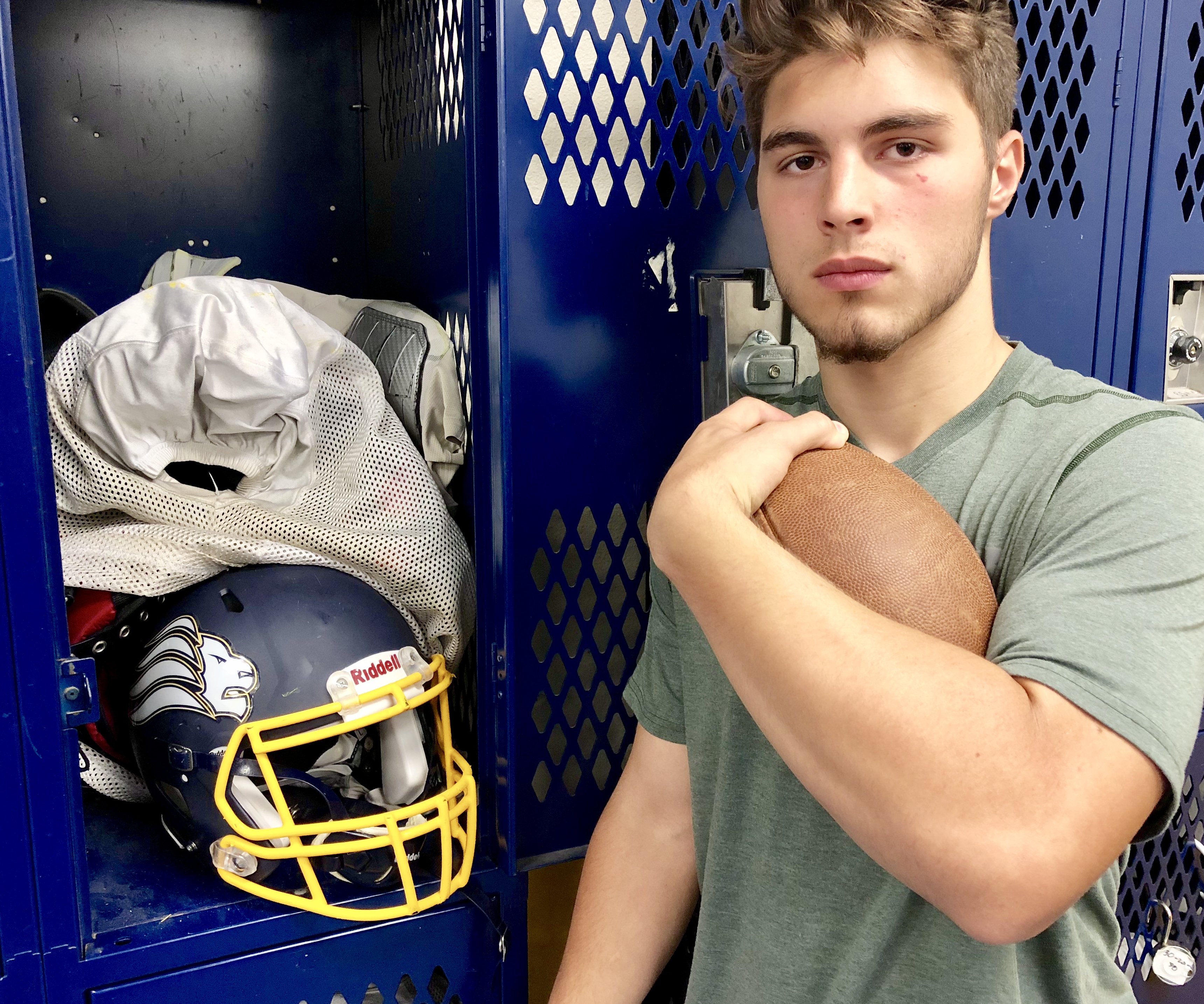 Big Valley Christian linebacker Blade House sat out of the first 30 days of competition after transferring from Turlock Christian, but still found his way onto the all-league first team. He averaged nearly 9 tackles per game. (James Burns)

Private school's plans for next fall center on all-league selections. Who are they?

Brian Berkefeld looks beyond the final record for improvement and strides.

The Big Valley Christian football was 9-2 in each of his first two seasons, but the on-campus head coach, a Southern California transplant with strong ties to CIF State champion Grace Brethren of Simi Valley, can see the cultural shift from one year to the next.

“We had the same record as we did the year before, but this season was totally different in a good way,” said Berkefeld, whose Lions captured the Central California Athletic Alliance title and entered the Sac-Joaquin Section Division VII playoffs as the No. 2 seed. “We had a lot more buy-in this year. We had more guys invested into what we were doing. We had a lot more support. People got on board with what we were doing. You could see that in the product.”

The Lions ripped and roared through the regular season. With an unstoppable force in the backfield and a late arrival at linebacker, Big Valley Christian won nine of its 10 regular-season games, including non-conference clashes with Harker of San Jose, Le Grand and Woodland Christian.

The magical ride came to a close in the semifinal round of the D-VII playoffs with a 24-14 home loss to Golden Sierra.

“The ending was disappointing,” Berkefeld said, “but it’s always disappointing unless you do what Denair and Hilmar did (which was win a CIF State championship). It will give us motivation for next year.”

Big Valley Christian will have the weapons to defend its CCAA crown and make another run at the program’s first-ever section title. Running back Javyn Drobnick will take another swing at the region’s all-time single-season rushing mark. Drobnick topped the area in rushing with 2,211 yards and 26 touchdowns. For most of the season, Drobnick, a bowling ball out of the backfield, led the section in rushing.

Former Oakdale star Will Semone holds the single-season mark with 2,851 yards — a total Drobnick keeps pinnned on the wall of Berkefeld’s classroom.

Linebacker Blade House (62 tackles, 12 for a loss in seven games) also returns. House sat out the first 30 days of competition after transferring from Turlock Christian. He was an instant hit on both sides of the ball, starring as a linebacker and fullback.

Captain Caleb Von donselaar also looks to bounce back after an injury-marred season. Von donselaar, another linebacker/fullback-type, battled a high ankle sprain and will have shoulder surgery this offseason.

“A lot of our top players are back,” Berkefeld said with enthusiasm in his voice. “We’re losing a few offensive linemen. We’re losing a senior quarterback. We’re losing a leader in Josh Grabowski, who was one of the best leaders I’ve ever had in a program

“But I think we have the potential to be even better next year. We can challenge for a league title again and make another push for a CIF title.”

Drobnick and House were among the CCAA’s all-conference selections. Here’s a look at the conference’s major award winners and all-league teams: