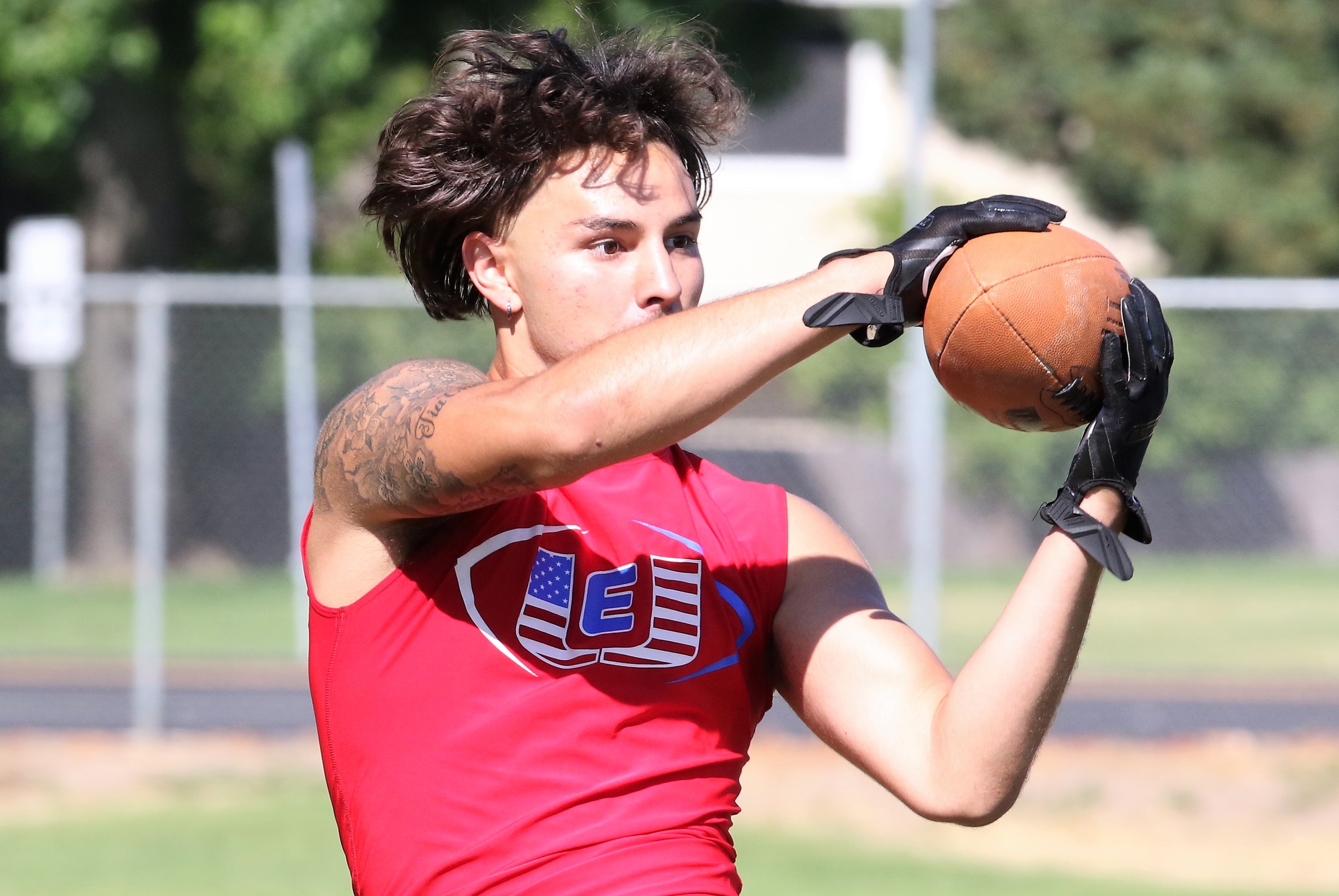 Quarterback will remain a position of strength for the East Union High football team even as the Lancers transition to a junior with no varsity experience.

Eric Morales will start under center for East Union, which kicks off the 2018 season against one of Modesto’s finest — Downey on Aug. 17 at Chuck Hughes Stadium. Morales takes over for senior JoJo Espinosa, whose athleticism will be used all over the field.

Espinosa guided the Lancers to a fourth-place finish in the ultra-competitive Valley Oak League and a Sac-Joaquin Section playoff appearance in 2017, but welcomed a position change.

“I finally get to play the positions I’ve always wanted to play,” said Espinosa, who will play wide receiver, wing- and tailback, safety and possibly a little quarterback, too.

“Quarterback was fun. I loved (being the) quarterback. Being able to help out the team … being an athlete … being able to use me in different ways, I feel like that will help the team more.

“Last year, I had a good run as quarterback. Now I get to use my legs more and be more a threat that way.”

The quarterback exchange gives East Union coach Willie Herrera a luxury he’s never had. This year’s roster is far and away his most talented and athletic, and Espinosa’s move to a jack-of-all-trade skill player makes the Lancers’ offense even more potent.

For starters, it gives Morales a chance to showcase his big arm.

“It makes us a better team,” offensive coordinator Jason Stock said. “We have a ton of faith in Eric. He is the better passer and he throws a very good deep ball; he knows just where to put the ball. He probably has one of the best deep ball throwers I’ve been around.”

The transition began early in the summer.

Morales ran the offense during a 7-on-7 scrimmage at Downey, and right away the coaching staff took notice of his chemistry with junior receivers Nicco Cedolini and Lorenzo Contreras, a pair of 6-foot receivers. Stock said Contreras commanded double teams throughout the summer, hinting at a breakout fall season. He has “all-league potential,” he said.

“Eric got in (versus Downey) and had a good showing. The kids really rallied around him,” Stock added. “He’s a good kid and a great team player. It’s his team now.”

The Lancer coaching staff made the move with confidence, knowing that Morales — also a heralded sprinter during the track and field season — was insulated by talent. Along with Cedolini and Contreras, Morales can hand the ball off to Raylen Carter, a home run threat who averaged more than 13 yards per touch; rising Division-I recruit Marquise Higgins, a 6-foot-3 target with interest from Oregon State and Eastern Washington; and the VOL’s Utility Player of the Year Levi Huffman, who rushed for 560 yards and six TDs.

Espinosa adds to that stable of playmakers.

Espinosa provided glimpses of his versatility and playmaking ability last fall. He threw for 875 yards and seven touchdowns, and rushed for 357 yards and eight more scores. Espinosa averaged 4.2 yards per carry and was an honorable mention at the all-VOL meeting.

After back-to-back postseason appearances and 13 wins over two seasons, Espinosa believes the Lancers have the talent to break up the VOL’s Big Three (Central Catholic, Oakdale and Manteca).

“Being able to come here and shift the culture, change it to a winning culture, it’s exciting to see,” Espinosa said. “All these little kids looking up to us like they want to come to East Union.”