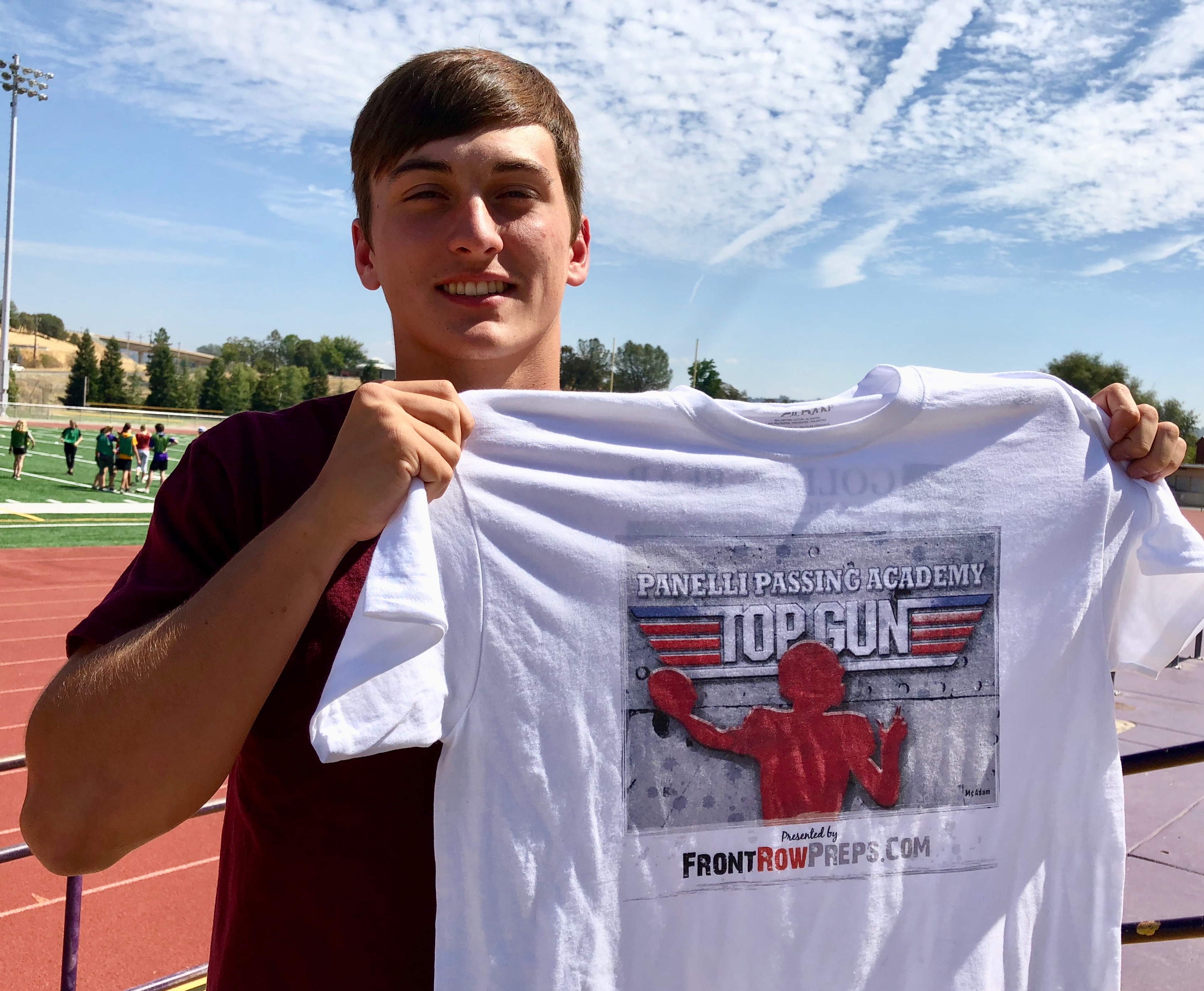 Ryan Kraft and the Bret Harte Bullfrogs secured their first victory of the season with a 41-0 drubbing of Delta Charter last week. (James Burns)

How many plays do you need to score 41 points? 20. 'Anything we called worked.'

Now in his third season at the helm of the Bret Harte offense, quarterback Ryan Kraft feels at ease in the Bullfrogs' hybrid triple-option.

Bret Harte blew through Delta Charter like a fast-forming, faster-moving tornado. The Bullfrogs ran just 20 plays and never faced a third down in a 41-0 victory, their first of the 2018 season.

"It was a fun game," Kraft said. "Usually, we get 60 plays in a game. It seemed like anything we called somehow worked."

Kraft was 6 for 6 for 201 yards and three touchdowns. He had a fourth passing touchdown called back because of penalty. For his efforts — and his efficiency — Kraft, one of FrontRowPreps.com's top-50 returning players, is the Panelli Passing Academy small-school Top Gun award winner.

"I feel like I'm in complete control," said Kraft, an all-Mother Lode League performer last fall. "I feel more relaxed this year than in any of the years past. ... I feel like a guy who can be looked up to, and a guy who can call the offense."

The offense blends triple-option run principles with a heavy emphasis on the pass. Kraft said the Bullfrogs want to throw the ball 25 times a game, which thrills the third-year signal-caller.

"When I was a freshman, there was this new head coach (coach Casey Kester) who introduced this triple-option, barely-pass-in-a-game-ever offense," Kraft said. "I like running the ball, but I like throwing the ball a lot more."

Though Bret Harte is just 1-2, Kraft says the locker room brims with confidence going into Septemeber. The Bullfrogs battle El Dorado (0-3) on Friday before turning their sights to former Mother Lode League foe Linden (1-2), and then four-time defending MLL champion Sonora (0-3) in their league opener. El Dorado, Linden and Sonora are a combined 1-8.