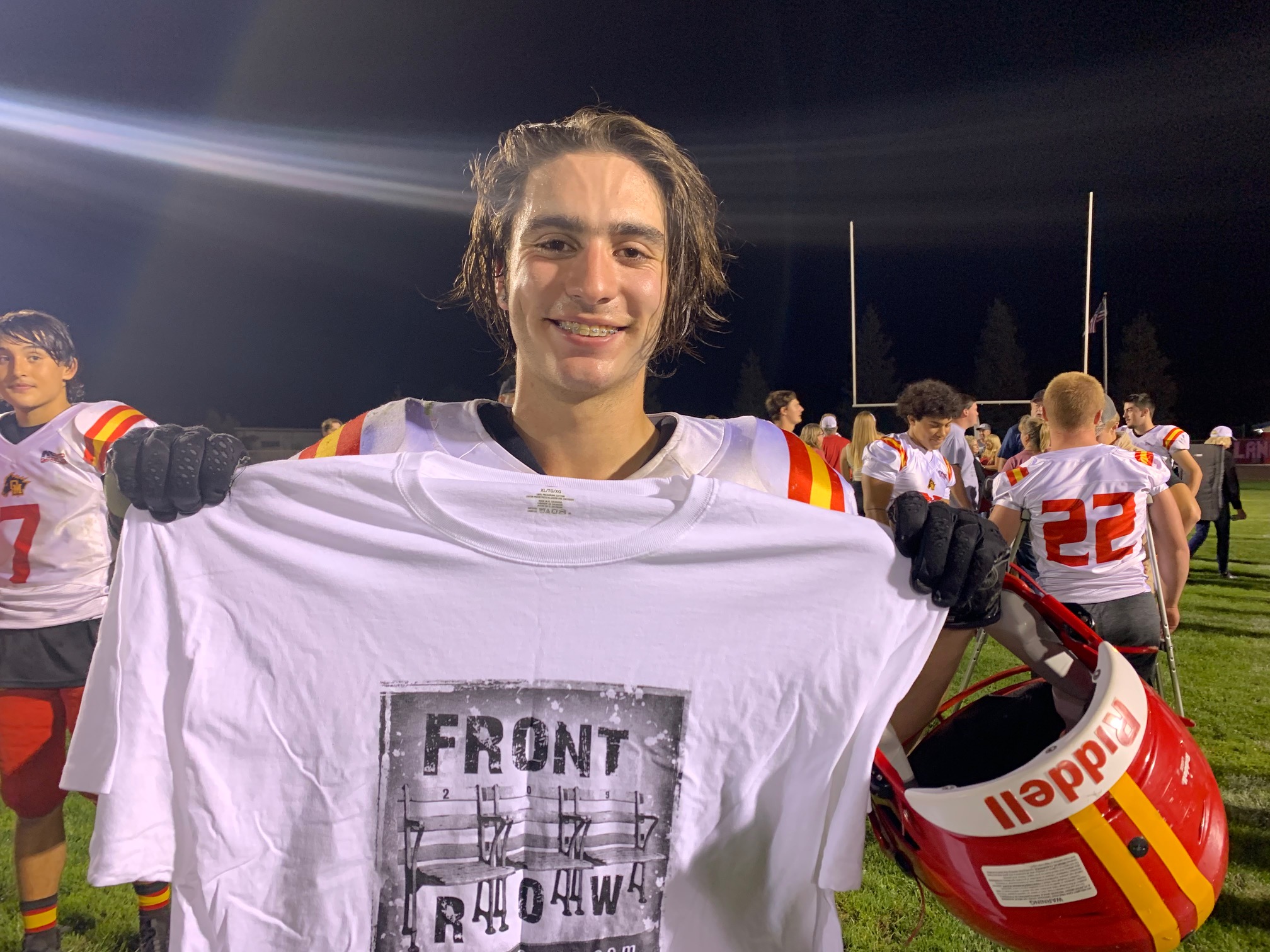 Not much has changed with Oakdale over the years. Trent Merzon, in his 23rd season as head coach, again has a team geared for an exciting finish. The Mustangs, locked in a closer-than-expected game Friday night at East Union’s Dino Cunial Field, broke loose from a 21-21 tie with two touchdowns in the final nine minutes to win 35-21.

“No one thinks we’re any good,” Merzon said.

Well, not really. The Mustangs (6-1, 2-0) have won five straight and are ranked third in frontrowpreps.com’s rankings of large schools. They clearly have improved since their season-opening escape in overtime against Sonora and loss the following week against Aptos.

“We had to grind one out tonight,” Merzon said. “I’m so proud of our kids in finding a way to win.”

East Union (3-4, 0-2) did not submit easily. The Lancers, aroused underdogs all night, parlayed a fumble recovery into a touchdown march.

Anthony "Ace" Avelar, a 5-foot-3 132-pound package of tenacity, leaped high to pull down a 9-yard scoring pass from A.J. Vasquez. Moments later, Dylan Lee scrummed into the end zone for the deuce that tied it 21-21 with 10:29 left.

Oakdale answered with senior running back Jace Rau, a game-long standout. He raced down the left side 36 yards into the end zone to put the Mustangs ahead to stay at the 7:55 mark. That was his third touchdown en route to 140 yards on only nine attempts.

In fact, Rau defined the game quickly with touchdowns during the game’s first seven minutes –-a 35-yard dash, then a 56-yard rip on 4th-and-4.

“The blocking was great. All I had to do is make a few cuts,” Rau said. “It was a good tough fight, a lot to learn from.”

The game was competitive because East Union trotted out the 6-2 215-pound Lee, one of the area’s best two-way stars. Lee, a three-sport senior, seemed to be everywhere at once: Outleaping defenders to catch passes downfield, throwing passes downfield for completions, and tackling running backs as a linebacker.

“Sometimes you throw out the plays and think “players,”” East Union coach Mike Kuhnlenz said. “That worked tonight. Dylan is such a versatile athlete.”

Lee’s catch in traffic in the end zone, good for an 8-yard touchdown from Vasquez early in the second quarter, signaled a scrappy fight ahead.

“He (Lee) is unbelievable,” Merzon praised.

Oakdale gained some separation late in the first half after East Union gambled from its own 32. The Mustangs turned the field position into points when Mickey Merzon – Trent’s son -- found tight end Mason Ahm racing down the seam alone for a 41-yard touchdown with 18 seconds left. Oakdale walked into the locker room leading 21-7.

Later, while nursing a 28-21 lead, Mickey Merzon punted East Union back to its own 7. Minutes later, Tommy Chance intercepted an overthrown pass and took it 25 yards to the pylon for the clinching TD with 2:24 left.

“I didn’t want to make a call that could cost us the game,” Merzon said. “We thought, ‘Let’s make them beat us.'”

The Lancers couldn’t, and Oakdale remains in the middle of the VOL fight – nothing new here – going into next week’s trip to Central Catholic.