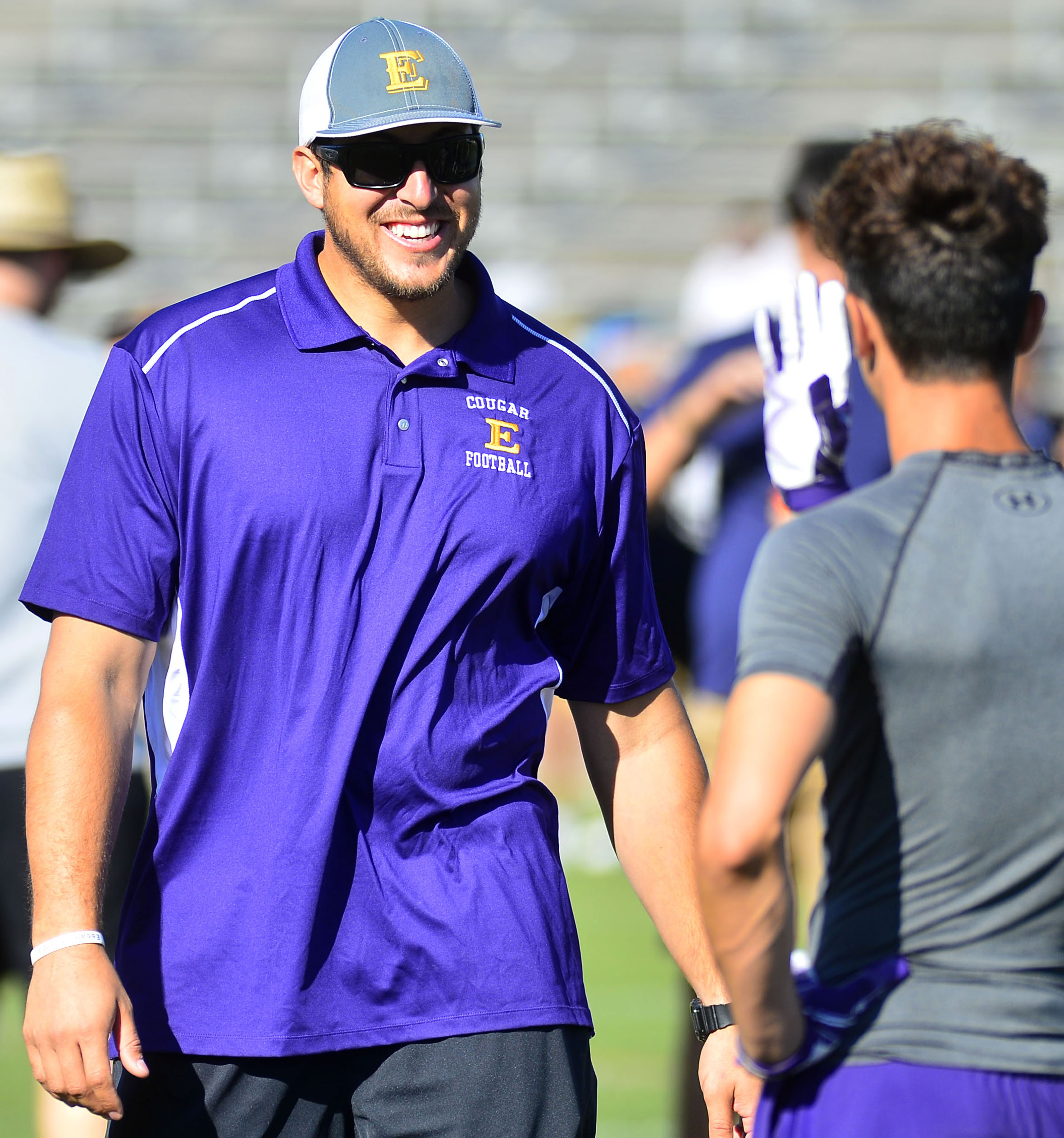 As a senior quarterback for the 2005 Escalon High football team, he guided the Cougars the seventh blue banner in school history. And that's good, because as the coach who takes over for Mark Loureiro, only the winningest football coach in the history of the Sac-Joaquin Section, Beam will be expected to produce champions.

Most would be daunted by the task, but Beam relishes the opportunity to replace a legend

"Yeah, I do," said Beam, the head coach of the Cougars' junior varsity program the past three years. "You walk into our locker room and you see Coach Loureiro's eight section championships. It's a daily reminder of what this program is, and it's the players' and coaches' responsibility to uphold it."

Loureiro's Cougars snuck into the playoffs last year at 5-5, after missing the postseason dance the previous two seasons. And it would appear that 2018 will be a rebuilding year with Beam estimating there will be eight or nine underclassmen starting on both sides of the ball

"That's a little skewed," said Beam, who played at San Joaquin Delta College before moving on to Division I Bowling Green, then transferring to the University of Findlay. "We've got three sophomores that started last year and already have that varsity experience. Still, I think we can compete."

But in Escalon, teams don't just compete, they win.

Over his 29 seasons as head coach, Loureiro won a section-record 281 games -- just about 10 a year. And the eight banners and 14 trips to the section championship game rank third on the section's all-time list.Again, fine by Beam.

"Were going to guys to a higher standard regardless of experience," said Beam. "Our offensive and defensive lines are our strength. We're not as fast as Ripon and Modesto Christian, but we'll be as big as them."

"We're still the only team that runs the ball and gets under center," said Beam. "If teams don't see it in practice, it doesn't make sense to abandon it."

But, Beam plans to color outside the lines of the Wing-T offense, as well.

"Way outside the lines," he said.

The Crayolas in Beam's box include Colton Pineiro, whom he called the player on JV last season, who is coming off a broken ankle, and Kaden Christiansen, a running back/cornerback who hurt his knee on the first day of summer practice then got healthy only to break his hand. Two-way junior linemen Jacob Waldon and Damien Tom also will contribute heavily.