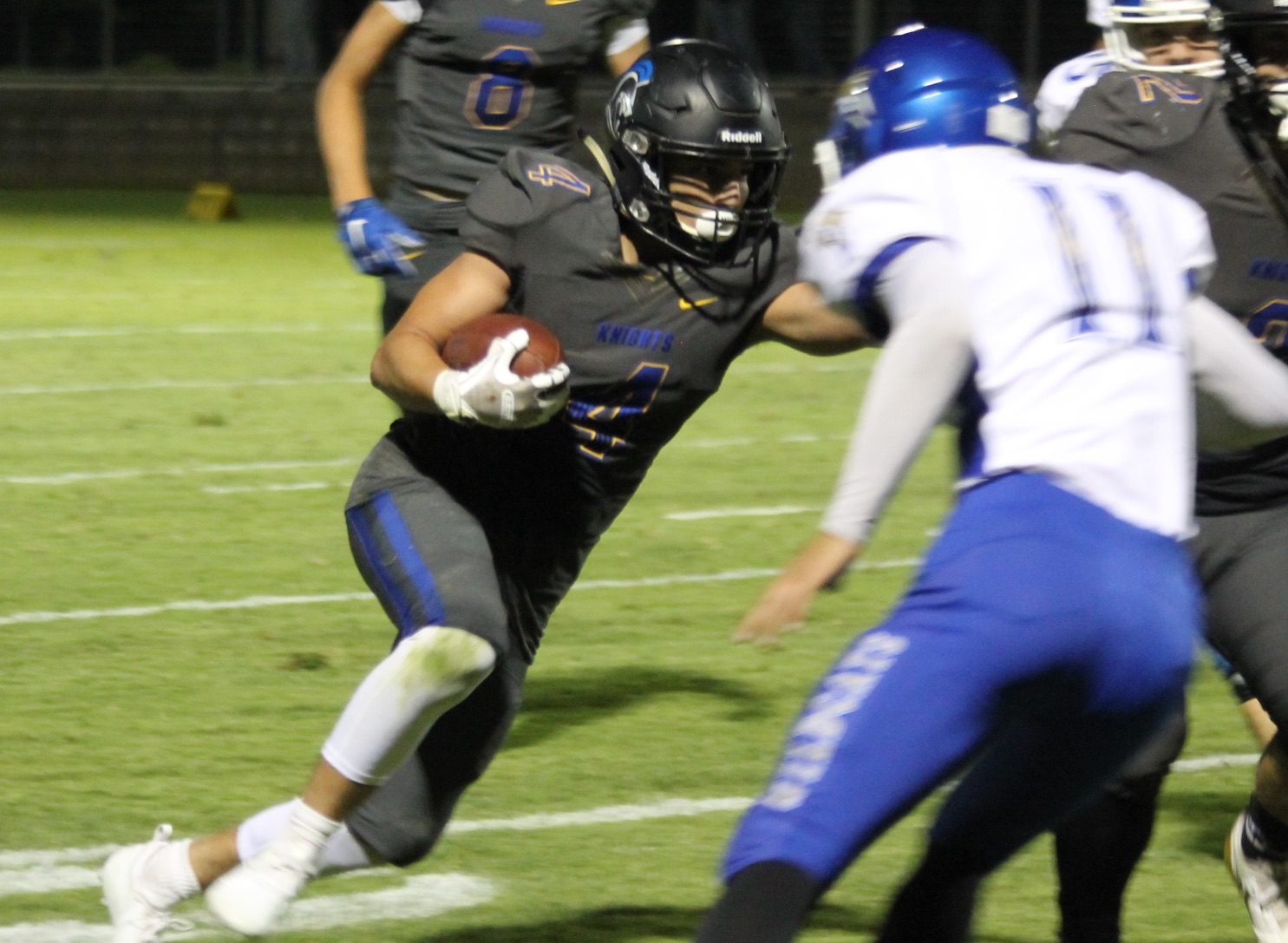 Ripon Christian running back Michael Kamps had 117 yards from scrimmage and three touchdowns in the Knights' 42-6 victory over Waterford on Sept. 14, 2018. (Joey Santos)

Both teams came into the game 3-0, anticipating a challenge. There were several keys to the game that shifted the momentum and gave Ripon Christian the advantage. Although they failed to secure the opening kickoff, they forced a fumble on the 1-yard line and took it 99 yards for a touchdown on their first drive.

Throughout the game, Waterford quarterback Michael Vivo was pressured and flushed out of the pocket and forced to make things happen on the fly. This led to costly turnovers, like the interception with 1:05 left in the first half that was turned into a touchdown in two plays.

The Knights had a stellar game defensively, totaling five sacks, a blocked PAT, three forced fumbles, picked off three passes, and blocked a punt. Their defense fueled their offense, getting them the ball with great field position. The Wildcats totaled about 150 yards of offense.

Aside from the spectacular defensive effort, the Knights were electric offensively, having eight plays of more than 15 yards. Michael Kamps was a standout player on both sides of the ball, totaling 117 yards from scrimmage, three touchdowns, a 2-point conversion reception, and a sack.

Quarterback Cade Alger had two passing touchdowns and one rushing score, but it was very much a ground-and-pound game.

This article was written by Joey Santos, a Manteca High senior and volunteer reporter with FrontRowPreps.com.