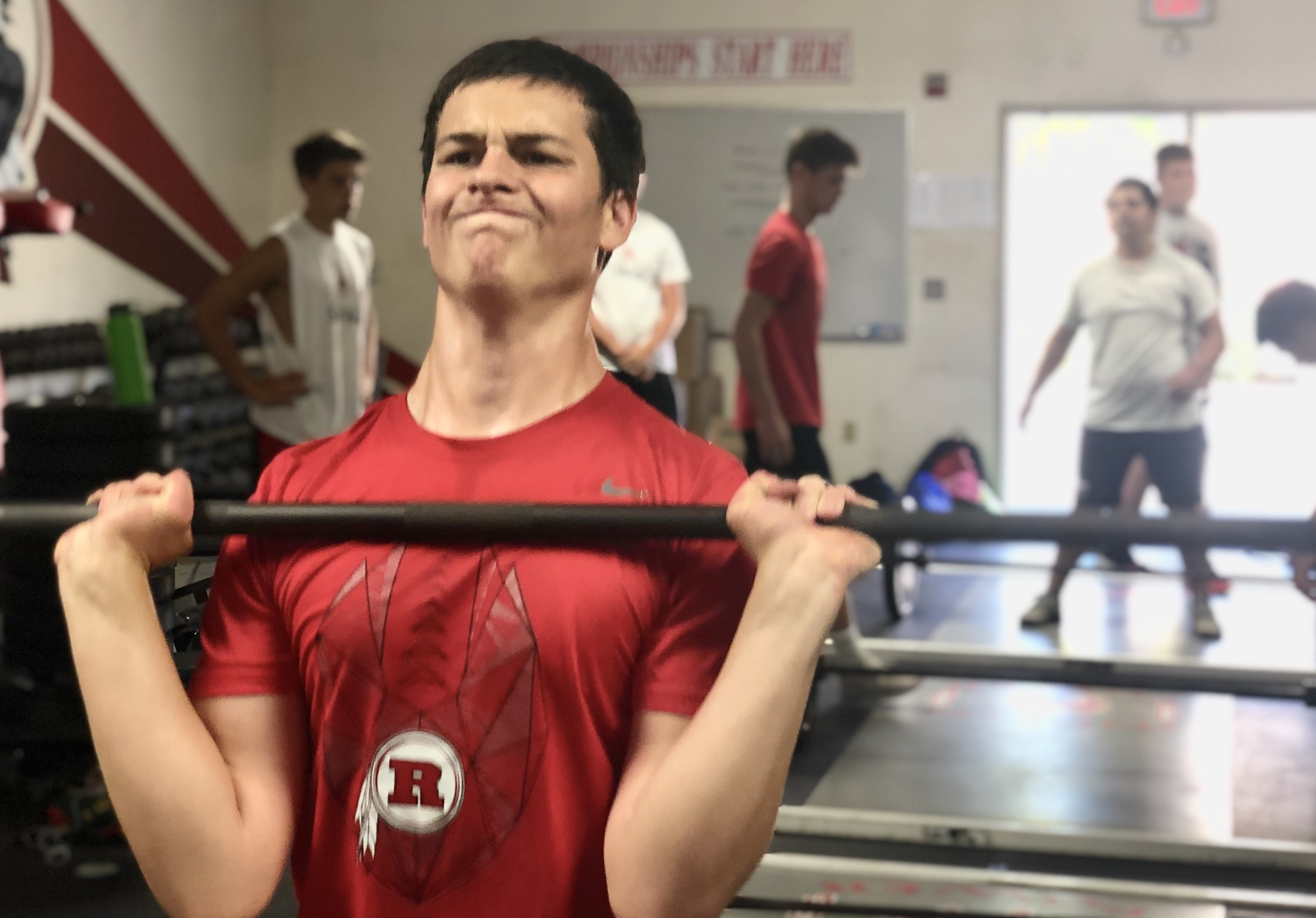 RIPON — The challenge ahead of Nico Ilardi is intimidating, to be sure, but the Ripon High quarterback welcomes the fight.

The former FrontRowPreps.com All-Region defensive back slides under center, inheriting a position vacated by graduated star Ryan Daggett, one of the most decorated players in program history.

A three-year varsity starter, Daggett guided the Indians to back-to-back Trans-Valley League titles in 2017 and 2018, and earned the league’s Outstanding Offensive Player award as a senior.

As the buzz builds around Ilardi, the gifted three-sport athlete (football, basketball, golf) stares down opportunity with a sense of calm. His confidence is bolstered by the Indians’ depth and pedigree, a supporting cast labeled "special" by its coach.

“It’s a really good group,” coach Chris Musseman said, “but one class won’t make it or break it. The two classes have to come together and work together. They’ve done pretty well. It’s still early and they have to gel a little more, but the opportunity to do well is there.”

The Indians have won 24 games in Musseman’s first three seasons, finishing the last two tied atop the league table. Last fall, Ripon won 10 games for the first time in five years and was the No. 2 seed in the Sac-Joaquin Section Division V tournament.

“(The culture) has definitely changed in the last couple of years. Our kids expect to compete and they expect to win,” Musseman said. “They’re looking past league right now. They want to get deeper in the playoffs and play for a section title. That’s why they’re working hard right now.”

All that haunts the Indians is a prolonged section championship drought. Ripon last hung a blue banner 23 years ago. In the context of the TVL, the two-time defending champion is playing catch-up with its rivals. Hilmar has won back-to-back section championships, including the 2018 CIF State Division VI-AA crown, despite finishing behind Ripon the last two years.

“It makes our team hungry," Wiebe said. "We want that sort of success. We’ve been striving for it for a long time.”

In Ilardi they trust.

The 6-foot-1, 165-pound senior led the Indians with five TD receptions. He also had two interceptions, refining his perspective as he returns to quarterback. Ilardi was raised a QB at the Pop Warner and lower levels, but moved to a skill position because “that was best for the team,” he said.

This fall, he returns to his comfort zone.

Ilardi is a different kind of QB, one who will push the Indians down the field through the air. Where Daggett would save plays with his feet, Musseman expects Ilardi to burn defenses with his arm and acumen.

“We’re going to be different,” Musseman said. “Ryan was a magician with his feet.  Nico is a different kind of quarterback. He’s going to have to rely on his brain and his arm a lot more and not so much his feet because we’ll need him on both sides of the ball.”

Ilardi isn’t concerned with the stylistic differences between him and Daggett. He’s focused only on the end result. Will his one season under center finish with a blue banner or familiar heartache?

“Now that we’ve won back-to-back TVL championships, our goals are higher,” Ilardi said. “… We’re expecting another TVL championship and a deep run in the playoffs. I hope to lead them to that.”