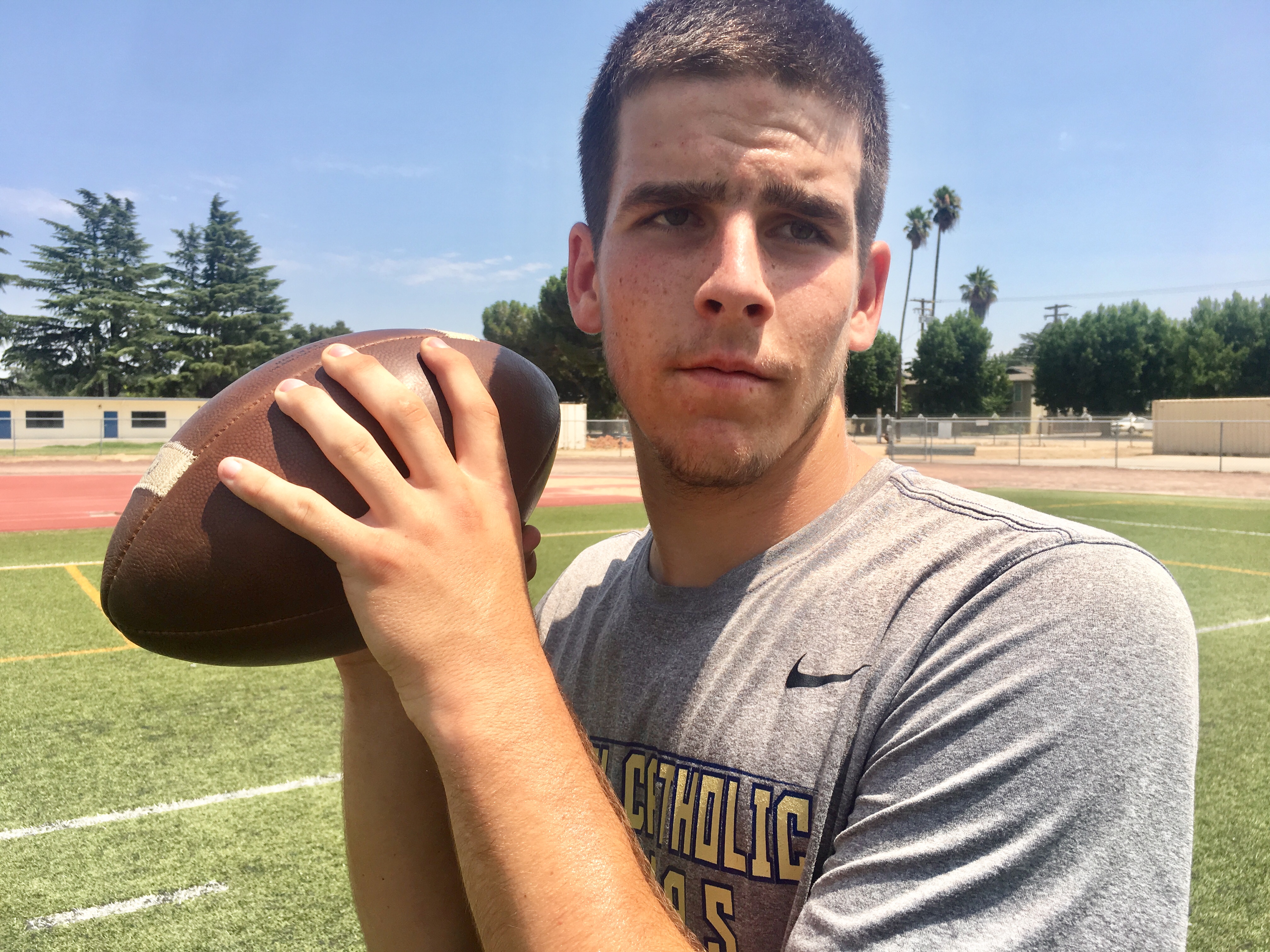 Durossette commits to play baseball for coach who has groomed two No. 1 picks

"I would like to take this time to thank my family for being so supportive of me throughout this journey I've had," he wrote in a letter published on Twitter. "... And lastly thank you to coach Filter and his coaching staff for giving me the opportunity to play at the next level. With this being said, I am very blessed and humble to announce I am 100 percent committed to Santa Clara University to continue my athletic and academic career."

Before taking the reins at Santa Clara, Filter was one of the country’s top pitching coaches at San Diego State and then Stanford. He groomed two No. 1 draft picks in Stephen Strasburg (Washington Nationals) and Mark Appel (Houston Astros), along with 19 other Major League Baseball draft picks during his time on The Farm.

NorCal Valley director and Central Catholic baseball coach Danny Ayala believes Durossette has that same potential under Filter. The 6-foot-3, 215-pound junior is a highly-touted right-handed prospect who is being pursued by colleges across the map. Among those interested are: Cal Poly, Saint Mary’s, Purdue and Arizona.

"He's going to have an opportunity to play baseball after Santa Clara," Ayala said.

Ayala has been working with Durossette since he was 13, and he believes Durossette, a Ceres High transfer with varsity letters in baseball, basketball and football, chose Santa Clara because of the culture Filter and his staff are creating.

“Dalton got on board and loved what he saw,” he said. “I think (Filter) rolled out the red carpet for Dalton and gave him an opportunity too good to pass up. ... I couldn't be happier with the way he’s matured and progressed. He’s done three sports but continued to stay on his path. He’s been relentless in where he wants to go.”

In August, Durossette attended the Area Code Baseball Underclass Games in Compton, representing the Oakland A’s organization along with Turlock’s Tyler Soderstrom and Cole Carrigg, and Atwater’s Jacob Weiss. The top 150 players from across the country in the Class of 2020 and 2021 were invited.

Ayala said Durossette’s recruitment intensified after the Area Code games, where he retired all six batters he faced.

“You’re talking about a kid the played basketball during the month of June and football for Central and all the rigors of their schedule,” Ayala said. “To have all eyes on him and to do what he did at the Area Code games was huge for his potential. He became a kid colleges had to have.”

Durossette, who transferred from Ceres High in the spring, is also the starting quarterback at Central Catholic, the No. 1-ranked team in the FrontRowPreps.com region. He has completed 65 percent of his passes for 795 yards and 12 touchdowns.