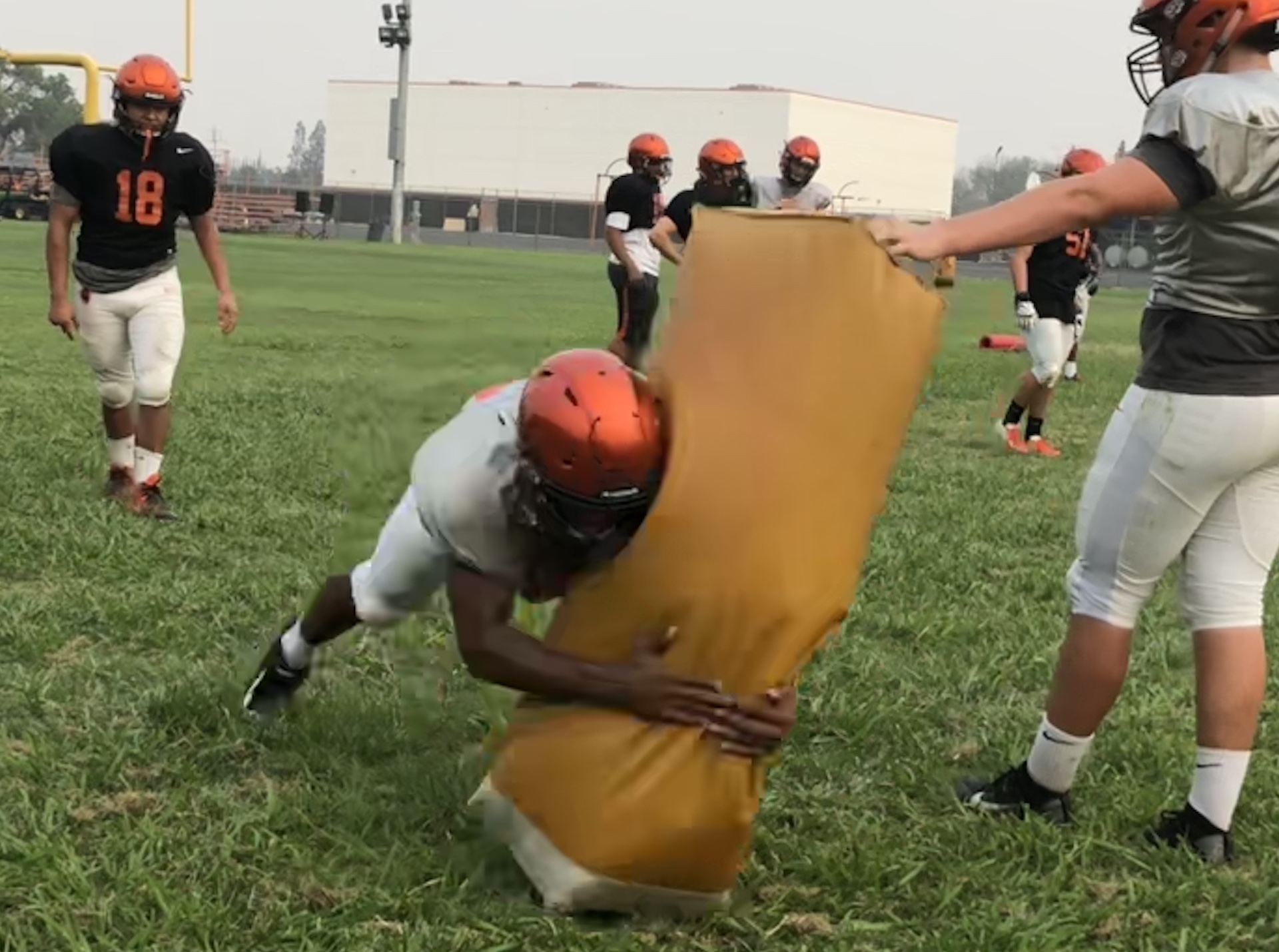 Unidentified Merced High football players go through workout on practice field. The Bears open up against Del Campo in Fair Oaks on Aug. 17.

With the retirement of Escalon's Mark Loureiro, Merced High head coach Rob Scheidt finds himself as the most tenured head coach in the Front Row region.

Beginning his 23rd season, Scheidt has learned the tough lessons that can only be taught by time.

"Well, first of all, I'm not Mark Loureiro, that's one thing," said Scheidt about comparisons to the Sac-Joaquin Section's all-time winningest coach. "But if you expect things to stay the same, they're not. Change is going to happen."

And change is happening in a big way at Merced High.

The Bears, long a Division I powerhouse, are now a Division III program, and for the first time, Scheidt sees thinning numbers at Merced. The Bears were 4-6 last season and missed the playoffs, one year after going 9-4 and reaching the D-III semifinals, where they lost to eventual state champion Oakdale.

"As much as I love Merced, it's not the school that it was 20 years ago, right?" said Scheidt, who is 152-89 (.631) in his tenure as the Bears' head coach. "It's a different deal. That doesn't mean that the game's different. No, the game still speaks to the character that we want to teach kids, but it's just different and you have to be able to move and adjust to those changes."

Merced remains in the Central California Conference, once a Division-I rated league by the section. Now, with Turlock and Pitman having been moved to the new Central California Athletic League and Patterson and Central Valley invited in to take their place, the CCC is classified as a D-III conference.

Either way, Scheidt will have the Bears ready when the whistle blows on Aug. 17 for their opener in Fair Oaks against Del Campo, which went 12-1 last season and reached the D-III quarterfinals, losing to eventual champion Granite Bay 9-7.

One thing that hasn't changed at Merced is at the quarterback position, where Dhameer Warren will be under center for a third consecutive season. Pressed into duty when Jacob Foss went down in 2016, Warren was the outright starter in 2017 and will be again this year.

"We had a lot of young bodies last year so we weren't really experienced enough," said Warren, who completed 54 percent of his passes for 1,505 yards and 14 touchdown passes, with 15 interceptions. He also rushed for 527 yards and seven TDs. "I expect good things this year."

Warren's prime target this year figures to be Xavier Stewart. Of Warren's 106 completions last season, Stewart hauled in 43 of them (40 percent) for 586 yards and nine scores. The Bears will have four receivers taller than 6-feet this season and they'll fill the running back position by committee, all three of whom are underclassmen.

Cliff Johnson, a 6-3, 290-pound offensive/defensive lineman, also figures to be a key contributor this season.

"We had a disappointing 2017, and in 2018 we've got a lot of returning guys so we're hoping they can make a push," said Scheidt, who has lost to traditional rivals Atwater and Golden Valley only once each since 2004. "The expectation for us is pretty simple ... we want to win our conference, we want to beat all of our rivals, which, that's numerous now. Now we have El Capitan, Golden Valley, Atwater and Buhach Colony. Our kids now every kid over there, so those are really significant changes you have to address. Now we have to new schools -- Central Valley and Patterson -- coming in, so that offers new challenges."