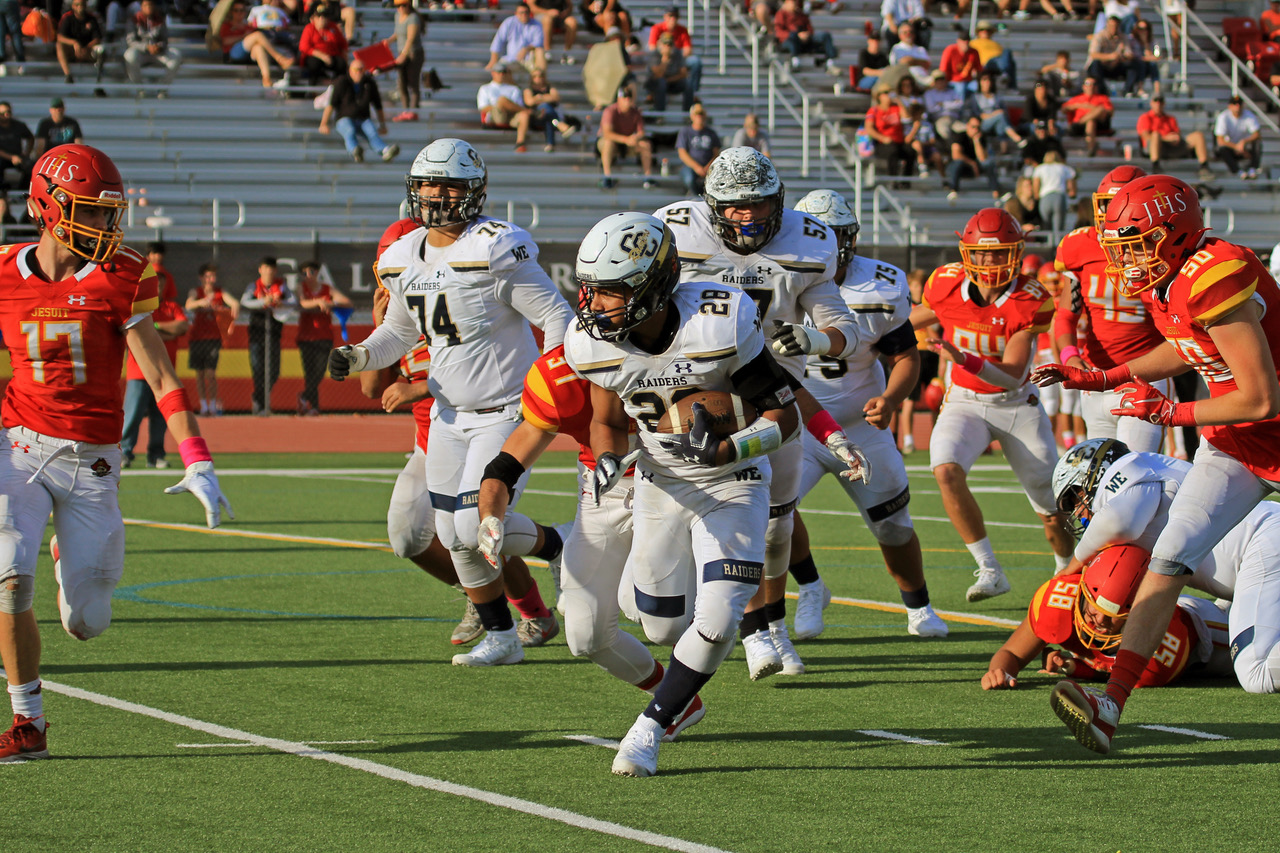 CARMICHAEL — It will perhaps go down as the worst eight minutes of football in the history of Central Catholic football, a span that took up two-thirds of the opening stanza in which the Raiders probably were lucky to be trailing by only three scores. And though they eventually fought back and tied the game, they’d expended too much energy and spent too much emotional capital to finish the job, falling 49-21 to Jesuit in a Sac-Joaquin Section Division II quarterfinal matchup.

Central Catholic finishes the season at 6-6, the most losses ever by a Roger Canepa-coached Raiders squad.

Jesuit returned the game’s opening kickoff to the 32-yard line and then quarterback Daniel Susac tossed a 68-yard scoring strike on the first play from scrimmage.

The Raiders went three-and-out on its first possession, but a 61-yard punt by Dalton Durossette pinned the Marauders inside the 5. But a 38-yard completion was followed by a 44-yard run — that’s 150 yards on three plays for the mathematically challenged — and Jesuit punched it in two plays later to make it 14-0 with less than 4 minutes elapsed.

On its second possession, a wide-open Central Catholic receiver dropped a pass that would’ve been a certain touchdown, forcing another punt.

The Marauders faced fourth-and-3 from CC’s 18, but instead of opting for a 35-yard field goal, they chose to go for it, and picked up 17 yards to set up a 1-yard TD plunge on the next play and make it 21-0 with 4:04 to play in the opening quarter.

It appeared to be a first-round knockout. But, somehow, the Raiders got off the mat.

Central cut into the lead when Durossette hit Sithiri Price for a 39-yard touchdown strike. Later, Price ran it in from 9 yards out to make it 21-14.

The Raiders, who received the kickoff to start the second half, marched 80 yards and tied the score with 9:10 to play in the third quarter.

But that was it. The Marauders reeled off 28 unanswered points and Central Catholic didn’t have enough left in the tank to stem the tide and reel them in a second time.