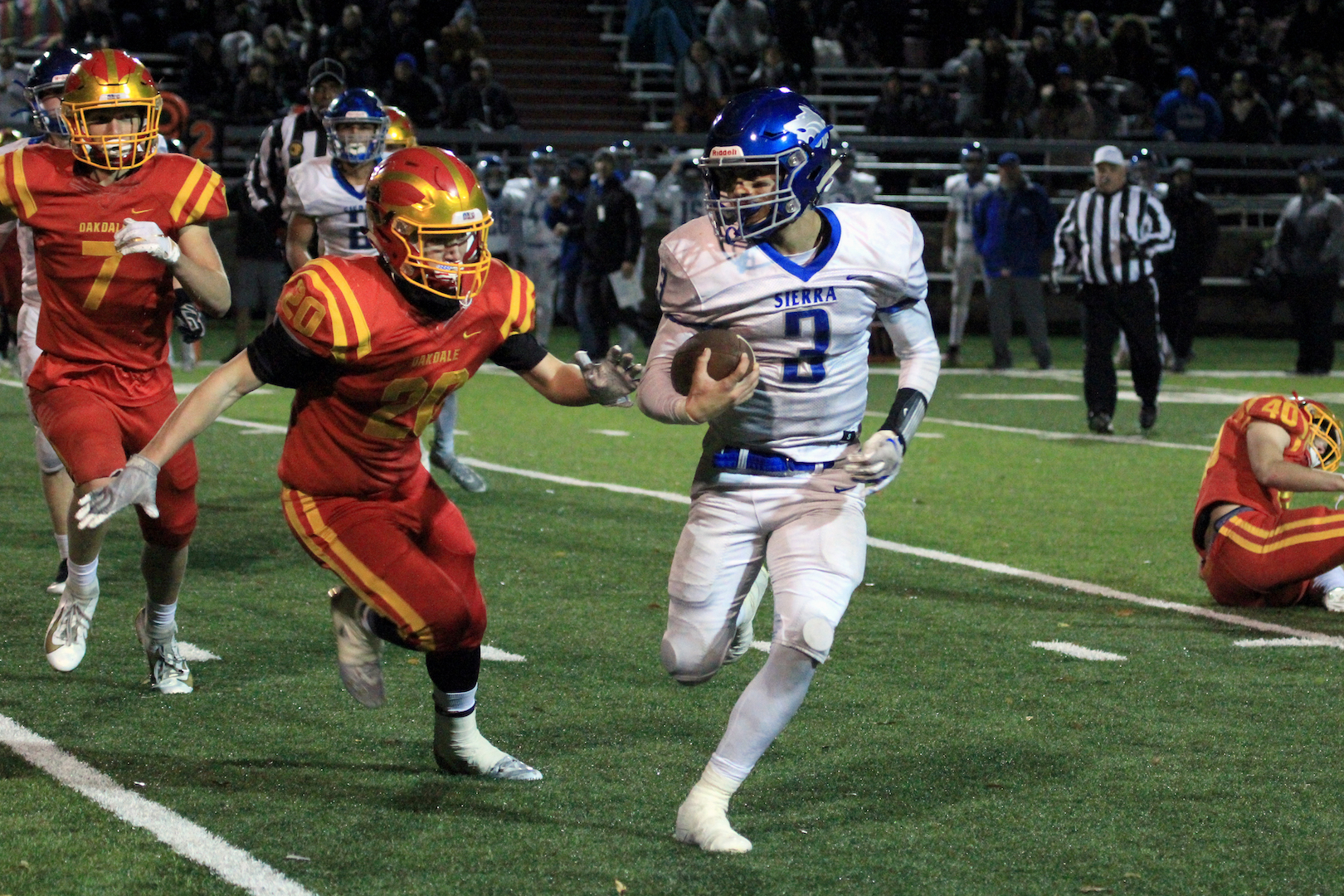 Nyco Mendoza can attest to that.

Mendoza, Sierra High’s senior running back/strong safety, hauled in a 58-yard scoring strike that put his team ahead, then intercepted a pass in the final seconds that thwarted the potential game-tying drive as the Timberwolves came from behind to beat the top-seeded Mustangs 22-19.

Instead of going to star running back on fourth-and-2, Sierra opted to go to the air. Quarterback Shane Johnson dropped back and spotted Mendoza about 15 yards downfield. His throw was on target and Mendoza leaped to high-point the ball. When he landed, he spun out of a would-be tackle ad raced the final 35 yards for the go-ahead score.

“We’ve been running it all week we said we’re going to score on this play and that’s what we did,” said Johnson. “We just capitalized on a good play.”

After pulling ahead 20-19, the Timberwolves made good on the two-point conversion to put themselves up by a field goal, and the ensuing kickoff went into the end zone and Oakdale set up shop at its 20 with 73 seconds remaining in one team’s season.

Sierra coach Chris Johnson said he had no reservations about bypassing star running back Kimoni Stanley on fourth down and calling for a pass.

“We’ve been practicing that play all week,” said Johnson, who guided Sierra to its first section title since 2015. “Nobody believed that this team would be as far than the people in that locker room.”

Quickly, the Mustangs crossed midfield and were nearing field-goal range when they took a shot at the end zone. But Mendoza picked off the pass near the five with 22.4 seconds remaining and ran out the clock from there.