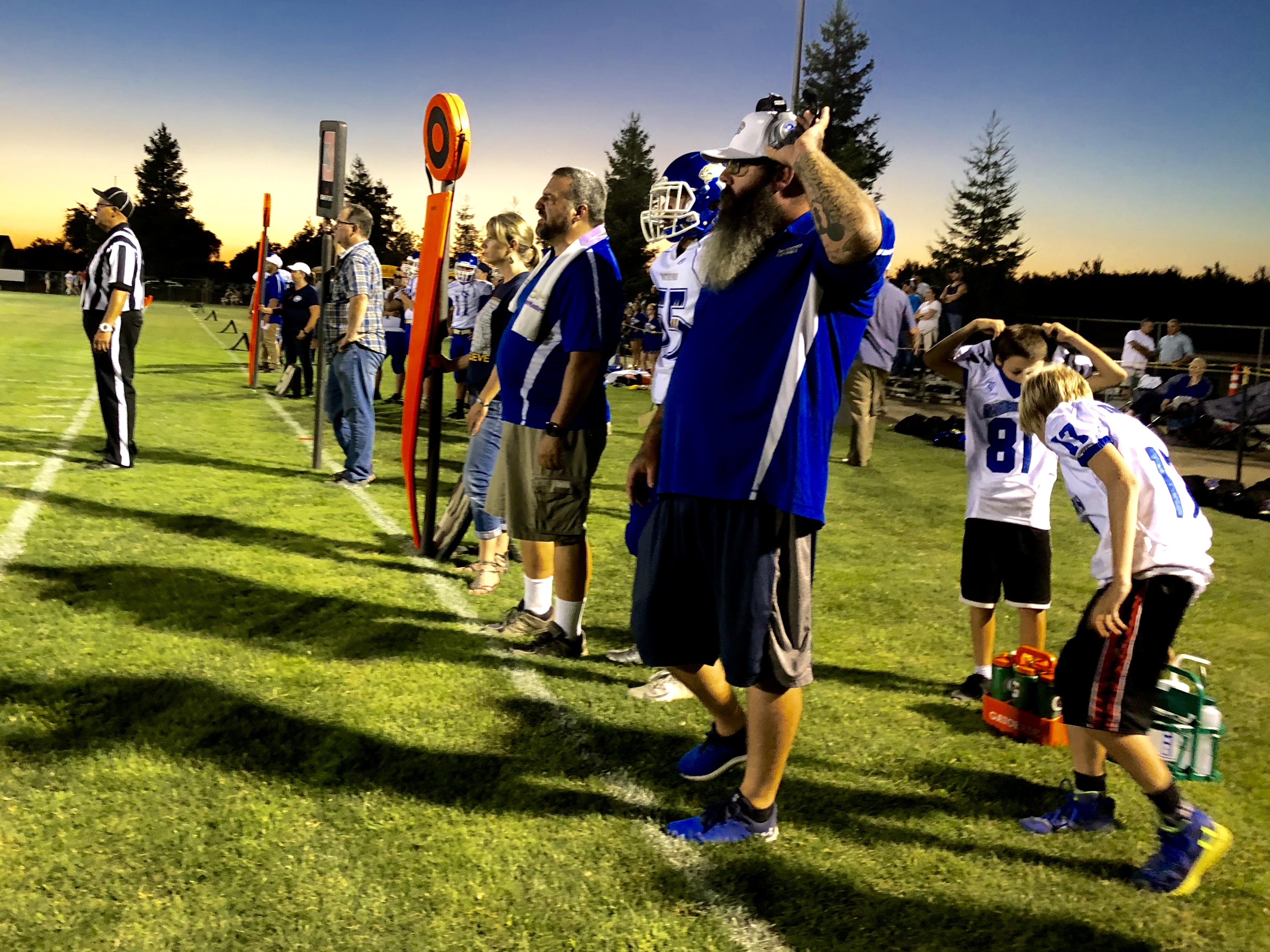 Too early to crush on 'Cats, who climb into ring with another ranked foe?

1. (1) Hilmar (4-0): The Yellowjackets were challenged for the first time this season on Friday evening, but in the end, their matchup with still-winless Sonora will be remembered as another blowout to start the 2018 season. Isaac Sharp ran wild in the win, producing 320 yards of total offense. Next: at Ripon.

2. (2) Escalon (4-0): Kaden Christensen picked up his first 100-yard rushing game of the season, erupting for 110 yards and two touchdowns in the Cougars’ rout of River City. Next: bye.

3. (3) Ripon (4-0): In their final tune-up before the start of TVL play, the Indians faced a physical challenge. Calaveras ran right at Ripon, forcing the speedy and athletic defense to play between the tackles. A 24-21 victory should give the Indians confidence it can win that style of football game in the TVL, where power football reigns. Next: vs. Hilmar.

4. (4) Modesto Christian (4-0): The Crusaders posted an impressive victory over El Capitan, rocketing out to a 40-0 halftime lead on the Gauchos. Hayden Sauser was nearly perfect in just a half of work, completing nine of his 10 passes. Modesto Christian is striking a balance, offensively, which should give defensive coordinators in the TVL nightmares. Next: at Riverbank.

7. (7) Denair (3-0): Dylan De Silva and the Coyotes broke open a tight affair with an impressive second-half surge. Denair outscored Stone Ridge Christian 36-8 over the final two quarters, with De Silva (21 carries, 187 yards and five TDs) doing most of the heavy lifting. Next: at Le Grand.

8. (10) Waterford (3-0): The Wildcats generated a lot of buzz with their 35-21 victory at Big Valley Christian, debuting at No. 10 in The Modesto Bee's small-school poll, but the real tests await. Waterford has surrounded quarterback Michael Vivo with multiple weapons, including speedy threats in Ricardo Ramirez and Jacob Stout, and the defense made life difficult for the Lions’ Javyn Drobnick. Can they sustain this pace in the Southern League. The answer comes Friday. Next: at Ripon Christian.

9. (8) Hughson (3-1): The Huskies have won three of their first four games, including Friday’s triumph over Summerville. However, the Huskies managed just 12 points against the Bears, who had been throttled by Ripon Christian just one week earlier. Next: at Livingston.

10. (9) Big Valley Christian (2-1): Injuries are a concern at Big Valley Christian, where coach Brian Berkefeld has the talent to compete for titles in the CCAA and Sac-Joaquin Section Division VII postseason. He's lost two starters in the last two weeks, including offensive lineman Anthony McDonald on the fourth play of Friday’s game, and the small-roster Lions can ill-afford another. Next: vs. Woodland Christian.